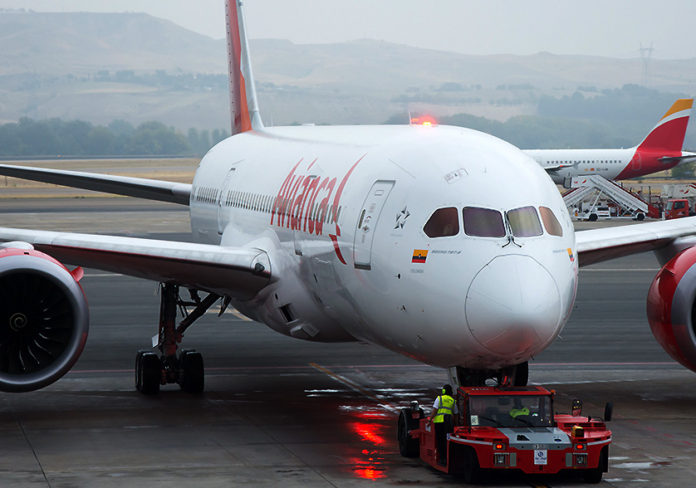 The on-going political turmoil in Venezuela and exacerbated by a general strike that has erupted into more violence and chaos on the streets of the capital Caracas, forced Colombia’s flagship airline Avianca to announce Thursday, that it is suspending all flights on its scheduled Bogotá to Caracas route.

According to a statement by the airline the decision was scheduled for August 16, but due to “operational and security limitations” the suspension now goes into effect immediately. The measure includes closing ticket sales on the routes connecting Caracas with Lima.

The airline has enacted its emergency contingency plans to re-arrange passengers on flights with other airlines, based on availability. Unreserved travelers will be reimbursed 100% of the value paid for their tickets.

Avianca is the latest carrier to suspend flights to Venezuela, joining Aeroméxico, Air Canada, Alitalia, Latam, Lufthansa and United Airlines. The Colombian airline has operated in Venezuela for 60 years.

On Monday, the U.S carrier Delta announced that its last flight from Caracas will depart September 17. The airline is currently down to a single weekly flight between Atlanta and Caracas.

The Avianca Boeing “Dreamliner” was completing a nine hour flight when at 36,000 feet and with 248 passengers on board, the plane’s collision-warning system was activated. The incident resulted in a diplomatic dispute between the neighboring countries.