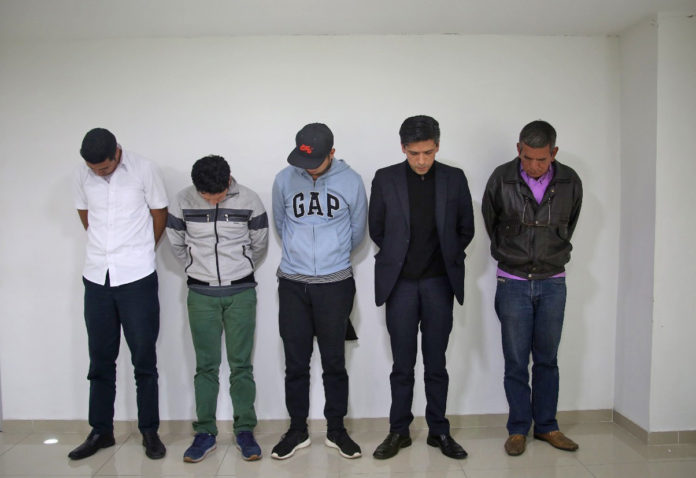 In a joint operation between the Attorney General’s Office and Colombian  National Police six people were captured and arrested for sending cocaine in vests from Bogotá’s El Dorado airport. Five of the detainees were employees of a commercial airline, and took advantage of the ease with which they could access the boarding lounges inside the international terminal and deliver cocaine-filled vests to drug “mules” of their crime syndicate. The vests were handed over to passengers before boarding flights to France, United Kingdom and Dominican Republic. Another person was arrested with one of the vests, but was not an airline employee.

The investigators from the Attorney General’s Office and National Police first detected drug-filled vests back in July 2016. A French citizen who had missed a flight to Paris was caught in a bathroom within the main departures area while trying to get rid of a rudimentary vest made out of tape and filled with nine kilograms of cocaine. Four other cases then surfaced in Bogotá and two at the Charles de Gaulle Airport in Paris. Four of the five airline employees were dismissed from their jobs before the arrest.

Security videos inside the terminal established how the criminal operation was carried out: three or four workers would enter the airport’s main terminal crossing the security filters without arousing suspicion. They would then take the employee elevator to the floor of the international departure exits. Inside a bathroom near the gates for flights to the U.K, France and Dominican Republic, they would arm and strap their mules with the cocaine-filled vests. On two occasions, the traffickers hid the vest inside their carry-on luggage.