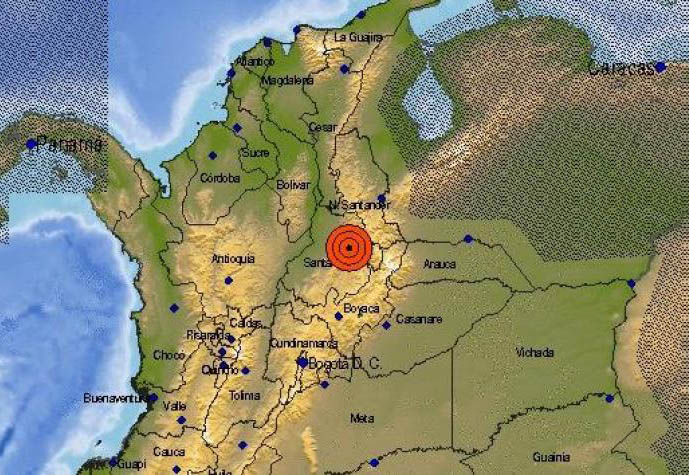 Just hours before the swearing-in ceremony of President Iván Duque, Colombia was shaken at 10:53 am local time by a 6.1 magnitude earthquake, with the epicenter reported by Ingeominas, the county’s geological institute, in the department of Santander. The earthquake was felt in the nation’s capital, Bogotá, as well as Medellín, Barranquilla, Ibagué, and in neighboring Venezuela.

A minute later, at 10:54 am, the same department felt an after-shock registering 5.8 magnitude.

Ingeominas is currently assessing the situation in this mountainous department and whose capital Bucaramanga is nearest to the epicenter. According to comments on Twitter, the earthquake was felt with intensity, especially in high-rise buildings, and was prolonged, lasted up to 10 seconds.