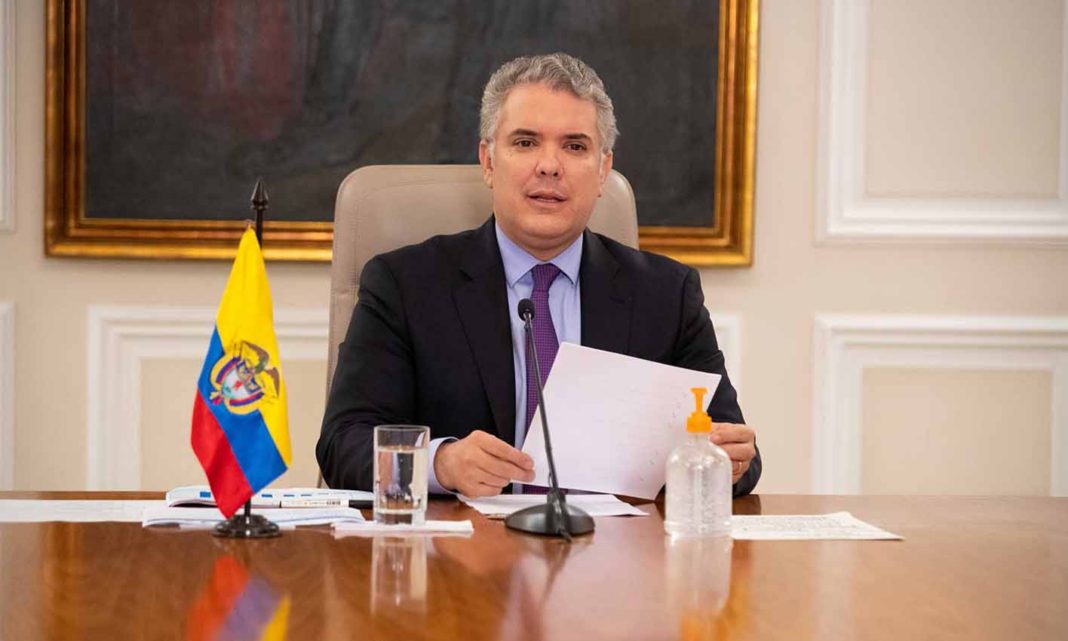 Colombia is on course for having one of the longest lockdowns of any nation impacted by coronavirus after President Iván Duque decreed a fifth extension of Obligatory Preventive Isolation to July 1.

The issue of Decree 749 came hours after he addressed the nation highlighting the country’s positive epidemiological data of COVID-19 in comparison with countries in the hemisphere and around the world.

Having initiated strict quarantine on March 25, Colombians braced themselves for the possibility a two-month lockdown when on April 13 an additional two weeks were decreed, then on April 27, another extension to May 11. A week before that deadline, President Duque extended yet again, to May 25, and date many citizens considered as a final decision before easing the country back into economic productivity for all. With coronavirus cases close at 16,000, Duque expressed to the nation that “one more week” of quarantine was required to maintain progress with the spread of the contagion and set a new deadline for June 1. The most recent deadline is now July 1.

Subject to a slate of decrees that began with the declaration of the National Health Emergency that closed all overland, water and air borders, on Thursday, President Duque did announce that as of August the tourism sector and airlines can receive bookings for international travel, given that the Health Emergency expires on Sept 1.

On July 1, Obligatory Preventive Isolation completes 98 days without the addition of the four-day “quarantine drill” enacted by Bogotá Mayor Claudia López on March 20. Combining Presidential decrees and López’s “drill” Colombians at the half-way point of the year will have spent 102 days inside their homes and lockdown that far exceeds the 76 days in Wuhan, China, where the virus originated, and a global average of 68 days.

For persons aged 70 or older Colombia’s quarantine extends to August 31, and more than five months in which seniors are under stay-at-home orders with limited reasons to be outdoors. When the National Health Emergency is lifted, experts will determine the implications on mental and physical well-being of the elderly after spending half a year indoors.

Exacerbating Duque’s recent lack of clarity with deadlines and timeframes after not revealing during Thursday’s address to the nation that quarantine would be extended to July 1 with a new decree, Bogotá Mayor Claudia López also enacted a city-wide extension of quarantine to June 15, even though the Presidency has allowed more sectors to resume operations as of June 1 – among them – the re-opening at 30% capacity of shopping malls, hair salons and specific retail outlets.

Confusion now reigns as to who gets to work and who doesn’t. According to López, the two-week quarantine applies to all residents including those who have been allowed back to work with Decree 749 and which permits under Articles 40, 42 and 43, “free circulation of those working in […] museums, libraries, professional and technical activities, general services and hairdressers.”

And complicating matters even further for Bogotanos, those residing in a so-called “Orange Alert Zone” of the capital remain in strict quarantine without the possibility of leaving their zones.  There are currently 14 Orange Alert Zones in the localities of Suba, Kennedy, Chapinero, Bosa, Antonio Nariño and Rafael Uribe.

Claudia López did not spare words on Friday to question President Duque’s decision “to open up almost all of the economy,” despite extending quarantine to July 1. “In the case of Bogotá, we are one month away from reaching the highest point of the pandemic. We need to work closely with mayors around the globe,” said López referencing Latin America as the new epicenter of COVID-19. “We need collaboration. I am not asking to not work with the national government, but those who will have to deal with the deaths of citizens are mayors,” claimed López.

During the last days of Duque’s “one final week” deadline, coronavirus cases in the country have reached 25,300 and accumulated death toll of 822 since the outbreak on March 6.