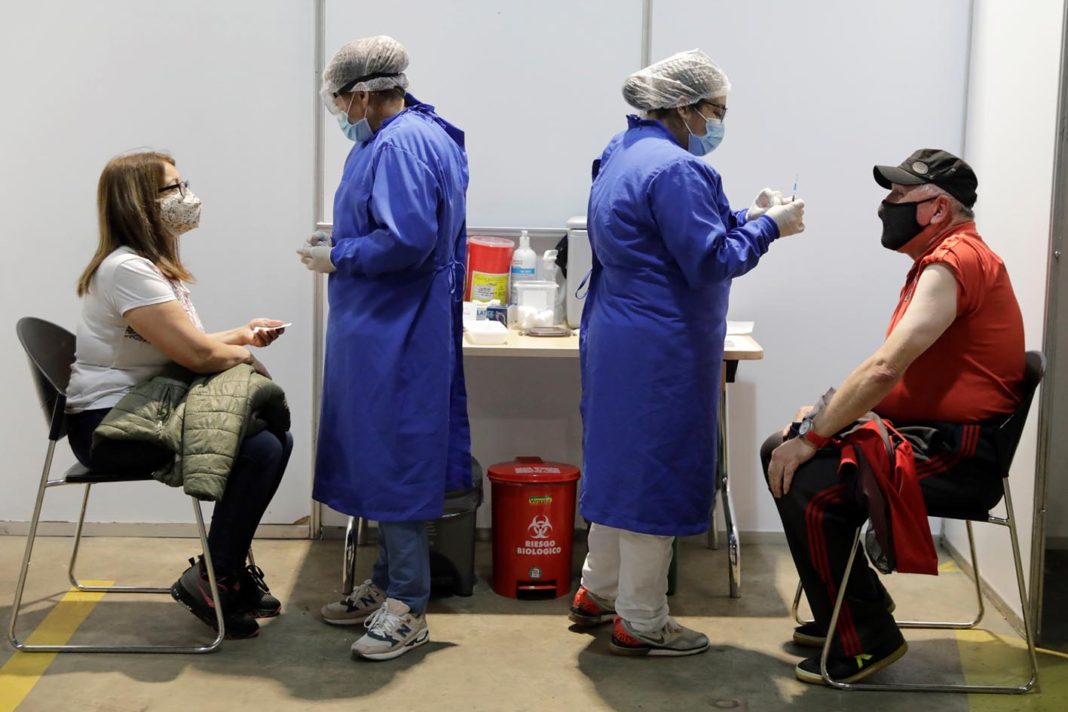 New cases of coronavirus in Colombia this week are averaging daily lows of 1,100 or highs of 1,700. To say the numbers are dizzying is an understatement, and while per-day increases are expected until more of the population gets inoculated, the encouraging news is that with each passing day, more patients of the disease are recovering, with active cases down to 15,647.

The total number of infections since the outbreak on March 6, 2020, stands at 4,957,277. The death toll at 126.299. On Thursday, the country registered an additional 38 victims of coronavirus, 34 from previous days and included in the most recent tally.

In terms of the vaccine roll-out, Colombia has surpassed 40 million doses at a moment when the country’s daily numbers of new infections are similar to those at the beginning of the pandemic. According to the Ministry of Health, 254,984 doses were given on Wednesday, despite depleting supplies of Moderna vaccines in Bogotá. Colombia now approaches 17 million persons having completed the full vaccination cycle.

“We are on track to meet our goal for the month, and also to meet our goal for the year, which is to achieve at least 70% of the population, 35 million Colombians with full vaccination,” remarked President Iván Duque. The National Vaccination Plan, launched on February 11, “continues to extend immunization in minors, a population that was not in the original plan,” highlighted Duque.

On Wednesday, the country received an additional 338,130 doses from Pfizer destined for pregnant women, persons age 12 to 17 and those who still need to complete their vaccination schedules. In total, Colombia has received 15.6 million doses from Pfizer, of which 1.2 million arrived as part of the Covax mechanism, co-led by Gavi, WHO and Coalition for Epidemic Preparedness Innovations (CEPI). “The agreement with Pfizer represents approximately 20% of the total vaccines purchased in 2021,” confirmed the Ministry of Health’s Germán Escobar. The United States has donated 6.9 million doses, and Spain, 2.1 million.