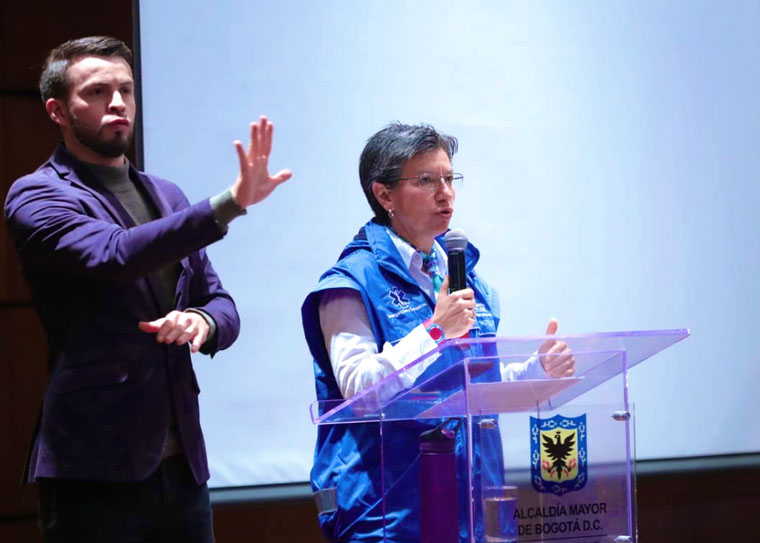 The Colombian government is following the example of foreign governments with draconian measures to contain the spread of COVID-19 in the country, announcing Monday a ban on all public or private gatherings of more than 50 persons.

And in a move to discourage Bogotanos from using mass transportation on the daily commute, the mayoralty is setting aside roads as temporary bike lanes during the health emergency caused by COVID-19. The addition of 117 km of designated lanes will connect the articulated bus corridors of TransMilenio along Avenida Caracas, Las Américas and Calle 80 from 6:00 am to 8:00 am and 5:00 pm to 7:30 pm. On Monday, Mayor Claudia López declared the Colombian capital in a state of “public calamity” with 28 confirmed cases of COVID-19 of a national total 54.

Classes for students of both public and private schools across the country have been suspended with the government bringing forward mid-term holidays. According to the government’s timeline, schools could resume on April 20 given measures under the Health Emergency decree to contain the outbreak of coronavirus. Universities will adapt to online education.

Daniel Quintero, Mayor of Medellín, also declared the city in a public calamity.

U.S carrier Delta Airlines has announced the suspension of its Bogotá and Cartagena flights.

The coronavirus pandemic has infected 179,000 persons and resulted in 7,000 deaths around the world in 10 weeks.