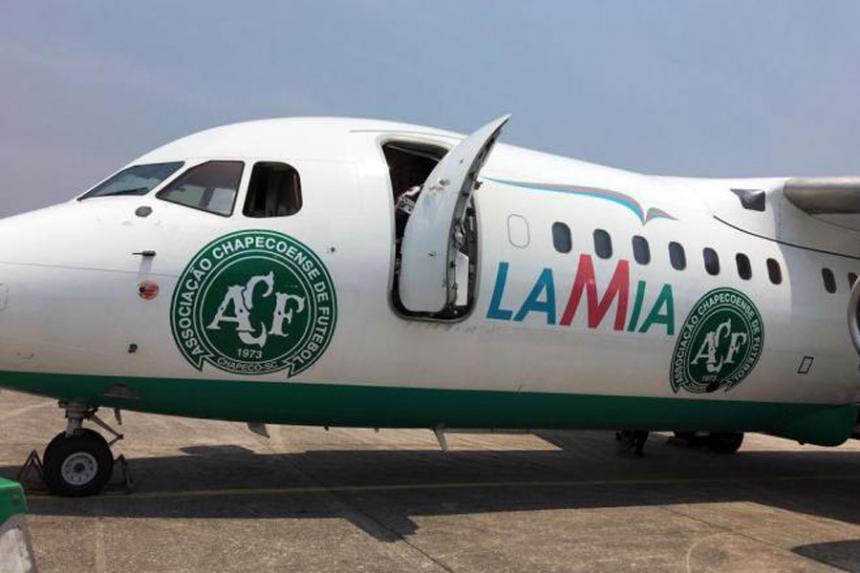 At least 71 aboard were killed. Alan Ruschel, a defender for Chapecoense, was the first player to reach a local hospital, and Jackson Follmann, a goalkeeper, has also been widely listed among the survivors, along with another player, a Brazilian journalist, and two members of the flight crew.

Marcus Danilo, a goalkeeper who was reported to have initially been rescued alive after the crash, has not survived, according to local officials.

In addition to the team’s players, trainers, and support staff, the plane was carrying nine crew members and several Brazilian journalists. Following the crash, Colombian aviation authority Aerocivil released the flight manifest with the names of all the people on the plane. (This was later determined to be an incorrect list that contained 81 names, four of whom never actually boarded the flight from Bolivia to Medellín.)

After about three hours of emergency response, search and rescue operations were suspended due to the heavy rains falling on the unstable crash site on the Andean mountainside.

By daylight, after emergency officials were able to begin working again, the full scale of the tragedy had become known. Their ongoing operations are now focused on removing bodies from the wreckage.

Two black boxes were recovered from the crash site. According to the airport control tower, the flight crew encountered electrical problems as it flew between the towns of La Ceja and La Unión in central Antioquia. But the cause of the crash remained unknown more than 24 hours after it occurred.

An investigation is expected to begin on Wednesday into the contents of the black box and whether the tragedy was the result of electrical failure, weather, some combination of both or something else entirely. Speculation has surfaced that the plane may have ran out of fuel.

The team was on its way to face Atlético Nacional of Medellín in the first match of the Copa Sudamericana tournament final on Wednesday. After departing from São Paulo on Monday, the team stopped in Bolivia and was making its last leg from Santa Cruz to Colombia’s second largest city when it declared an emergency less than 50 kilometers from its destination, according to Colombian officials.

The South American football confederation (CONMEBOL) has suspended Copa Sudamericana and all competitions on the continent, as football associations around the world are expressing their solidarity with the Santa Catalina-based Chapecoense. Atlético Nacional has asked to withdraw from the competition and for CONMEBOL to officially award Chapecoense the trophy.

Teams within Brazil’s top league have reportedly banded together to ask league officials to ensure that the devastated team cannot be relegated down to the lower division for at least three years. The club, which was founded in 1973 only recently returned to the top flight league in 2014 for the first time in more than 30 years.

Brazilian FC Barcelona striker Neymar expressed his condolences, and the team held a minute of silence Tuesday to honor the victims. Colombian Real Madrid star James Rodríguez also tweeted that, “Today the whole world cries, my condolences to the families and friends of #forçachape.”

Argentina’s national team announced it has suspended a friendly Under 20 match with Uruguay, and FIFA President Giovanni Infantino tweeted: “At this difficult time our thoughts are with the victims, their families and friends.”

Operated by the Bolivian company LaMia, the aircraft was a short-haul British Aerospace Avro RJ85 with tail sign CP-2933. The Avro is manufactured in the United Kingdom. A Reuters photographer at the scene of the crash said the plane had split in two with only the nose and wings recognizable.

As Brazilians awoke early Tuesday morning to news of the tragedy, President Michel Temer announced via Twitter three days of official mourning and expressed that his government would do everything possible to alleviate the suffering of the family members and friends of Brazilian football and journalism.

This story has been updated from its original version as the number and names of survivors reported by authorities has changed throughout the day. We regret reporting any incorrect facts cited by officials in the early hours of this tragedy.