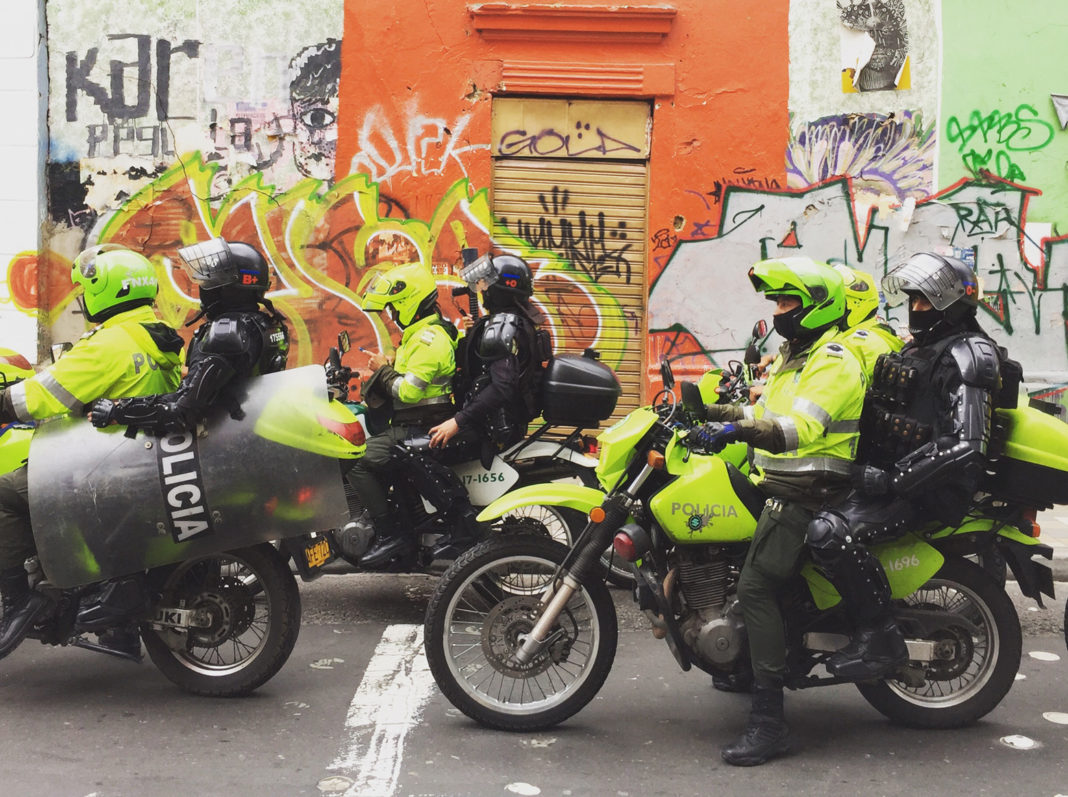 The rash of protests that blocked major roads last month in Bogotá, and resulted in widespread vandalism to public property and landmarks, including destruction to the façade of the National Institute of Education Credit and Technical Studies (ICETEX) has raised questions among residents as to the objetives of social protest that results in personal injury to bystanders and destruction to public transport. While peaceful protest is a right the State must guarantee citizens, the violence that broke out during recent student-led marches across the capital, especially in the downtown core, has cast doubt over the role of Esmad (Police Riot Squad).

The more than 10,000 strong marches have been generally characterized as peaceful, uniting students from both the public and private education systems. But, the presence of masked anti-socials with the sole purpose of using violence has discredited the objective of marches called to condemn corruption in Universidad Central. The clashes that flared-up at the student marches came during a week in which transport unions were also protesting over the heavy-handed – and allegedly arbitrary – suspension of licenses by the districts Mobility Secretariat.

The rotating street battles between Esmad and masked protesters outside Javeriana University, La Nacional, Distrital and Pedagógica prompted President Iván Duque to issue a con- demnation of the violence that left nine injured and more than 200 SITP buses vandalized. “The irrational attitude of the violent protesters cannot undermine the right to peaceful social protest, a right that is respected by the Government,” wrote President Duque on Twitter.

Mayor Enrique Peñalosa went on to warn students that their protests were being used by “opportunists” to cause riots ahead of the October 27 elections, and that there is no justification for these protests. “It is good to remind all students of the Distrital that they are studying thanks to COP$300,000 million paid by tax payers, as well as corporations, so they can get an education,” remarked Peñalosa during a press conference. The Mayor went on to state that, “no sites are off-limits to the authorities,” and even though the objective of the riot squad is to remain outside University grounds, “if stones are thrown at citizens and facilities attacked with explosive devices, we will have to respond.”

With more student marches organized for October, the verdict is out on how authorities will respond to more outbreaks of violence as witnessed Oct 10.