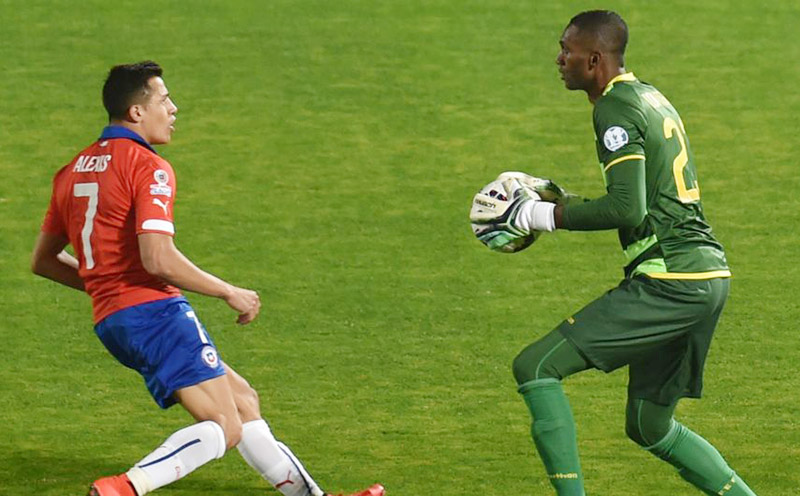 “Unidos Por Un País” is written on the back of the Colombia shirt and indeed as media coverage builds and buses, cafes and bars begin to buzz with excitement, people from all across South America prepare to be united by the oldest continental competition on the planet. On June 11, under the bright lights of the Estadio Nacional in Santiago, Chile, the 2015 Copa America kicked off.

This tournament has been graced by the greatest players of all time and has opened its doors to a new crop of exciting South Americans for whom the chance to attain a similar legendary status beckons. The world will divert its attention to the superstar names, Messi, Neymar, James, and Cavani, but with many of the teams rebuilding under new coaches, the 99th edition of the Copa America could prove one of the most fascinating and surprising Copas ever.

Host nation Chile will be under the greatest pressure to succeed in front of their own fans and finally live up to their tag as the golden generation of Chilean football. For many of the sides taking part, this tournament will be an opportunity to build momentum going into October’s World Cup qualifying matches, and for Chile momentum has been built as they hope to lift their first Copa trophy on July 4th.

Armed with a team of both quality and experience, Chile are definitely among the favourites, though European based stars Alexis Sanchez and Arturo Vidal have endured long and tiring seasons, and it remains to be seen whether they can continue their form into the tournament. Coach Jorge Sampaoli will hope his team can continue their impressive form from last year’s World Cup in Brazil and take advantage of their home support. His job may very well depend on it.

In order to secure victory, however, Chile will need to overcome the traditional big teams of South America, who each enter the tournament with something to prove. Favourites Argentina will be lead by new coach Gerrardo Martino, who will be looking to galvanize an Argentinian team that narrowly lost in last year’s World Cup Final and claim a victory that would be considered long overdue. Since winning the 1993 Copa America, the Argentinian national team have failed to secure any senior titles and time is running out on this remarkable crop of players, lead by talisman and Captain Lionel Messi, to achieve the success that their talent deserves and the Argentine public demands. Argentina arrive as firm favourite, but will ultimately be seen as failures unless they are able to raise the trophy.

Brazil, a country whose football team carry the pride and reputation of their nation on their yellow shirt, travel to Chile trying to restore their identity, which was so damaged during the World Cup. Negative tactics, languid performances and their Semi Final 7-1 defeat to Germany, left the Brazilian team in crisis and its reputation in tatters. Under new manager Dunga, Brazil are looking more balanced and will hope to use this tournament to continue progressing and generate momentum going into October’s World Cup Qualifiers. Dunga has reinforced the Brazil defence, and with key man Neymar, Brazil will always be a threat. Their group match tie against Colombia will see a rematch of the two’s bitterly fought World Cup Quarter Final match, and will go a long way to demonstrating the progress of this new Selecao.

Brazil and Argentina may headline the interest that the Copa America receives, but many other sub plots will also be unravelling. Will Colombia be able to continue their success from the World Cup and show they are more than just exciting contenders? Will Uruguay be able to rise from the loss of banned striker Luis Suarez and show they are more than just their superstar forward in order to retain their title? Will Ecuador or Paraguay finally take their place at South America’s top table and how will the continent’s lesser sides in recent years develop, especially in the cases of Bolivia, Peru and Venezuela And who will be looking to evolve into teams to be taken seriously again, along with Central American invitees Mexico and Jamaica, whose young teams form the tournaments unknown packages .
Though the Copa America is often the launch pad for South American teams to ready themselves for future matches, the continent gets ready to be enthralled by the trials and tribulations of its national teams during this tournament. From the bustling ports of Ushuaia in the south to the gravity defying favelas of Caracas in the north, football is set to unite South America as its biggest superstars compete for their places in history.