Visitors are often surprised to find out that Colombia is home to one of the world’s largest populations of people of African descent outside of the African continent. The nation celebrates its incredible ethnic diversity this May with African Heritage Month, and Bogotá will host a number of cultural and educational events commemorating the history and culture of the Afro-Colombian population while leading the fight against racism and discrimination.

The month-long celebration kicked off at the end of April with a special presentation by Ali Moussa, chief of the History for Memory and Dialogue Section of UNESCO and director of the organization’s Slave Route Project. In tracing the slave trade – both past and present – around the world, the Slave Route Project hopes to increase global understanding of slavery’s historical, social and cultural impacts.

“This incredible and still-hidden tragedy, its modalities and consequences, its profound causes have still not found their place in history,” said Moussa in an interview with representatives of the Universidad Nacional.

African Heritage Month, established in Colombia in 2001, hopes to draw attention to an often overlooked history and increase the visibility of the nation’s considerable black population. According to a 2005 census conducted by the National Statistical Department (DANE), approximately one in five Colombians has some African ethnic heritage. About 75 percent of the nation’s population is of mixed or multiple ethnic backgrounds.

Despite the ubiquity of racial diversity, discrimination based on skin color remains a significant concern in Colombia, and many of the country’s poorest cities, neighborhoods and regions are of primarily African descent.

In an effort to increase awareness of the challenges still faced by Afro-Colombians, UNESCO, along with the Ministry of Culture and the District Secretary of Culture, Recreation and Sports will hold public dialogues, artistic presentations and forums with experts on the global African Diaspora. Discussions will range from historical analysis of the European slave trade to a look at modern forms of slavery and the impact of African cultures in the New World.

Organizers of African Heritage Month point out that May is not just about black Colombians, but also a time to reflect on and remember all human rights struggles and to condemn discrimination for any reason. Indeed, modern slavery knows no ethnic boundaries and many groups in Colombia and around the world face prejudice for a number of factors other than skin color.

A nation famous for its diversity of wildlife and ecosystems, Colombia also boasts a profoundly diverse population, so make sure to take some time out this month to celebrate the rich social and cultural heritage of the Afro-Colombian community. 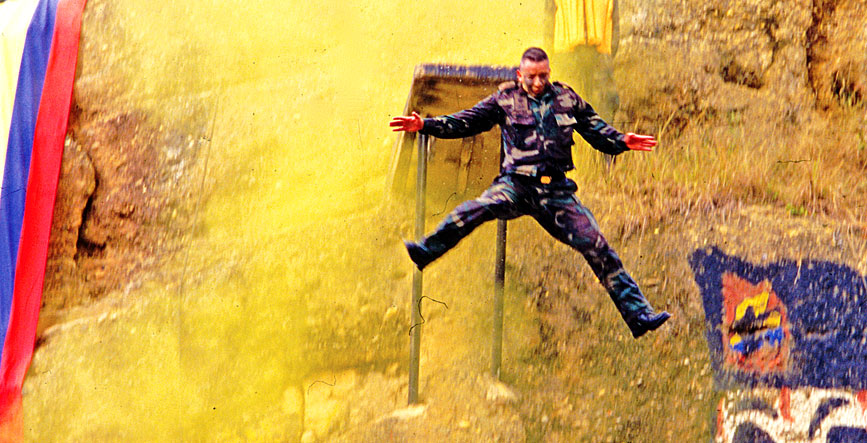 Commando for a day