The instructions seem easy enough, my car steady. Álvaro, a well-intentioned mechanic from Espinal, Tolima, assures me “it’s an easy drive” to Chamba. He knows the hamlet exists vaguely, and confirms the obvious “it’s off the Pan-American Highway.” But how “off” is always a key question when touring the Colombian road. “Cross the suspension bridge over the Magdalena River, take the main highway and when you reach billboards for La Mona turn left.” Information that puts Waze to shame, I think to myself.

I venture West, leaving Bogotá’s urban sprawl in search of a town that lends its name to pottery so unique and essential to the Colombian table. The drive from Bogotá to the Magdalena River valley takes me through the resort towns of La Mesa, Anapoima and Apulo, and typical pueblos built around blue tile swimming pools.

In three hours I pull into Girardot’s main square overlooking the languid river flanked by the three-tier market, built at the turn of the last century. As Girardot was a port town where goods arrived by boat from Barranquilla and beyond, the market flourished here. Today, it’s an obligatory stop on the road to southern Colombia.

I start looking for La Mona, Alvaro’s key landmark. Charred and exposed under the midday sun and caressed by the exhaust from passing cars, the stuffed pigs of La Mona Original are a gut wrenching sight. Stuffed with chickpeas and rice, the home of the traditional Lechona Tolimense is doing brisk business. I stand in line to pluck at pork rinds. Whoever La Mona is – or was – she seems to have been cloned by all her off-spring. After chewing off some greasy chicharrón and a plate of pulled pork, just down the road, I see half a dozen other “Mona” grill pits.

I finally find the exit road next facing the steel trays of La Mona. Entering rice fields and acacia trees, gravel soon turns to dust. After twenty minutes swerving potholes, I arrive at Chamba. This Colombian hamlet is rich in fruits, general supply stores, yet the houses have tilted on decayed wooden legs. The sale of wild mangoes and avocados brings in much-needed cash for local potters. And in terms of tourists? The numbers can’t fill one page of a guest book.

On the front porch of every thatched hut are rows of plates and bowls. Being the only outsiders in town, we have the pick of the pottery. Luz Maria Rodríguez extends her elbow to greet me, her hands caked in clay. She escorts me into her courtyard where she has been sitting all morning working the black earth. Her husband José Angel is glad to have guests in his village and eager to show me his disheveled garden orchard. Stepping over shards of broken pottery and decaying banana stumps, I join Luz Maria at the pottery wheel. There is no talk of having me buy chamba, just a genuine interest in explaining what makes this pottery so black and beautiful.

Chamba’s pottery is naturally dark, thanks to the sediment of Magdalena silt. By mixing volcanic ash with coarse sand, the women mold their creations before placing them in ovens to dry. Once the objects are cured by the tropical sun and fire, they are polished with an agate stone.

Luz Marina laments that times are tough in Chamba. Although the plates and bowls can fetch a good price in Bogotá, the return for their work is marginal given rising costs of transporting by merchandise and the deep cuts taken by wholesalers. As she polishes-off a flower vase with a pink agate, José Angel hands me some green bananas cut from his garden. It’s a generous gesture from an elderly man who lives to put food on his plate and buy expensive medication for his wife’s cancer.

I stock up on plates and serving bowls from Luz Marina before hitting the dust again on four wheels. As the afternoon casts a golden hue over grazing cattle, I am overwhelmed by the expanse of this fertile valley and generous spirit of Chamba’s forgotten artisans. 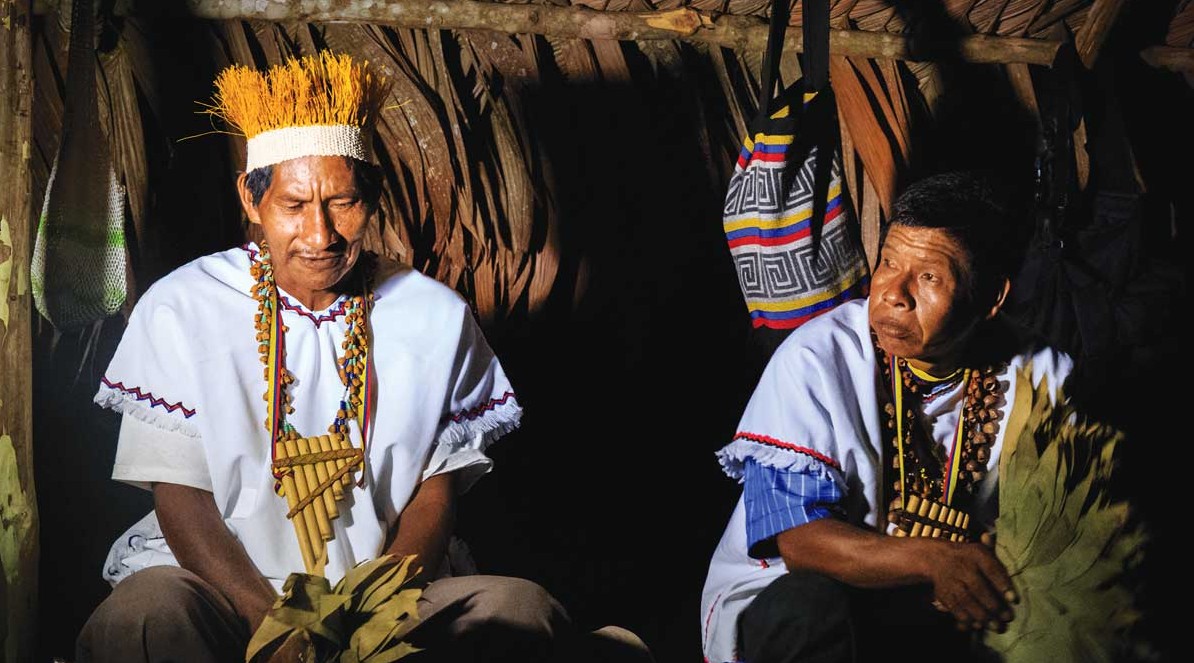 Reclaiming past and future in Colombia’s Amazon