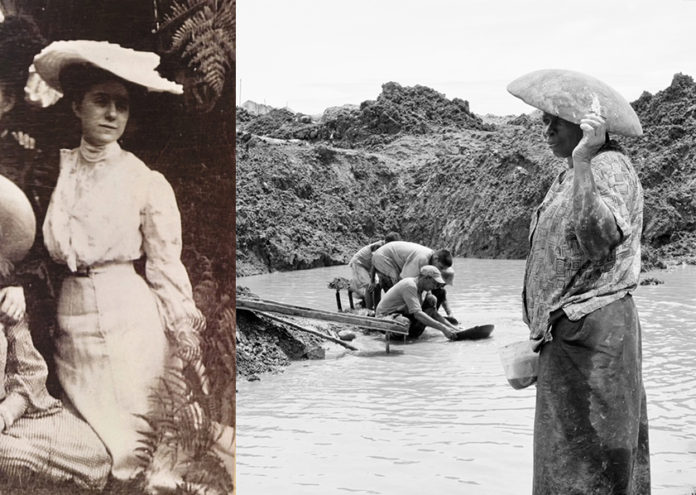 “Yes, there is a British section in the cemetery here, but it is much too dangerous to visit.”

Shortly after this declaration over lunch, more than 20 years ago with the British Ambassador in Caracas, Giles FitzHerbert, my wife and I ignored sound advice and found ourselves reading headstones and poring over ledgers to try to find evidence of the resting place of Great Aunt Vera, my Grandfather’s sister. But, the Venezuelan cemetery chase came up short.

The family vault in London was inscribed “Vera buried in South America.” Vague oral history suggested Venezuela, but in the absence of living relations, no more intelligence was available. The scent had gone cold, until a chance conversation with an academic researching the history of our house in England. “There’s a department in Somerset House which records deaths of British Nationals overseas – but it’s a long shot as there is no legal obligation to record these unless reported to the relevant British Consul,” advised the historian. To my unexpected delight a death certificate emerged recording Vera’s death in 1929 in El Pato, Colombia, which was reported two months later to the British Consul in Medellín, Charles Maxwell Davidson. According to the certificate, Vera was 45 when she died and described as a person “of independent means.”

Born in London in 1883, clues of Vera’s early life were familiar to family and relatives. She attended Miss Buss’ North London Collegiate for Ladies, a leading Public school, before embarking on a Grand Tour of Europe in a horse-drawn carriage.

She returned to England at the outbreak of World War I in 1914, and became a wartime nurse in France attending to the wounded and shell-shocked. From Flanders’ crater ravaged fields, to her arrival in Barranquilla, on November 8, 1928, and a decade after armistice was declared in Europe, Vera Marian Wickes found her calling among the miners of Colombia.

When I joined the board of Thomas Greg & Sons, the search for Great Aunt Vera’s grave began to take shape once again. But, the area where she was purported to have been buried was a ‘no go’ zone given the active presence of the country’s two guerrilla groups, the National Liberation Army (ELN) and Revolutionary Armed Forces of Colombia (FARC).

Nestled in the foothills of the Oriente Antioqueño, the town of El Pato, barely makes a map and was the remote tropical outpost for an alluvial mining operation owned by the British called Pato Gold Company.

Whenever I declared my intention to visit it, to try to find Vera’s grave, I was met by resolute objections, not least from President Andrés Pastrana, his then Interior Minister Humberto de la Calle, and General Jorge Tapias, commander of Colombia’s Armed Forces. Successive British Ambassadors and the president of my company also had ample reasons to discourage me. But I never gave up hope, and continued intermittent research, including records of the original mine, maps of possible routes to reach it, and evidence of its destruction in 1952.

The emergence of family photograph albums, a watercolor portrait of Vera, stories of her serving as a nurse in The Great War, evidence of her intrepid travel worldwide, a record of her passage on the liner “Flandre” and notebook of romantic verses and sayings, fuelled my ambition to retrace her steps in Colombia. Discussion of the effectiveness of President Juan Manuel Santos’s peace accord with the country’s oldest guerrilla insurgency, FARC, over lunch with an old political contact and distinguished observe in Bogotá, back in 2014, coincided with my telling him of the personal project. This immediately kindled his enthusiasm that came to a head in late 2017. “It’s not a journey for a gringo to undertake alone. I’m coming with you,” said Miguel Silva. He made contact with Andrés Restrepo, CEO of Mineros de Antioquia, and the successor company to Pato Gold, whose mining activities continue along the Zaragoza River.

It was established that El Pato could be reached via the navigable Magdalena, Cauca and Nechi rivers that cut their way through the department of Antioquia, and an itinerary was quickly put into place. After a survey of the Magdalena delta, tour of the historic Customs House in Barranquilla (including a journey by a rickety cart on rails to the river mouth at Bocas de Ceniza), a boat was hired in Cartagena to take us deep into the interior. This was to take an enlarged party –including my apprehensive wife, a son resident in Colombia and news photographer – via the Canal del Dique to join the Magdalena at Calamar en route to Mompox. From there, a boat contracted by Mineros S.A would take us upstream to El Bagre with the appropriate “invisible” military protection ashore.

My obsession with Vera’s past was about to be fulfilled. The first stage to Mompox, alleged to take six hours, culminated in our stopping several times to free the propeller from weed, and then running aground after 15 hours. The boat was abandoned (after being pushed free by the passengers). As we scrambled ashore at the dead of night, a military patrol looked suitably startled and a statement of our benign motives averted us from being arrested.

The town that served as a base for Simon Bolívar’s Independence campaign was reached atlast, by road. Time was taken to restore our stamina and redefine our plans over more sophisticated maps. Numerous toasts with tequila to Aunt Vera over dinner were accompanied by rhythmic beating of fists and the repetitive cry: “Find the grave!”

The Mineros boat proved to be much more suitable for the purpose, and made good speed at 30 knots under the competent driving of ex military boatswains zigzagging upstream. They accelerated through stretches known to be under ELN influence, peace talks with the government recently suspended.

After the utterly deserted lower reaches of Magdalena’s great artery flowing through Colombia, there was minor activity on this wide river that is bedeviled with silt. Diversions included seeing cattle tied to the sides of primitive boats swimming with their heads barely above the level of the water being transported from one side of the river to the other.

As we turned from the main Magdalena river into the Cauca tributary, riverbank work to
combat erosion turned into a new phenomenon – dredging in stream by illegal miners. These activities are either sanctioned by long artisan use, or protected by obtuse legal processes. The lower extent of the middle Andean Range came into view as we reached the Río Nechí (“River of Gold” in the indigenous language), eventually arriving after a leg of 300 kilometers to the sweltering mining base of El Bagre, where Mineros S.A. has a base camp. The local manager greeted us warmly, and was unable to recall any English people visiting during his  27-years there.

On the following day we were taken further upstream to the original main city of Antioquia, Zaragoza, founded about 1580, but now a sad relic with no evidence of its past importance. This was to be the route to El Pato, and throughout the day, contact was made intermittently with the local military commander. Sadly, his resources were fully committed to an imminent engagement with paramilitaries who had not disarmed despite orders. Whilst this concluded successively with the death of their leader, the circumstances rendered it impossible for the Army to spare soldiers to escort us to our nal destination. The brigade commander strongly advised against our going further. Not being of nervous disposition, this was particularly disappointing for me, but it would have been foolish to ignore this advice, which was duly reinforced by the Mineros security team (ELN’s activities had included destroying one of their dredgers). The reaction of the president of my company and British Ambassador should things go wrong needed little imagination. However, Miguel revealed that he knew that Vera’s grave had been found nearby. He had honored my plea to keep me in the dark and the mining company had willingly imposed a news blackout. El Pato itself has been devastated by illegal mining, but a local woman had reported the existence of a “gringo cemetery” and had recruited help to cut through dense undergrowth to reveal not only a substantial tomb, but a handsomely engraved tribute to Vera.

The display of the photographs caused an emotional reaction from my family members. The search had been completed after a thrilling expedition but without the ultimate satisfaction of seeing the grave despite the magnificent assistance of Mineros.

On the next day we were greeted in Medellín by Andrés Restrepo. He had been so enthralled by the story that he had laid on every- thing, but felt inhibited from intruding personally on our venture. He generously offered to fly us back at any time once the security situation calmer and suitable military protection was available. “Our home is your home” he declared – and now Great Aunt Vera could rest in peace in her adopted land of Colombia. While it remains to be found out what took her there in the first place – my mission was accomplished after 25 years.

About the author: Charles Goodson-Wickes is a qualified Physician and Barrister and former Member of Parliament. He was the Founder Chairman of the Anglo-Colombian Parliamentary Group and was Director General of Canning House. 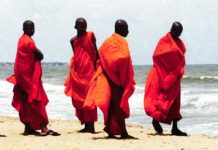 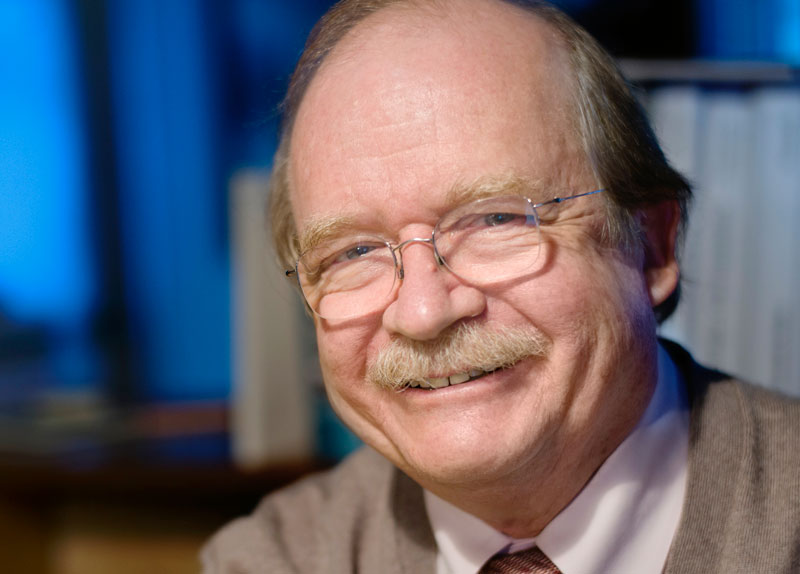 Villegas: A man of books