Giancarlo Mazzanti’s architecture is transformative: it changes not just a landscape, it changes people. As one ascends into the shanties which skirt Colombia’s second largest city, Medellín, three black towers rise up towards the sky, breaking with the monotony of terraced houses built precariously on the side of what was once a green Andean slope.

During the 1990s, Medellín was considered one of the world’s most dangerous cities, engulfed by crime and the seat of a notorious drug cartel run by Pablo Escobar. The commune of Santo Domingo, like many other comunas, was a violent place, off-limits to many locals, let alone, foreigners.

In 2005, the City of Medellín and the Government of Antioquia began a profound process of urban transformation and one directed at integrating many of this capital’s “red zones” back into the social fabric by recovering derelict and high-risk public spaces.

The ambitious idea to build the Biblioteca España (Library of Spain) in a shanty was commissioned to a Medellín outsider of sorts, the Barranquilla-born architect, Giancarlo Mazzanti. After two years, the library and adjoining park complex were completed, resulting in Mazzanti’s jagged towers visible from every nook of the Aburrá valley.

The Library of Spain is a manifestation that with clear political rules and transparent governance, a mega project in the hands of a skilled architect can be an agent of change, bringing communities back from the brink of exclusion and segregation.

Even though Mazzanti maintains that this “Glasshenge” is not a signature work, but rather a team effort by his Team Mazzanti, the functionality and social objective of this public library put his name on the world’s map of innovative architects.

In 2008, Mazzanti won the VI Latin American Biennial of Architecture in Lisbon and the Department of Architecture and Design of the Museum of Modern Art (MoMA) in New York acquired the original model of the Library of Spain. He is the only Colombian architect to have work housed at MoMA.

“The value isn’t in architecture as an end in itself,” states Mazzanti from the lofty interior of an office space in Bogotá. “What makes the difference is what architecture can generate in the social life of peoples.”

Influenced by the concrete revolution of English architecture in the 1960s and 1970s, and which saw an expansion of urban developments for post-war Britons, Mazzanti came to architecture in a very different landscape: a port city of “contradictions” and diversity – Barranquilla.

In a city settled by Middle Eastern merchants and European immigrants, this son of a Colombian mother and an Italian father born in Paris, began looking at plants and flowers before looking at buildings. For his father, Alessio, it was important to be passionate about history, travel and the world at large.

The family toured America, Europe, and in time, this fledging biologist, turned his sights on a profession, which could equally be organic as biology: Architecture.

Upon graduating from the Javeriana University in 1988 and completing postgraduate studies at the University of Florence, Giancarlo was taken in by Cino Zucchi, the Milanese architect known for his innovative residential projects. After several years in Europe, Mazzanti, decided to return to Colombia and set up his base in Bogotá. The architect began competing for projects, which involved revamping – and rethinking – educational facilities.

“I am interested in architecture as performance,” states Giancarlo as he offers a guided tour of his office, where some 40 architects are seated in front of computer screens mapping and digi- tally working on plans. “Technology has speeded up the pace of our profession,” he states, while reaffirming that besides having all the tools at his disposition, the real focus of Team Mazzanti is to build things for the “pleasure” of doing so.

Functionality is at the heart of Mazzanti’s manifesto and structures should be at the service of people rather than the ego. Even though his team has been compared to a “collective,” it’s more of an open collaboration, which often reels in different architects with different perspectives. “The process of design isn’t sitting behind a desk. It’s a conversation. We create strategies rather than drawings. We define behavior rather than form.”

Mazzanti is obsessive with modules and processes. Part of a generation which grew up on Lego, the architect proudly points to one of his more recent creations: a glass incubator in which guests are encouraged to put their hands in rubber gloves and assemble structures based on wood blocks and painted cutouts. Mazzanti’s translucent box was exhibited last year at the Reina Sofia National Art Center Museum in Madrid as an exercise of the importance of citizen’s participation in the construction of ideas.

In the south of Bogotá, one of Mazzanti’s structures is living proof of this exercise. Cazucá is the Colombian capital’s equivalent of the Santo Domingo commune and an impoverished neighborhood where crime is endemic. Asked in 2012 to build a 2,200-square-metre canopy to cover a concrete plaza which served the inhabitants of Cazucá as their much-needed recreational space, for Mazzanti the project was hardly daunting, but a social challenge. And at the heart of the project was the problem that gangs didn’t allow locals to fully enjoy their square.

Shakira’s Pies Descalzos Foundation sponsored the renovation and Mazzanti’s team set out to construct a green steel canopy which would not only provide much-needed shade, but also break the mold of what the locals expected: another drab structure.

In the hands of Mazzanti, the canopy gave the barrio a whole new look and even managed to convince gang members that the plaza was simply too cool and too necessary to vandalize. Cazucá’s ‘Tree of Hope’ can been seen from other neighborhoods across Soacha and reaffirms how certain architects build to change perceptions, rather than compete for the most lucrative projects.

According to Mazzanti, by adapting architecture to a specific setting, authorship begins to dissipate and the real functionality of space takes over. For the 2010 South American Games in Medellín, Mazzanti conceived four sports arenas with undulating green roofs. Expanding upon the success of these coliseums for the enjoyment of the locals, the Mayoralty then built a fifth, proving how creative architecture can be adapted and can respond to the needs of a city.

As the distinguished winner of the 20th Colombian Architecture Biennial in the category of public space in 2006 and with a long list of works to his name, Mazzanti, has lectured at Princeton University and Harvard’s Graduate School of Design. This year, he starts his duties as a professor of Architecture at Columbia University in New York.

“If we are not capable of teaching our students from a stand point of generosity, we end up building societies based on animalistic competitiveness,” states Mazzanti.

Yet, for one of Colombia’s most condecorated architects, Bogotá remains a work in progress. Political indifference has stalled many projects, including one which he proposed, and which would transform a vital artery of city’s centre: the underpass of the Calle 26. Known as the Parque Bicentenario (Bicentenary Park) project, the idea was to unite both sides of the Calle 26 near the intersection of the Carrera Séptima with a much-needed green space allowing not only the articulated TransMilenio buses to use the underground corridor, but for pedestrians to stroll above, in gardens and a potentially vibrant cultural space.

For Mazzanti, the highly-politicized debate in Bogotá over this Parque shows how the capital remains adverse to innovation. “We cannot keep working behind closed doors,” he states.“We cannot work with fear.”

As one gazes up at the Library of Spain in Medellín one could assert that certain structures have an emotional core. They not only define a physical landscape, but a sacred inner space: one constructed by particles, matter and memory. This is the power of an architect. Call it, the Mazzanti “effect.” 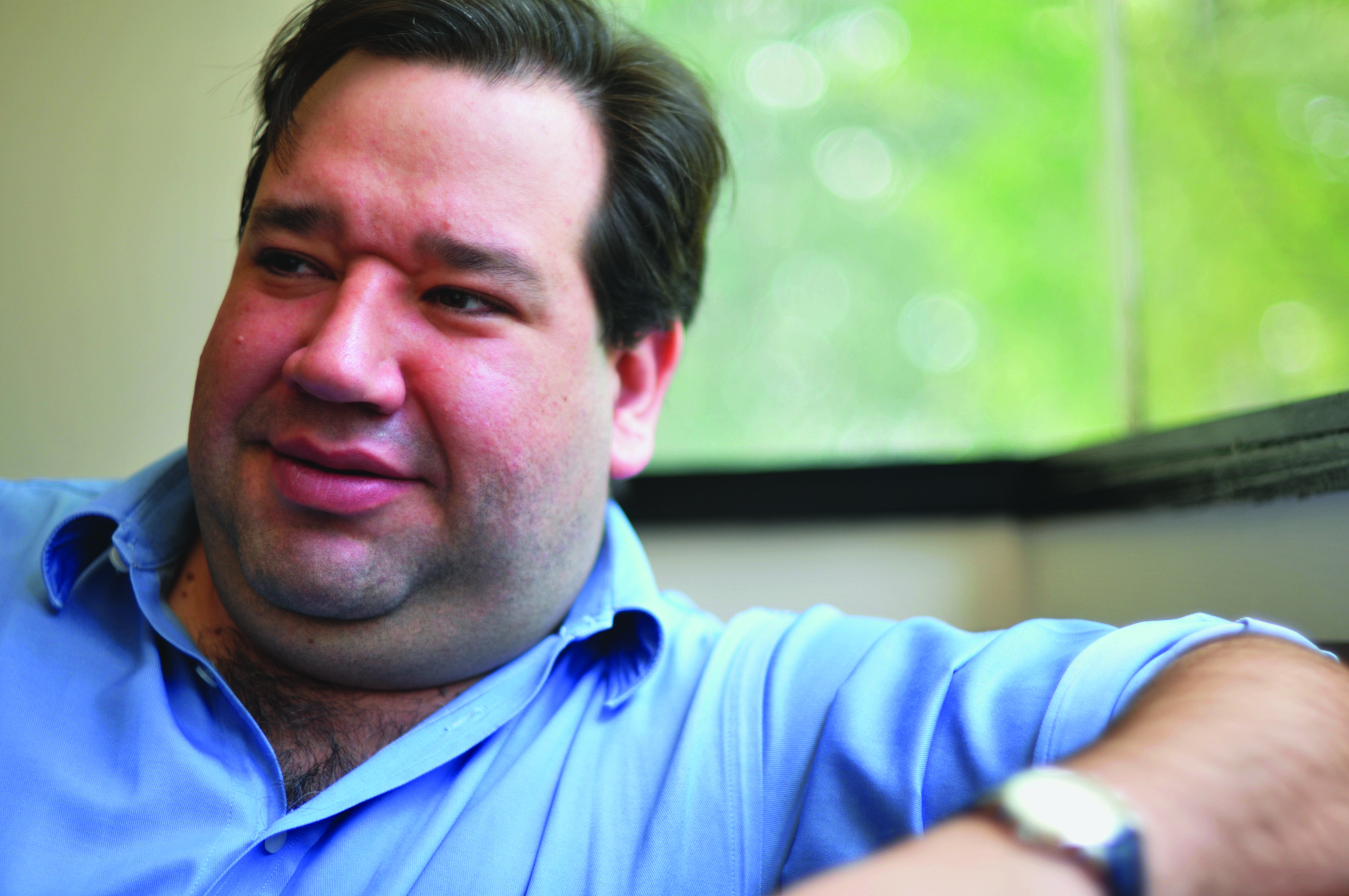 Valeriano Lanchas: the baritone from Bogotá