In Colombian folklore, the god Ares created Tena and Fura, the first man and woman, to populate the planet in exchange for eternal youth. When the latter proved unfaithful, Fura died of old age and Tena stabbed himself through the heart. Taking pity, the deity turned them both into stone, to remain forever beside one another. Fura’s tears ran deep into the ground, emerging as dark green emeralds.

The Tena and Fura crags, 500 and 840 meters high, respectively, are the official guardians of the Muzo mining zone, located in the central department of Boyacá. The unofficial guardian, emerald czar Víctor Carranza, maintained a fragile order over the region, until his death from cancer in April 2013. Following a series of industry assassinations and decreasing exports, the Colombian state risks losing its hegemony over both the emerald pits and international markets.

Colombia’s emerald deposits are uniquely formed in sedimentary rather than igneous host rock, and are thus universally superior in terms of size, purity, color, and brilliance. Throughout Víctor Carranza’s reign, Colombia sold on average over half of the world’s emeralds every year, followed by Brazil and Zambia, predominantly to consumers in the United States and Asia.

Along Bogotá’s Avenida Jiménez, huddles of emerald dealers exchanged white envelopes with rough stones for wads of cash. In the restaurants surrounding Rosario Square, small fortunes were spilled out onto tabletops for prospective buyers to examine more closely. Local residents joked that the trading zones were the safest in the capital, given that everyone was carrying a loaded gun.

Within the context of a resource-based conflict, leftist guerrilla groups, right-wing paramilitary militias, and drug cartels have all vied for a monopoly over the fuego verde, or “green fire.” In the 1980s, cocaine kingpin Pablo Escobar attempted to overtake the emerald business in order to help launder his illicit fortune. The gem barons fought back viciously, with amateur prospectors, or “guaqueros,” caught in the crossfire.

The resulting series of “green wars” left behind at least 3,000 casualties, until the Catholic Church intervened in 1990 to broker a peace deal. Víctor Carranza emerged as the clear winner, and by 1992 he had made the dollar billionaire’s list in Forbes Magazine. At the time of his death, Carranza, a native of Boyacá, was believed to control at least 40 percent of Colombia’s emerald business.

Tensions between rival clans bubbled to the surface in 2009, when Carranza narrowly escaped several assassination attempts. In 2012, he warned in a rare television interview with Al Jazeera: “The peace we signed is cracking. It’s damaged.” A few days after the segment aired, his eventual successor was shot 11 times in Bogotá’s upscale Zona Rosa shopping district, but survived.

When Carranza died, top government officials, including President Santos and the Chief of the National Police, vowed to prevent disorder in Boyacá. Additional security units were dispatched to the region’s most volatile areas. Nevertheless, an escalating struggle to fill the power vacuum has emerged between Jesús Hernández Sánchez, Carranza’s successor, on one hand, and Pedro Rincón Castillo, alias “Pedro Orejas,” on the other.

A half dozen emerald bosses have been killed since April last year. In May and September of 2014, co-signers of the 1991 peace treaty were shot dead in the department of Cundinamarca, the first in downtown Bogotá and the second in the municipality of Arbeláez. Investigative police have also detected the presence of Los Urabeños, the nation’s largest neo-paramilitary group, in key mining areas.

Colombian emerald associations have moreover expressed concerns about the country’s diminishing hold over international markets. Top gem dealers have complained that environmental licenses and tax issues have overburdened the business. According to Colombia’s National Mining Agency, the industry produced only 1.2 million carats in 2012 and 2.6 million in 2013, compared to 5.2 million in 2010.

The National Emeralds Federation, Fedesmeraldas, reported that exports fell 13 percent between 2013 and 2012. Nevertheless, due to elevated prices resulting from scarcity, the Colombian market still raked in USD 127 million last year, a 5 percent increase in profits compared to 2012. Large-scale jewelers abroad, such as Chopard, Van Cleef & Arpels and Cartier, have continued to increase their demand for emeralds.

For now, violence surrounding control of the emeralds trade has been confined to internal competitors. Only 2 percent of the population in Boyacá is involved in the lucrative business, with the majority relying on agriculture and ranching. But the next time a display case in New York or London sparkles green, Fura might have played a lesser role. 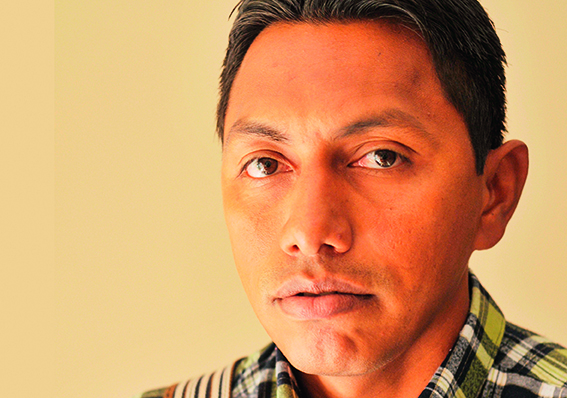 The Wayúu’s thirst for survival