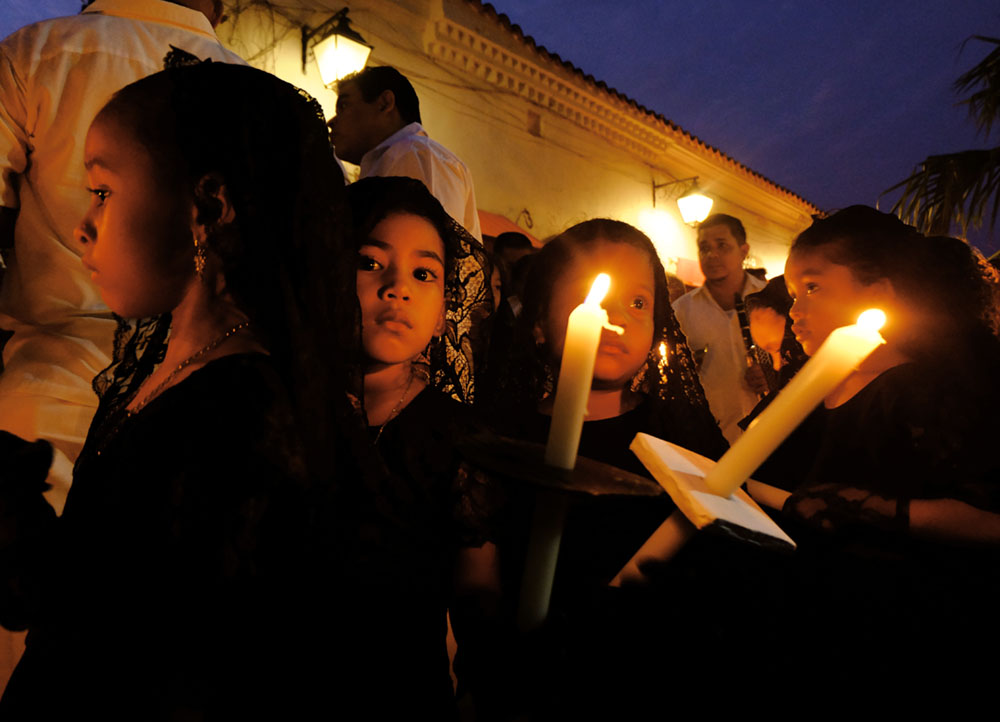 Proclaimed at UNESCO World Heritage Site in 1995, the historic center of Santa Cruz de Mompox, is home to one of the most unique religious festivals in Colombia, the Semana Santica.  Some 300 youngsters participate in a series of processions before the official start of Holy Week, one of the Mompox’s most visited attractions.

Founded in 1537 by Alfonso de Heredia (brother of Pedro de Heredia, founder of Cartagena). Mompox is located on an island where the Magdalena River separates into two estuaries and watershed known as the Depresión Momposina. This town of six ornate churches and well preserved colonial architecture played a key role during the Spanish colonization of South America. It’s Holy Week celebration dates back to the 17th century when Spanish priests from the Franciscan, Jesuit, Dominican and Augustine orders arrived to construct churches and convents in this town of merchants and river-farers. The historic center of Mompox is defined by a neo-Gothic cemetery, a stone rampart overlooking the Magdalena and single-storey buildings along the Calle de La Albarrada which served as granaries and shops during colonial days.