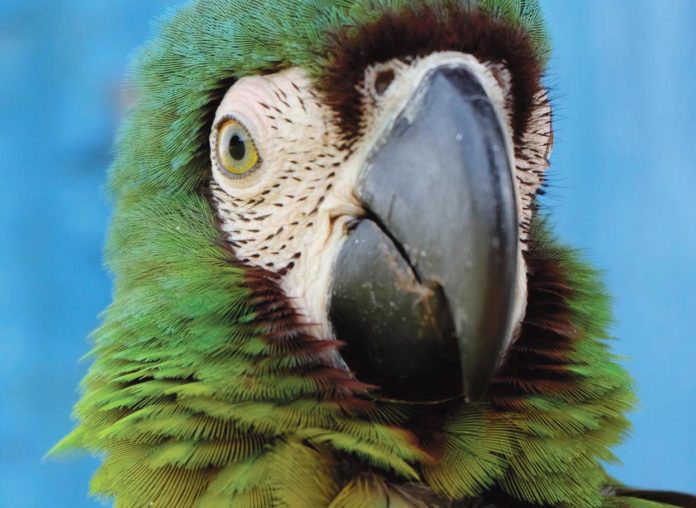 The Colombian Amazon got a new lease on its biodiversity after President Juan Manuel Santos scrapped plans last month for the planned construction of the controversial Marginal de la Selva – a billion dollar highway infrastructure project that was intended to connect Venezuela with Ecuador by moving heavy cargo across Colombia without the entering the transportation gridlock of the Andes.

Santos said the project would be suspended due to the severe impact road contamination would cause along an ecological corridor that would have spanned 2,800 kilometers, and affected three of the country’s national parks, including Chiribiquete. Covering an area almost the size of Belgium, Chiribiquete is the largest protected area in the Amazon and being studied by geologists for its unusual elevated rock formations. Ancient indigenous pictograms dating back to 10,000 BC have also been identified, and thought to have been painted by members of a lost civilization that navigated up the Amazon River believing it to be an extension of the Atlantic. Biologists have identified 41 species of reptiles, 49 amphibians, and at least 13 threat- ened mammals inside the park. Two of Chiribiquete’s inhabitants are the endangered Jaguar and black caiman.

In 2017, a team of international experts from the United Nations Educational, Scientific and Cultural Organization (UNESCO) received a proposal from Colombian Chancellor María Angela Holguín to study the possibility of nominating the Chiribiquete Natural National Park on the World Heritage List. The nomination will be studied by the World Heritage Committee in June 2018, according to the findings of a technical and environmental report.

Conservationists celebrated Santos’ decision as “extraordinary” and a necessary line of defense in deforestation mitigation. Colombia has been ravaged by deforestation, the result of reckless agriculture and intensive agro-industry. According to Fundación para la Conservación y Desarrollo Sostenible (FCDS), an organization that works closely with community-led conservation and development projects in the northwest areas of the Colombian Amazon, 160,000 hectares of biodiverse forest was lost from January 2017 to February 2018. The country’s climate and environmental monitoring agency IDEAM states 70% of the country’s deforestation alerts are now happening in the Amazon.

The worst culprit of the deforestation epidemic is the result of the illegal coca harvest. When the Revolutionary Armed Forces of Colombia (FARC) guerrilla signed the peace accord with the government of Santos in 2016, tens of thousands of subsistence farmers took advantage of generous crop substitution subsidies to plant even more coca.

In an interview with the conservation news platform Mongabay.com, Wilfredo Pachón, director of CDA in San José del Guaviare, said land property values could increase three fold if the forest is cleared. The eastern department of Guaviare is one of the gateways to the Chiribiquete National Park, and an agriculturally productive region given the fertile soils of the Guaviare river’s watershed.

Rodrigo Botero, director of FCDS said Santos’ decision was “highly important” as it “closes some of the expectations for large-scale development.” Among the large-scale projects planned to access the Marginal de la Selva were oil compounds and plantations of African palm. Botero pointed out that there is still a navigable river, which means large-scale development in the northwestern Colombian Amazon is “still very much a possibility.” The Colombian Ministry of Environment using satellite imagery, and accompanied on the ground by researchers from FCDS and National Parks were able to identify 12 illegal access roads and clandestine airstrips. This indiscriminate deforestation helped convince the Santos government to put an end to a trans- national project that was planned during the 1950s.