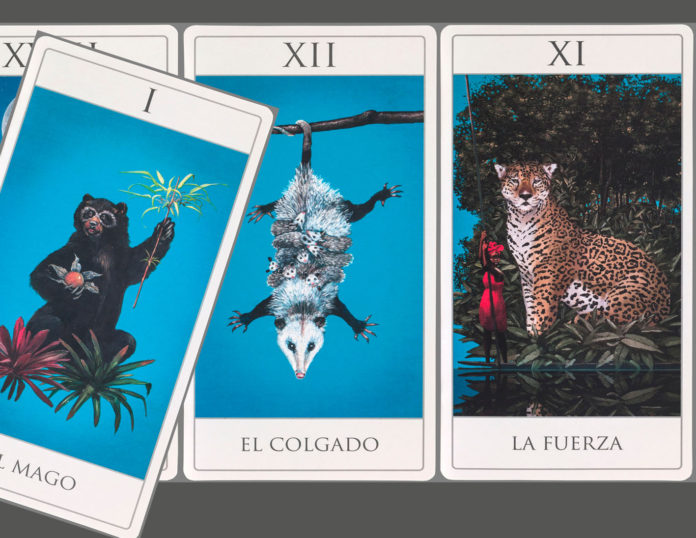 An ancient form of knowledge by which wisdom could be spread through visual representations, the tarot deck is a household item now for many, a sort of “go to” oracle that takes up less space on the shelf than a box of Scrabble.

Even though it is considered a benign game of interpretation, for many, it is much more: a window on the future, a portal of mystical knowledge hidden within 78-elaborately designed cards: 22 major arcana and 56 members of the coins, wands, swords and cups suits.

Tarot decks have been designed in the thousands, with some of the earliest extant cards from the 15th century, highly popular with those who like antiquity thrown into the arcane. From the fortune-teller to the online reader, if there’s a question that needs resolving there are decks with designs to help you on your spiritual quest: Celtic, Wiccan, Medieval, Aquarian, Florentine, Egyptian, the list is endless. Now, a very Colombian deck has surfaced, and inspired by this nation’s biodiversity – El Tarot de la Biodiversidad. The idea to release a Colombian tarot came about during a chance meeting between artist Pedro Ruiz and anthropologist María Elvira Molano. As an authority on medicinal plants and shamanic traditions, Molano, approached Ruiz, and as an admirer of his allegorical paintings and sculptures, proposed they sit down together to talk about the future. Ruiz, sceptical at first, yet intrigued by the offer, began to create the first drawings, based on lengthy conversations with Molano, and her knowledge of symbols and indigenous iconography.

A proposal was presented to the director of the Instituto Humboldt, Brigitte Baptiste, in order to receive the backing of this prestigious foundation. Baptiste was enthralled by the project, but needed to convince a scientific community of biologists and botanists that this undertaking was no commercial gimmick, and that, through cards, the conservation entity could strike a balance between investigation and the promotion of its environmental undertakings.

The funds raised from the sale of each deck will fund research scholarships in two areas: the protection of endangered animals and medicinal plants.

From the moment Ruiz pulled the fateful Death card from Molano’s trusted deck, and explained by the reader that the significance of this major arcana is “inner transformation” or the rite of passage from “one cycle to next,” the critically acclaimed artist worked through the entire 78-card deck, illustrating each major arcana with his rich palate of color and exhuberant imagination. Baptiste gave her expertise on scientific details, and Molano, the anthropological insight of specific tools and plants held sacred by indigenous groups.

The Major Arcana begins with The Fool, stepping into the void, unaware of dangers beyond the edge of a cliff. Even though his motives are pure, and worldly possessions few, this card tells us to “follow our dreams” by hearing “an inner call.” So which animal could crown the arcana with its carefree and skittish nature? Ready to leap into the unknown without hesitation? The Biodiversity team chose the squirrel monkey.

One of Colombia’s most endangered mammals is the Spectacled bear, who forages on berries and considered a guardian of the Andean cloud forest. Intensly shy, but self-reliant, the bear is the Magician (I) of this tarot. The Empress (III), is a cob of corn, representing the giving power of nature. A feminine force that encourages us to grow intellectually and physically, the Empress governs the patterns and cycles that exist in our lives.

To visually narrate the minor arcana, Ruiz and Molano replaced the suit of cups for totumos – a tree gourd whose dry hard skin is used to carry water. The medieval sword evolves into a Colombian machete, a faithful tool used to clear shrub and fend-off snakes. Rods in tarot signify different stages of determination and authority. To best represent these, the Bastón de mando carried by elders and an instrument of leadership. Exerting a “transformative” power in our lives, coins pay the way, govern financial institutions, and dictate trade. This connection to goods and commerce is beautifully depicted as a woven balay.

Whether you are a devout follower of tarot, or simply view it as an entertaining pastime, this Colombian deck is the fusion of scientific knowledge and artistic talent. Above all, it is a way to get spread the message of this country’s bountiful biodiversity, which, hopefully, will survive into the future. And predicting the future is what these cards do best.

If interested in owning your own deck to help with the conservation scholarships of the Humboldt Institute, the Tarot de la Biodiversidad by artist Pedro Ruiz and anthropologist María Elvira Molano costs $200,000 pesos and is available at the organization’s centrally located Venado de Oro library on Carrera 1 No.16-20.

As the tarot took two years in the making, and has been released as a limited edition, the decks are moving quickly. The cards can’t reveal future distribution points, but to guarantee an illustrated box, and ideal gift for fortunetelling friends consult the Instituto Humboldt’s webpage: Humboldt.org.co 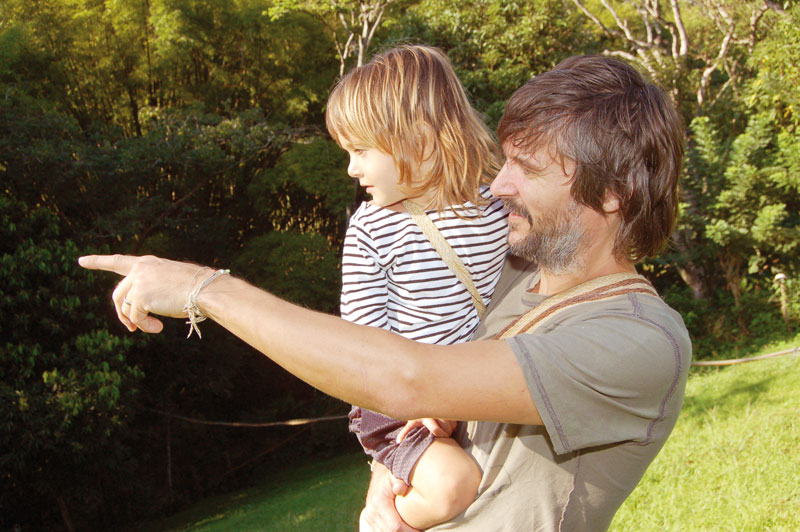 Harmony in the jungle