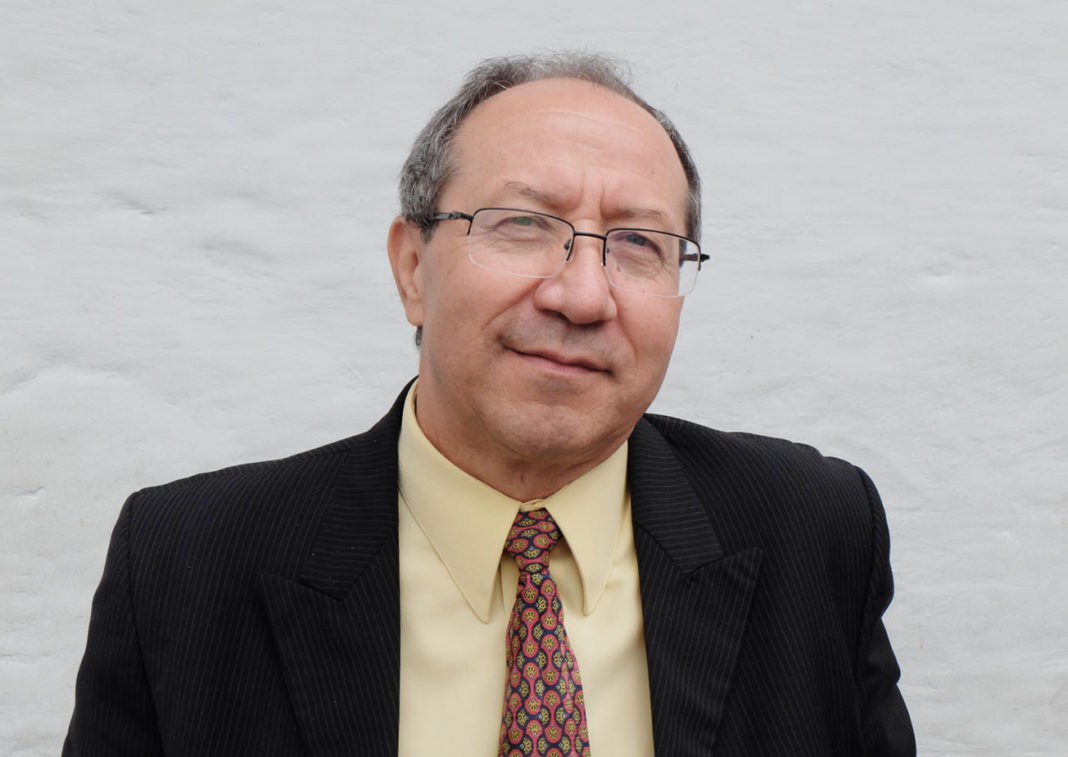 “Colombia is a country in search of itself,” claims Alejandro Muñoz, a 59-year old Bogotano who during the last two decades has resolved the cases of 12,900 missing persons through his brainchild, the Fort Lauderdale-based foundation Fundación Internacional para el Reencuentro (FPR).

As an admired television journalist in his native Colombia, Muñoz’s search for missing persons began in 1994 with his first investigative case: finding the son of a 65-year old seamstress from Bogotá, who was separated from her son when he was age five. After months of mulling over official documents, outdated addresses, and deciphering possible names changed during the course of almost a half-century, a school teacher by the name of Hernán Zuloaga, then age 43, was located in Venezuela. The subsequent reunion with his birth mother was an emotional event, and like 3,500 reunions that followed, Muñoz was able to heal family bonds torn apart by circumstance.

But, not all of Muñoz’s missing persons are willing to embrace their difficult past. Of 12,900 cases, almost 5,000 have been frustrated by deep-rooted feelings of resentment and rejection, and 2,000 cases have culminated in cemeteries. “I always feel in debt to those whose search comes up with a death,” states Muñoz, who is best known in his native Colombia as a humorist for the highly popular television program Sabados Felices. A painful divorce aggravated by a neurological disorder resulted in Muñoz moving to south Florida, where he took the decision to put years of journalistic experience “at the service of humanity.”

A small database with 100 cases that took years to solve has grown into a mammoth undertaking for Muñoz who has classified five million letters of Colombians reaching out to find loved ones. In a country that embarked this month to update its national population census, estimated at 48 million, the investigator and a team of students from the Bogotá-based Santo Tomás University came up with some disturbing statistics, such as 2,8 million Colombian mothers separated from their children, another 1,7 million have lost a brother or a sister, and 12 million Colombians have lost a close relative. “It’s a race against time,” said Muñoz during a recent trip to Bogotá in which he presided over a reunion of a mother and her biological son who was given up for adoption and came to the Colombian capital from the Netherlands.

The only condition Muñoz puts on a search that can last years is the willingness of a “patient” (as he calls clients) to meet the entire family unit and not just one person. “If reconciliation isn’t inclusive then what’s the point to begin a search in the first place?” states Muñoz of the many cases he has turned away of those who seek him out to resolve a family mystery only when faced with a terminal illness, and with no intention of making amends. “Sadly in Colombia there is only a sense of family once the end-of-life clock begins to tick.” Revenge is often another motive for finding a missing relative.

Muñoz sees a tangible bond between his work and the reality of a country reconciling its violent past. “If people can’t forgive from the heart, then how can we forge a lasting peace?” he says, referencing how the peace process works on paper, but not in the home. “Colombia is the only country that takes great pride in having single parent homes. Where on earth are the fathers?”

Muñoz’s work is far more complex than tracing cédula identification numbers or trying to identify persons in a faded photo. Easy access to social media such as Facebook doesn’t make the search for missing relatives any easier either. Instead, it can muddle the process as many “patients” believe that establishing a connection is as easy as sending a friend request. Then the troubles tend to begin. “If someone has remained under the radar for most of their lives, it tends to be for a specific reason,” asserts Muñoz of many cases he has examined of individuals who want nothing to do with illegitimate offspring or wish to remain anonymous because of legal problems. “Sending out an instant message to a complete stranger can do plenty of damage, especially if the person doesn’t want to be found.”

As families morph and migrate, for this investigator, core values are under assault. Drug and alcohol abuse is resulting in promiscuity, which in turn leads to more babies put up for adoption. In a rush to cover up infidelities, finger prints of the legitimate parents are often adulterated on official adoption papers, and only decades later, when an adoptee takes the decision to find a biological parent, does the stress of the undertaking set in.

The foundation operates with one computer, a cellphone and wall-to-wall files of private letters and documents. According to the analysis of the letters Muñoz has received, most Colombians are separated from their biological families during early childhood, as a result of the violence Colombia was subjected to for almost a century. Another group has been separated from their parents fleeing domestic violence, and fell into the hands of exploiters from which they were sometimes able to escape. There are countless cases of children snatched by a parent, grandparent or even strangers who hid them and gave them false names. In this quagmire of lost identities, social media falls short.

Muñoz is highly critical of Colombia’s adoption system, claiming agencies prey on the most vulnerable, and are part of a trans-national “human trafficking” problem. Tragically, the plight of abandoned children is secondary to the money that can be made sending them overseas. In order to help solve the cases of fake adoption papers with the signatures of the domestic servant rather than the real biological mother, the investigator relies on a handful of collaborators trained in deciphering this country’s kafkian bureaucracy. The team at FPR also attend to the psychological needs of those ready to be reunited. “Adoption is a business that doesn’t look at the underbelly of Colombia’s social ills,” claims Muñoz, who every morning navigates the country’s National Registry, Social Security, National Police, Attorney General’s Office, Migración Colombia for clues that may shed light on someone’s past. Despite receiving a litany of hate mail and vitriolic phone calls from those who want the past to remain just there, in the past, Muñoz’s work has been recognized as a humanitarian effort to bring some measure of healing to an estranged nation.

The journalist-turned-genealogist also takes great pride in the fact that he has reunited families across socio-political divides, such as pairing brothers from the National Army with the country’s FARC guerrilla. “There are no political affiliations when someone genuinely wants to heal the past,” states Muñoz. “The only obstacle is always anger.”

Muñoz’s reunions are carefully orchestrated, and only happen once he has personally sat down with both sides to deal with the long-term implications. He is all too aware that bringing family members together under one roof can only be achieved if both parties strive for the same outcome – reconciliation. If there is any doubt that a reunion is motivated for personal gain, such as an inheritance or to settle an old score, he desists.

Muñoz has built a life’s work on a reputation of trust. “Adoptees all want the same outcome. They all want a happy reunion with their biological parents.” But, he confesses, his work is becoming more complicated with the pressure to perform in a digital age. “There is a rush to find out about one’s past,” and therefore, the growth of DNA testing laboratories and online genealogy. Far too often, the past is riddled with tragedy, however. “In 90 percent of all my adoption cases, children were given up as a result of sexual abuse within a family,” claims Muñoz, stressing that at his foundation “women always have priority because they are always the victims.”

In a society where social mores are masked by religious convention, for Muñoz, Colombian women are made to feel guilty of their sexuality from an early age. For the countless cases of women who were raped and gave up their child for adoption, there is also no room for “personal grief,” claims Muñoz. “Often all these mothers want is an embrace.”

Muñoz admits that for many adoptees the reality of a reunion with a birth mother is no panacea. “It’s a fleeting feel-good-moment.” But, when the process is accompanied by love and affection, the outcome works. This charismatic investigator who is trying to reunite a nation relies on donations in order to keep his work going, and even though he continues to face the ire of “adoption merchandisers,” his reward is his spiritual footing. “There always has to be a light of hope when it comes to bringing people together.”