Milton Coleman, Senior Editor at The Washington Post and current president of the Inter American Press Association (IAPA –SIP) spoke with The City Paper last summer about threats to freedom of expression in the region and the changing pace of media.

1.What is the mission of the Inter American Press Association?

We continue to look at the best way to establish freedom of expression in the Western Hemisphere. It’s more difficult now than 20 years ago when the IAPA was founded, as there are more democracies and more governments using democracy to undermine democratic laws of freedom of expression. People are stirring up crowds against the media, and journalists are being killed.

2. Which country is currently a threat to freedom of expression?

The worst-case example against freedom of expression right now is in Ecuador and the use of legal means to discourage freedom of expression and outdated laws and judicial misconduct have a chilling effect on the news media. A Press Law by that government looks to prohibit the media from influencing someone on how to make up their mind during an election. That’s precisely what journalism should do: help people make an educated decision when they go to vote. Then there is other legislation out there which claims that if you own 6 percent of a media house you cannot own any other type of business. This stalls any type of private initiative. The small owners of media houses are also corporate citizens. They pay taxes. They employ people. They also have a right to a voice. And don’t they also have a right to own a successful business?

3. How can the IAPA deal with a situation such as Ecuador’s?

We must do all we can to support the Inter American Commission on Human Rights of the Office of the OAS. The commission and the OAS believe that freedom of expression is so fundamental to Venezuela and Ecuador.

4. What is your take on what is happening in Latin America?

I think it’s an interesting time for Latin America and for up-and-coming democracies. The region still faces age-old challenges of classism, poverty and social inequality. Drugs are still a huge problem and the U.S. has a role in all of this. It is also creating a problem for journalists covering certain countries on the continent, and drugs continue to affect the quality of life for everyone.

5. And the economic situation?

Economies are all over the map. What is interesting is the offensive taken by the Chinese in region and the degree to which some governments see themselves as friends of governments in the Middle East, such as Iraq and Iran. I am also seeing a technological revolution. This may help Latin America become more insulated from the financial crisis of the world.

6. And the media situation back home?

There has been a profound economic transformation of the country and what this means for jobs and government services. The U.S. is incredibly divided right now. There are challenges in the media to meet the demand for more continued and sophisticated coverage of events. The democratization of media, through social networks, means that people need to know more than ever which news is accurate and the informed opinion of news organizations.

7. So the economic situation continues to affect newspapers adversely?

Yes. Newsrooms are going to get even smaller. Newspapers will become more like daily news magazines with a premium on enterprise and investigative journalism. Much more informed analysis of the events. Newspapers are becoming more specialized and niche. There won’t be that immediacy when it comes to covering the breaking news.

8. So the challenge isn’t one between online content and print, but the economics.

Yes. The challenge to all of us is how do you monetarize your content. A lot of very good journalists are not going to work for peanuts. The greatness of the journalism age, when newspapers made the money is gone. Many newsrooms would like to pay journalists more, but don’t have the money.

A lot of responsibility depends on editors. It’s hard to build a team with so many news platforms operating with one news organization. It’s very hard for editors to read everything these days. Before it was deciding what went on the front page. The window for making decisions is so much smaller now; for the web it’s minutes and the person in charge of the front page is working in the middle of a news hub. The big decisions that have to be made are: What platform does it go on? What are we going to have on the web today?

10. How do you see the younger journalists entering this profession?

They are faster with the multimedia skills. They also know how to edit video. They’ve grown up with these toys. But they are less experienced in working side by side with really experienced journalists. The new technology has changed reporting.  We used to call journalists “gumshoes” as they pounded the pavement for a story. Today many younger journalists rarely meet their sources. It’s all done on the phone.

This is not all bad. Instead of getting a “leak” from some source, investigative journalists are handed a digital database. Reporters then go on a computer and get the information.

12. What is the status of minorities in media?

It never really happened bringing minorities into a newspaper. The percentage of journalists of color never went above 14% of the total number of journalists in the U.S. With the downturn in newspapers it’s gotten worse. The first group to fall in numbers is the blacks. Then the Latinos. Asians are also falling off as well. It’s not good.

13. Are there other outlets for minorities?

A lot of minorities turn to community level publications or online media to have their voice. You don’t need a lot of advertising to stay in business and they in turn can hire part-timers. These are the changing demographics in our cities and in media.

14. And the role of community-focused journalism in Washington?

In Washington there is no majority population, including whites. All minorities are now the majority. We call it “the majority of the minority.” A trend in web-only operations is to generate readership with exclusive content tailored to each minority. There are web operations for Mexicans. For Cubans. For Central Americans. For Colombians. Each one is different in its own way.

15. How do you see Colombia right now?

In a general sense, Colombia is one of the better-off places. Clearly there are some problems, but Colombia has better press laws and there is an interest to protect freedom of expression in digital communities. Colombia is also an example of how news organizations can and should work together to overcome common problems. Look at how the Colombian media supported El Espectador when they were bombed by Escobar. Mexico could learn from Colombia’s example.

17. Have you noticed a change in the image of Colombia?

President Juan Manuel Santos would like to change the perception of Colombia as a drug related story. But it will be hard to do, partly because of the U.S. media’s fascination with negative news. The big story out of Mexico is drugs. But there are other stories, such as why fewer Mexicans are coming to the U.S. Maybe it’s because their economy is improving and the traditional “push factors” for immigration are now changing as well. But this hasn’t changed the way we cover Mexico. In the end it comes down to the way we (in the U.S.) see things.

18. So issues relating to the region are generally not of interest.

I have seen an increased interest in the topic of decriminalizing drugs in Latin America. But I have not seen the same effort or interest or correlation in the U.S. media. The U.S. has been more focused on immigration and other domestic issues such as taxation, the health system and the budget deficit.  It’s hard to get people in the U.S. to understand the differentiations between the Latin American countries.

19. So there is a bias when dealing with Latin America and how this affects voters stateside.

We in the news media must get away from the notion of a Hispanic vote. There is no Hispanic vote. Everyone votes differently. Look at Cuban Americans as an example. You have Cubans who vote Republicans because of conservative values. You also have Cubans who vote Democrat and agree with a more open policy to the island. Essentially we don’t do a good job as news media in covering the people who live next door to us.

20. Any place you would like to visit next in Colombia?

On my first trip here I went to Cartagena. I would love to go back with my wife. She would love it. 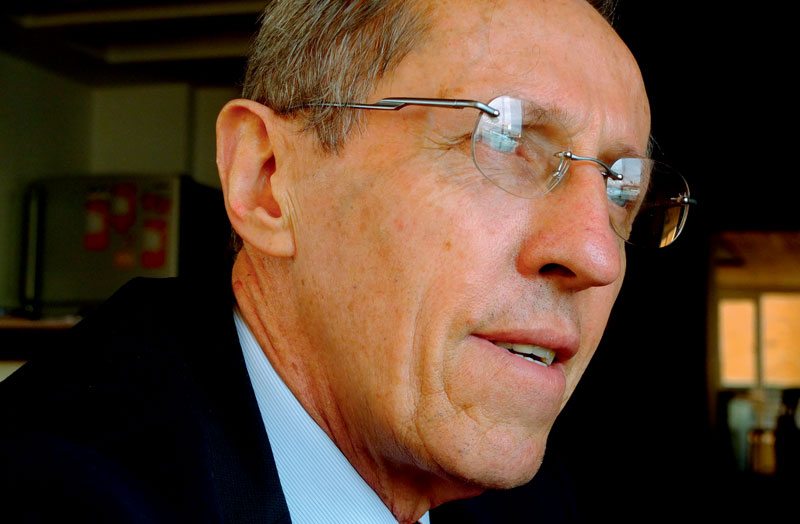