When Jorge Rausch and his brothers founded Criterion 13 years ago in Zona G, there were only a few other restaurants in the area. Colombia’s capital didn’t have many renowned dining establishments at the time, and even fewer were known outside of the nation.

Criterion has since solidified its reputation, however, and was recently named the best restaurant in the country for the third straight year by The World’s Best, an annual list of the globe’s top locations sponsored by S. Pellegrino.

”You cannot get many tourists if you don’t promote the gastronomy.”

“It is a classic restaurant in Bogotá now,” said Jorge Rausch, the executive chef who co-founded Criterion with his two brothers, Mark the pastry chef and Ilan the business manager.

They are now the city’s most famous chefs and own seven restaurants, with nine different locations throughout Colombia, including two Bistronomy locations in Bogotá, El Gobernador in Cartagena, Rausch Energía Gastronómica in Medellín, and Kitchen in Barranquilla.

They have even gone international by launching the Ivory Bistro at the Sheraton San Jose Hotel in Costa Rica, and gained more local fame when Jorge began serving as a judge on the Colombian version of the cooking contest show MasterChef.

But as the empire grows, Jorge maintains that Criterion is the top priority for Hermanos Rausch, and he wants to make sure it continues to be a beacon for Bogotá as a culinary destination.

“This is part of our soul,” he said. “We love the restaurant more — beyond the business. This is where we started, and this is the chef’s restaurant.”

He learned French cuisine in the United Kingdom under the famous chef Raymond Blanc at Le Manoir au Quatre Saisons, so the menu always features classic cuisine. But Jorge also offers a large menu for a restaurant of this caliber, always bringing new flavors and dishes to his loyal customers.

“We try to always keep the quality on the vanguard of gastronomic technology,” he said.

While Criterion is winning the praise the Rausch brothers have worked hard to achieve, Jorge would like to see more acclaim for others in the capital. One of the
city’s problems, in terms of international reputation, is that nobody promotes it.

“The government doesn’t invest in Bogotá as a touristic destination,” said Jorge.

Bogotá receives many business travelers, but few come purely for tourism. Jorge wants to see this change, with the government promoting the capital as a place to vacation or spend a few days after the business meetings end.

“The government has to invest more in showing the restaurants and gastronomy of the country,” said Jorge. “It really has to be part of the cultural patrimony, the tourism enterprise and promotion. You cannot get many tourists if you don’t promote the gastronomy.”

Eight of the top 10 Latin American restaurants on the S. Pellegrino list are located in Lima, São Paulo, or Mexico City, with Lima claiming three of the top five.

While he recognizes that these locations have top restaurants, Jorge believes better promotion will bring more love for Bogotá.

“Maybe Lima is very well recognized, but you have way more restaurants here in Bogotá, and it’s way more beautiful,” said Jorge. “They may have 10 restaurants that are very famous and very tasty, but we have more.”

Zona G is now full of high-end places to eat. The Bogotá version of Astrid y Gastón, a Peruvian restaurant in Lima that ranked 14th in the world and third in Latin America, is located a few blocks from Criterion. So is El Cielo, which placed 30th in Latin America.

Add this area to tourist draws like La Candelaria, Usaquén, and Zona T, and Jorge believes that the developers and business community have built something in the capital that deserves more attention.

Now, it’s just up to those who should be promoting the country to tell the rest of the world. 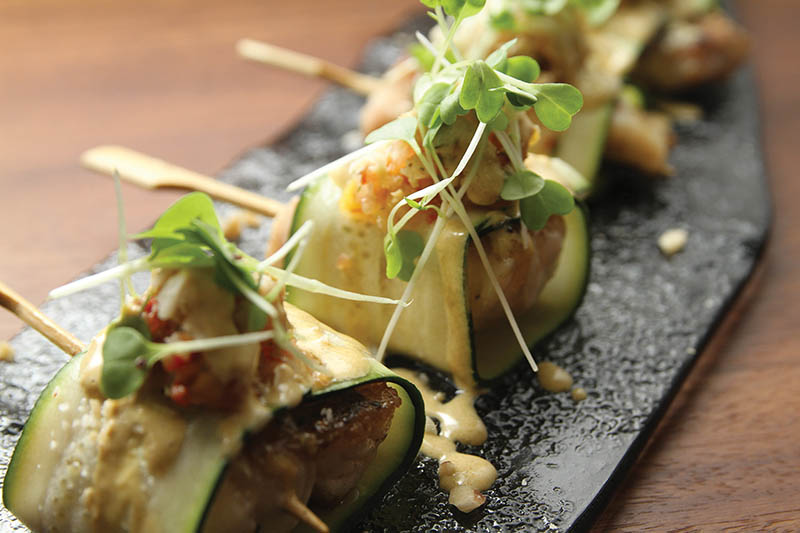 Mordida: A ‘bite’ which delights