Every now and then a new restaurant opens its doors in Bogotá and gets everybody talking. The buzz on the street becomes the talk of the town. After months of anticipation, chef Daniel Kaplan with partner Santiago Arango of the Takami group took the decision to go underground – literally – and launch their Ugly American Bar & Grill. Descending a flight of stairs into the dimly lit main dining room, you feel you have stepped back in time, to New York and the age of the speakeasy. The wall-to-wall bar glows with bottles of all shapes and sizes. It’s early evening and cocktails are being shaken, stirred and fizzed.

Chef Daniel Kaplan is no stranger to New York and its constantly evolving dining scene. Having studied at the Culinary Institute of the Americas, Kaplan lived for 10 years in the city before moving on to Washington, where he worked at the National Press Club. The ‘Ugly American’ is no diner, but draws its inspiration from the 1950s with the standard-issue black and white checkered floors, and black leather banquettes. Low hanging lights set the tone for a dining experience which reaches beyond the village feel of the Big Apple to small town America, with its barbecue rub and Deep South fried chicken. “It’s an American tavern,” states Kaplan. “At the bar you can order anything.”

If you are stumped on your choice of libation, Ugly’s “classic” house cocktails include a Mai Tai, Gin Fizz and the Bourbon Mint Julep. The tonics are all made in house using special carbonated water and extract from the bark of Colombian-grown quinine. Many of the cocktails at the Ugly American have their recipes rooted in history, such as the Colonial Punch made with the house’s very own clarified whisky. A sweet option before the savory and the spicy. Head cocktailer Alejandro Villamil oversees Ugly American’s drink selections.

An offering of corn bread arrives at our table, accompanied by a red pepper tartine. While trying to decide between the Cosmopolitan and the Spicy Mexican Margarita, my dining companions order some house “bar bites”: fried shrimp deviled eggs ($14,000) and juicy, pork belly steamed buns ($17,000). These adventurous hunger stoppers are delightful and are snapped up in an instant. It’s time to wash down the sour with a bowl of fried pickles ($15,000).

Knowing how difficult it is to find authentic Buffalo style wings outside of New York, we order a plate. If you “like them hot,” Ugly won’t disappoint. The wings are crispy and succulent having been marinated for several days. The wings come served with a classic blue-cheese dressing.

To accompany the wings, a Caesar salad ($19,000) of crisp romaine lettuce, freshly grated Parmesan and copious amounts of sour bread croutons. “I can guarantee that you will not leave the Ugly American hungry,” states Kaplan as he observes a full house of joyous clients.

We gravitate south of Manhattan to the Carolinas and the gastronomy of the Deep South. Chef Kaplan insists we try the brined Fried chicken and Waffles ($25,000). The dish comes with a set of pillowy waffles paired with the brittle batter of a moist chicken and a rosemary pepperoncini honey. If you want to stay with Southern dishes, Ugly American serves up Cajun Shrimp and a Braised Shortrib prepared in black beer and accompanied by potato mash ($39,000).

If you’re in the mood for meats, the Ugly American tempts guests with four options: a Porterhouse steak of prime Angus for two ($90,000), a Rump Roast ($36,000), the New York Strip, and Steak Frites. The mussels in spicy coconut milk come also highly recommended and are Kaplan’s own take on a Bordeaux classic.

The Ugly American is as much about fine gastronomy as it is about safeguarding certain American culinary traditions. “But we don’t go overboard,” Kaplan affirms.

Spanning the length and breadth of a nation, from the BBQ culture of Austin, Texas, to Maine’s buttery lobster rolls, the Ugly American is a place “where you can feel at home everyday.” Although the restaurant is an ideal venue for celebrating that special occasion, it will draw you back, time and time again, because nothing soothes the soul better than the taste – as Kaplan says – of Grandma’s best home cooking. 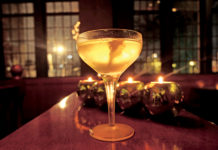 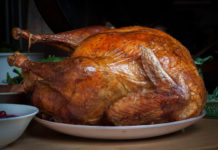 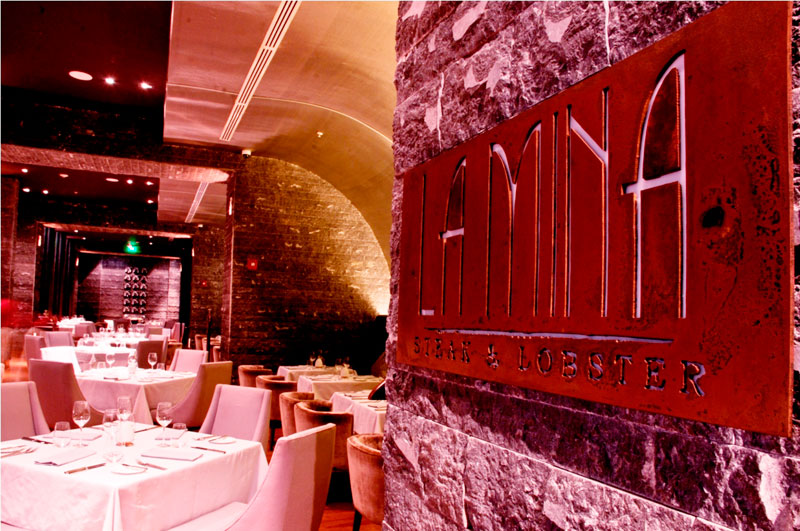