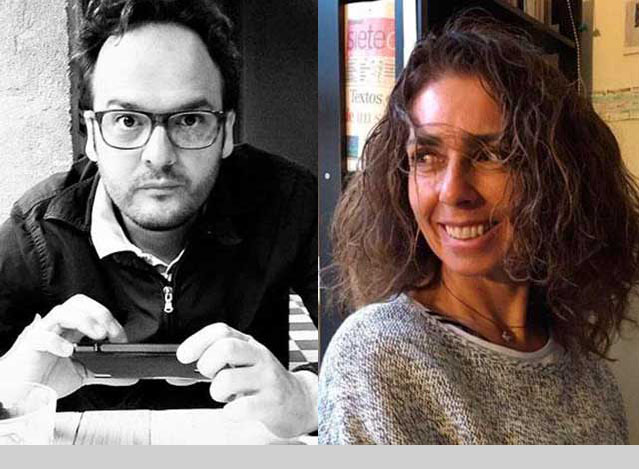 Adding to its repertoire of annual cultural events, The Biblioteca Luis Ángel Arango – BLAA – will undertake a new venture to explore contemporary literature as a subject matter. Called Literatura Hoy, Desde la BLAA  (Literature Today, from BLAA), this year’s event will focus on Latin American writers and their latest contributions to the literary arts.

The first cycle of free online discussions starts on September 2 and runs through to November 11. All interviews will be streamed on BLAA’s YouTube de Banrepcultural and Facebook de la Biblioteca Luis Ángel Arango every Wednesday at 6 pm local time.

This year’s host is Venezuelan-Italian critic, writer and poet Gina Saraceni. Considered an expert in Literary Theory and Contemporary Latin American Literature, she will interview nine authors from different countries on the subject, and will examine with them their approach on the use of language and outlook on the human dilemma. Nature, gender, love, the body, violence, migration, culture and memory are some of the complex topics through which Saraceni intends to define – and prove – a trend in Latin American literature today.

The first writer of Saraceni’s guest list is Colombian Juan Cárdenas. He is the author of two storybooks and six novels, including Los Estratos (Strata) and Zumbido (Buzz). He also received the Spanish literary prize Otras Voces, Otros Ámbitos in 2013, as well as the Cuban Narrative Prize José María Argueda in 2019.

On September 9, Saraceni and Cárdenas will discuss the elasticity of contemporary literature, and its capacity to establish a symbiotic relationship with other disciplines, such as biology, history and oral traditions, to name a few.

September 16 will cast Chilean novelist Lina Meriane under the spotlight. Saraceni will speak with the author about her narrative focusing on the body as a means to explore the human predicament. Meriane’s work has been translated into several languages, including English and German. She is the author of The Nervous System and Seeing Red (for which she won the Mexican Sor Juan Inés de la Cruz Award in 2012). She also received the German Anna Seghers Prize in 2011, and the Spanish bookstore Cálamo Otra Mirada Award in 2015. Her participation in Literatura Hoy, Desde la BlAA promises to highlight the senses.

Saraceni’s third guest is Fabio Morabito, an Egyptian born poet and novelist of Italian descent, who will speak on September 23 about the transforming process of daily life into literary works. Although his native tongue is Italian, he writes in Spanish, a language he learned at the age of 15 in Mexico. Critics suggest his simple use of words and structure are capable of deep emotional charge. Migration, a sense of belonging, alienation and language per se are topics that define his literary scope. With more than 20 titles to his name, including Home Reading and When Panthers were not Black, he has won several awards, including the German Foundation for Children and Young Adult Literature White Raven in 1997, the extinct French Narrative Prize Antonin Artaud in 2006, and the French Prix Roger Caillois in 2019.

Mexican scholar and writer Cristina Rivera Garza will close the September series on the 30 of the month. She will talk about the invariable elements that define literature, and the leading differences and contributions of contemporary writings. As a teacher of Creative Writing, she is known for forming new talent, and is the author of several works, including No One Will See Me Cry, The Lilic Crest and the Taiga Syndrome. She holds many awards to her name, such as the  2005 Anna Seghers Award, the 2009 Sor Juana Inés de La Cruz and the 2013 Prix Roger Caillois.

Besides these four interviews, the first 2020 cycle of Literatura Hoy, Desde la BLAA covers an introductory talk and closing session by moderator Saraceni. In a world and time of utmost uncertainty, BLAA’s contemporary literature series opens a frank and intelligent conversation with some of the most interesting authors of the continent that have taken upon themselves to make sense of reality.

As the Director of the Network of Libraries of the Banco de la República Ana Roda explains, “We hope that as a result of these conversations, we will be able to assemble a tentative design of the unstable and mutant plot of literature today.”