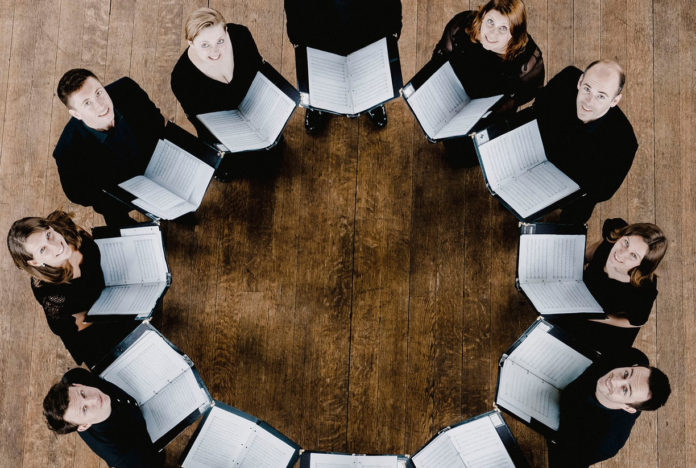 If you find yourself in Bogotá during the religious holiday of Semana Santa and not lounging in a deckchair, then take a seat in a pew (and there are many in this capital of colonial churches) to enjoy the best in sacred choral music.

The Biblioteca Luis Ángel Arango – known as BLAA – and country’s largest public library is celebrating 60 years with a line up of classic ensembles from France, Sweden, Germany and United Kingdom.

Here are some of the acclaimed musical groups that will perform for audiences, starting Sunday, March 25, with La Main Harmonique (France). General admission to all concerts is priced at $10,000 pesos.

Under the direction of Frédéric Bétous, the vocal ensemble La Main Harmonique, specializes in reviving the music of the Renaissance. From their base in medieval La Romieu, in southwestern France, this six member group uses period instruments to interpret chansons and motets composed during the 16th century. The vocal dexterity and subtle incantations of La Main Harmonique’s singers have been acclaimed by renowned critics and reviewed by the classical music magazines Classica and Diapason. For their concert in Bogotá they will perform “Il Mio Stato Amoroso” featuring sacred works by Italian composer and choirmaster Claudio Monteverdi (1567-1643), and that explore different facets of courtly love. The concert starts at 11:00 am in the Main Concert Hall of the library (Calle 11 No.4-41).

On Tuesday, March 27, the Berlin-based Vocalconsort will perform ancient choral works a capella and interpret a particular repertoire: the music of Martin Luther. The reformer was a devout lover of sacred music, played the lute and flute, and composed 40 melodies, among them, one of the most important hymns in the Protestant repertoire – “A Mighty Fortress Is Our God” Luther’s influence on early church music earned him the title of “Father of Protestant music in Germany.” The concert by this award-winning ensemble takes places in the Main Concert Hall of BLAA and starts 7:30 pm.

The Ensemble Villancico from Sweden, was founded by musician and researcher Peter Pontvik and takes its name from one of the most popular musical genres in Europe during the Baroque period: carols. For the BLAA concert, Pontvik presents a compilation of songs and carols composed in Latin America during the colonial period, and works compiled from church archives and private collections. After careful study and historical interpretation, Ensemble Villancico brings them back to life and a rich musical tradition of the region that for four centuries remained in silence. The repertoire includes musical gems from the Baroque in Bolivia, Ecuador, Peru, Chile, Guatemala and Colombia. This hauntingly beautiful concert starts 7:30 p.m.

Mid April gives audiences a chance to hear Stile Antico, a British vocal ensemble, specializing in polyphonic early music composed prior to the 18th century. All twelve singers of this three time Grammy Award-nominated group will debut in the Colombian capital with Tenabrae chants and uplifting choral masterpieces by Bryd, Tallis, McCabe among others. Wherever they perform, Stile Antico is known for perfectly blending many voices into one ‘voice’. The ensemble records under the Harmonia Mundi label and has won the prestigious Gramophone, Diapason and Edison Klassiek awards. For this tour-de-force in Renaissance responsories secure your seat as this concert, 11:00 am on Sunday April 15, will be one you won’t want to miss.