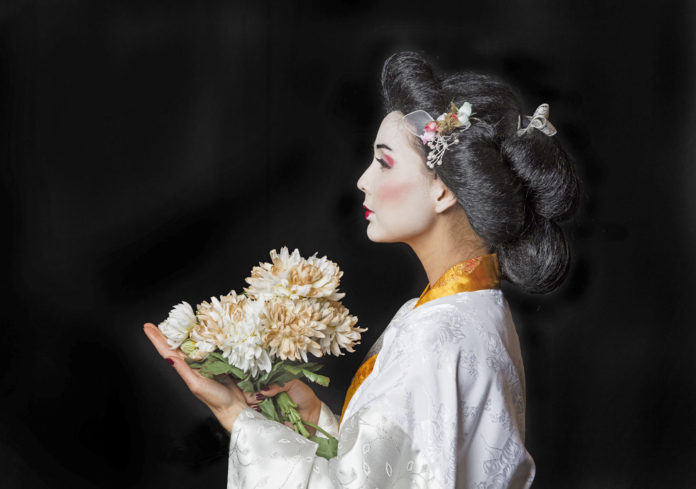 Even though Italian composer Giacomo Puccini never stepped foot in Imperial Japan, when his three-act opera Madama Butterfly premiered at Teatro alla Scala in Milan in 1904, audiences were exposed to an Orientalist story of sexual exploitation. The response was less than favorable, with the composer describing the evening as a “lynching,” and after a revised version made its debut months later in the small Lombardy town of Brescia, the love story of the teenage geisha Cio-Cio-San who falls for an American naval lieutenant became an international sensation.

Puccini’s cultural clash between East and West comes to the stage at the Teatro Mayor with three performances, March 13, 15 and 17 in a major production by the Ópera de Colombia under the musical direction of Chilean Rodolfo Fischer and set direction by Argentine Alejandro Chacón.

The Bogotá Philharmonic Youth Orchestra, Bogotá Philharmonic Orchestra and Choir of the Ópera de Colombia are in charge of the score with the Japanese heroine interpreted by the Greek soprano Alexoa Voulgaridou. Voulgaridou interpreted another Puccini heroine, Mimi, in a 2008 production of La Boheme at the Royal Opera at Covent Garden. The American, F.B.Pinkerton, who marries the geisha out of convenience before abandoning her, will be played by the Colombian baritone César Gutiérrez.

This story of geo-political isolationism, abandonment, and suicide, may have shocked the Milanese, but Puccini’s tragedy defied the musical conventions of his time. With a libretto by Luigi Illica and Giuseppe Giacosa, Madama Butterfly has become a staple of the world’s most prestigious operas, and the Teatro Mayor to mark the start of the year’s opera season has assembled an international cast with Marcelo Guzzo of Uruguay portraying Sharpless, and mezzo-soprano Asude Karayavuz of Turkey taking on the role of Suzuki. The Colombian cast features Manuel Franco as Goro and Juan Camilo Acuña as Prince Yamadori.

As part of the Teatro Mayor’s busy cultural agenda that includes the United Kingdom as Guest Nation of Honor, as well as the main stage for the IV edition of the Bogotá Classic Music Festival, Madama Butterfly promises to deliver a world-class production of a love story that crosses musical and cultural boundaries.