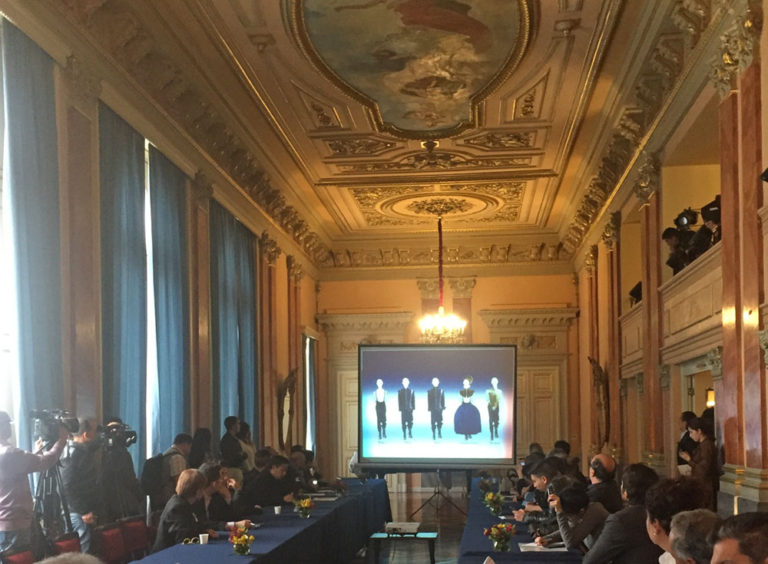 The romantic comedy Shakespeare in Love tells the tale behind the creation of the greatest love story ever written. Its protagonist, world famous English playwright, William Shakespeare, struggles to work without a muse until he finds inspiration in the form of his ideal woman and falls madly in love with her.

Based on the innovative film written by Tom Stoppard and Marc Norman which won the Oscar for ‘Best Picture’ in 1999, this new script translated by Colombian writer, Juan Gabriel Vásquez, will be directed by Diego León Hoyos and performed at the Teatro Colón from July 21 to August 27.

The theater’s director, Manuel José Álvarez, will oversee the project which is one of nine original productions that the Colón will present this year. “We are passionate about this venture,” said Álvarez. Alongside live music composed by Josefina Severino using Elizabethan instruments, 25 actors will take to the stage during the season of 28 performances. Shakespeare Enamorado is set to have a stellar cast of renowned national actors including Nicolás Montero who will play Shakespeare and Carolina Ramírez who will star as Viola de Lesseps.

This unique insight into the life of a person widely regarded as the greatest writer in the history of the English language is what the Colombian public will be able to enjoy in this adaptation of Shakespeare Enamorado. “The obstacles that separate Shakespeare from his beloved are almost as strong as those that exist between Romeo and Juliet – it is an impossible love from every point of view” described director León Hoyos.

Art director Laura Villegas has created a timeless set that will combine elements from the 16th century with the 21st century, an initiative that will also be incorporated into the costume design which is a fusion of both old and new. According to Álvarez, the viewer will experience “visual and theatrical innovations that are in keeping with contemporary humour, without losing sight of the culturally significant era Stoppard and Norman are referring to in their text”.

Tickets will be priced from $30,000 to $70,000 pesos and can be purchased either at the Colón box office or via www.tubolea.com.