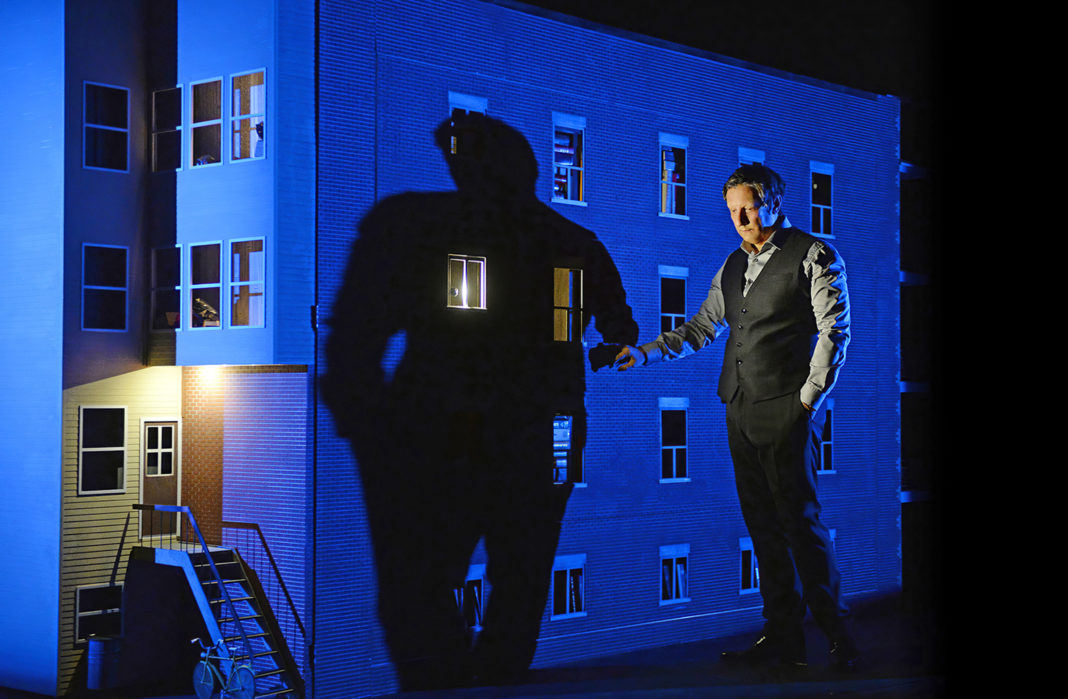 The Teatro Julio Mario Santo Domingo’s 2020 program has been released with Canada stepping into the spotlight as next year’s Guest Nation of Honor. This privilege marks a milestone in the country’s bilateral relations with Colombia, based on mutual respect and common values. Admired in the global forum as a nation that comes to the defense of essential human and environmental rights, Canada’s cultural diversity also resonates on the world stage with its many celebrated filmmakers, actors, dancers, dramatists and musicians. And starting January 30, Teatro Mayor offers audiences a front-row seat on Canadian excellence in the performing arts when the Montreal-based circus troupe Cirque Alfonse premieres with Tabarnak.

Comprised of professional acrobats and graduates of the École Nationale de Cirque de Montréal, Cirque Alfonse members have worked with some of the most renowned nouveau cirque companies around the world, and in Tabarnak, present their energetic show of rock, circus and traditional Quebec folklore.

Push the clock forward five months and as part of the Teatro Mayor’s Great Pianists series, Canada brings to the stage Alexander Panizza (July 8), acclaimed on the international concert circuit for his extraordinary mastery of keys and scope of his repertoire. Panizza has performed as a soloist with more than 30 orchestras in prestigious venues worldwide, including the Barbican Hall in London.

The Longueuil Symphonic Orchestra debuts at Teatro Mayor on August 5 with 52 musicians and new musical director Alexander Da Costa. This orchestra, based in a small city north of Montreal, is recognized around the world for its interpretations of Baroque masterpieces. August also presents a side of Canada’s multi-ethnic cultural offering with the production of Deerwoman by the indigenous arts company Article 11. Founded in 2013 by Tara Beagan (whose Cree name is Ntlaka’pamux) and Andy Moro, Article 11 takes its name from the eleventh article in the United Nations Declaration on the Rights of Indigenous Peoples, which states Indigenous peoples have a right to practice their arts and culture as they choose, and have the resources to do so. Deerwoman tells the tragic story of young indigenous girls who go missing every year in Canada.

The two final acts of Canada 2020 Guest Nation of Honor is the humourous, family-oriented sketch by choreographer Estelle Clareton called Stretchy (November 21 and 22 ), and Robert Lepage’s Ex Machina (December 2 and 3). Ex Machina was first staged in 2000 by Lepage, who also starred in it and designed the set with his theatre company. Ex Machina has won numerous awards, including the Evening Standard Theatre Awards for Best Play and the Critics’ Circle Theatre Award for Best Director.

Covering the world in 366 days, starting in Canada’s cultural bastion of Montreal, the Teatro Mayor’s program includes a return of Cambridge’s Academy of Saint Martin in the Fields, and premieres Moscow Virtuosi (May 12), Mozarteum Salzburg (June 10 and 11) and Mahler Chamber Orchestra (July 25).

Celebrating its first decade as Colombia’s most important cultural center, Teatro Mayor rolls out the red carpet with a line-up of both national and international recording acts, among them Uruguayan Jorge Drexler (March 7 and 8), Istanbul’s Burhan Oçal Ensemble (May 21) and Israel’s Gulaza (August 4), to name a few.

The dance program starts January with a colorful spectacle dedicated to the different dynasties of China, followed by the Spanish flamenco company María Pagés and its Ode to Time (February 7 and 8). From the United Kingdom hails the Akram Khan company with its powerful performance of Outwitting the Devil (April 18 and 29), and Germany’s Tanz Mainz (July 3 and 4). Flamenco superstar Eduardo Guerrero returns to the Teatro Mayor with his electrifying moves in Sombra Efímera (October 2 and 3).

For Ramiro Osorio, director of Teatro Mayor, 2020 keeps expanding the cultural dialogue between Colombian artists and those invited to perform at the theatre. “These shows and proposals act as an incentive for the development of the performing arts in the country, as well as for our audience formation,” he said. “By bringing culture to the public, we open new horizons and opportunities.” And with Canada as Guest Nation, horizons and opportunities are always in season.

For the complete program visit: www.teatromayor.org