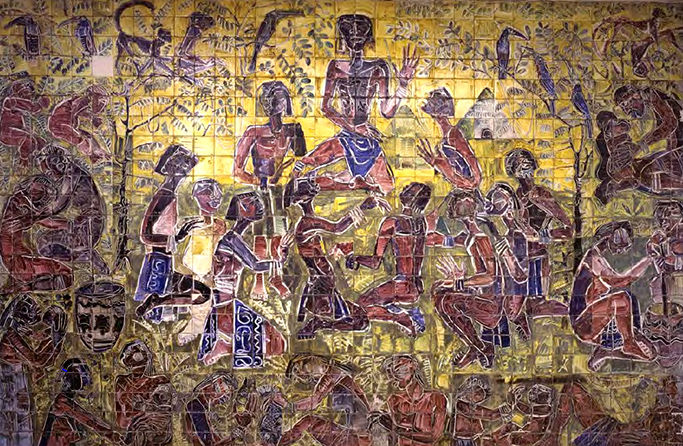 The port city of Buenaventura is getting a welcome resident in the form of a glazed mural by the German emigrée painter Leopold Richter (1896-1984). From his birthplace in Grossauheim, Germany, to his years as an entomologist at the National University of Colombia, Richter received the sobriquet of “filósofo de la selva” – philosopher of the jungle – for his contribution to scientific research in his adopted Colombia, as well as the visual interpretation of the natural world he set out to explore.

The mural that will adorn the walls of the new Cultural Center of the Banco de la República in Buenaventura is titled “El Viejo que Habla” (The Old Man who talks) and was acquired by the central bank in 1994. It was first exhibited in 1956 during a  festival organized by Corona and the owners of this ceramics company, the Echavarría.

The work depicts men, animals and flowers paying attention to what the central character has to say in a natural setting full of warm colors. The 828 ceramic tiles represent dominant themes in this artist’s work and why he is such a central figure in development of modern art in Colombia. The 3-meter long mural is currently undergoing a restoration before heading to Colombia’s most important port on the Pacific.

Like his compatriot, explorer and naturalist Alexander von Humboldt, Leopold Richter set out to document the unseen South America. He arrived in Brazil in 1926, moved to Venezuela before settling in Colombia in 1935. As a member of the research faculty of the Institute of Natural Science, where he worked for 23 years, he embarked on numerous trips across the Amazon, Orinoco and Serranía de la Macarena.

Richter dedicated most of his life to the study of nature as a result of time spent among tribes in the Amazon. From these experiences, he turned to art, mastering its many mediums, from ink drawings, to oil on canvas, and large ceramic murals. The history of Colombian modernism is not complete without Richter, and his search of new horizons, both real and imagined, can now be appreciated by the inhabitants of Buenaventura. 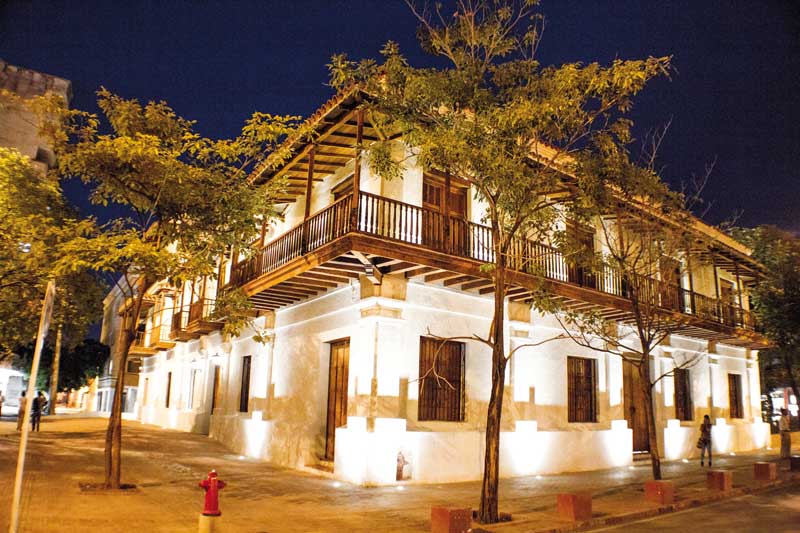 Santa Marta gets its ‘Gold’