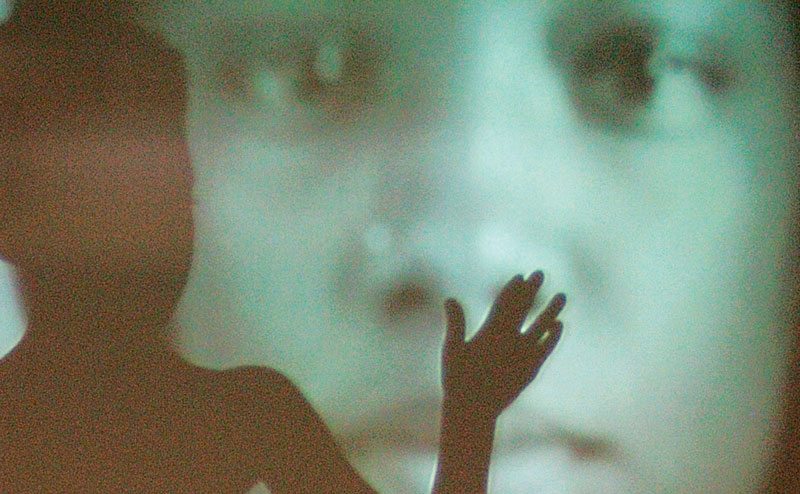 Marcel Odenbach (b. Germany, 1953) is one of the most renowned video artists of the contemporary age and a pioneer of what is known as the audiovisual collage. His works take on common themes, such as the “common man” living in a globalized world where historical and cultural forces are constantly at work.

The exhibition which recently opened at the Museo de Arte del Banco de la República presents fourteen iconographic works by Odenback and offers a comprehensive overview of a career which began with video installations for television monitors, until more recent and complex works, with involve simultaneous projections.

In the 1970’s Odenbach started his video work with a particular technique: the collage, using strips of film, television productions, cinema footage and still images and which were randomly superimposed to carefully-chosen music and sound.

Since the early work was characterized by his interpretation of German society and history, Odenbach’s work in the eighties became more political, generating a visual tension and reflecting the political dissident mood between East and West Germany separated by a notorious Berlin Wall. The works ‘Distance between me and my Losses’ (1983) and ‘As if the memories could deceive me’ (1986) are constructed with archive film material produced by the artist, as well as fragmented images overlapping and recalling the flickering propaganda films of the Third Reich’s short lived cinematic moment.

During the nineties, and after Germany’s reunification, interest in national issues begin to lose importance in Odenbach’s work.The artist grapples with global issues through a series of video installations ‘Too good to be true’ (2000) and ‘Stories of men 1’ (2003); looking at the construction of the feminine and masculine gender in patriarchal and traditional contexts. A haunting and poignant work is one of Odenbach’s odes: ‘Crocodiles lurk in still water’ (2004/2003) and which deals with a paradox of a 1994 genocide based on serene images, and which avoids being explicit, yet invites reflection on intolerance and the role of violence by the “common man.”

In addition to the video projections, the exhibition at the Museum of Art of the Banco de la República includes four collages on paper. The exhibition is accompanied by an academic programme with lectures on video art and creative workshops.

Marcel Odenbach’s ‘Quiet movements’ are in the capital thanks to Germany’s Institut für Auslandsbeziehungen and the Goethe-Institut Colombia.

Marcel Odenbach will conduct a guided tour of his first ever show in Bogotá and a unique chance for art lovers understand his odes in person.