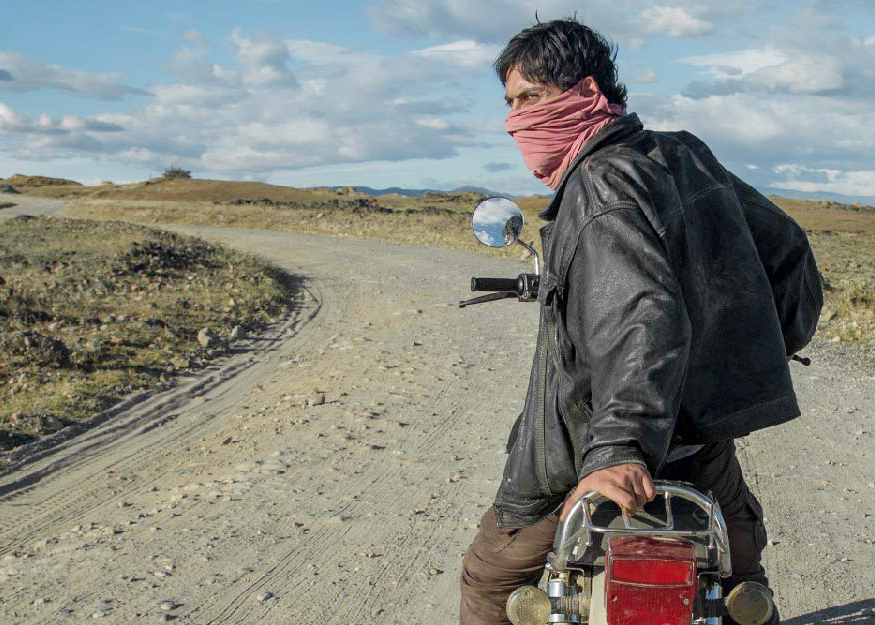 Colombian films are so diverse that they are a reflection of an equally diverse society, split between urban and rural, modern but that safeguards tradition.

Covering universal themes such as the search for a better life, struggle for survival, peace and reconciliation, the country’s talented filmmakers go deep with intense personal dramas, told either as documentary or a full-length feature.

On November 17, the country’s Academy of Arts and Cinematographic Sciences (Acacc) hosts the 7th edition of Macondo Awards at the Ágora International Convention Center in Bogotá. For the country’s most visually creative, being nominated for a Macondo Award is the equivalent of walking the red carpet at the Oscars, and with so many homemade productions gathering critical acclaim around the world, the gala event tributes 19 of the very best Made in Colombia productions.

Chosen by a 532-member judging committee of actors, directors, producers and industry insiders, films released in theatres between July 2017 and June 2018 are eligible to compete for 17 statuettes in the standardized Best categories, from acting to editing, costume design, cinematography and the most coveted – Best Film. The Colombian film Pajaros de Verano (Birds of Passage) by directors Ciro Guerra and Cristina Gallego and currently in the Oscar race for Best Foreign Language Film didn’t meet this year’s deadline as it was released nationwide on August 8. Even though Pajaros de Verano would have been a favorite to clinch the country’s top film award, 19 other features have earned their place at the Macondo table.

For festival director Consuelo Luzardo, the awards are a way to familiarize Colombians with stories that are received overseas with critical acclaim, yet shunned by the theatre-going public. “Colombian film is very distanced from audiences because of past experiences with directors working with small budgets and little or no promotion. Today, the reality is different. With support from the Film Development Fund (FDC), 42 films reached the screen this year.”

One front-runner with 11 nominations, including Best Film, is the revenge drama Matar a Jesús by Laura Montoya. Having received critical acclaim on the international festival circuit, and nominated as Best Iberoamerican Film at the Goya Awards in Madrid, Killing Jesus follows Paula (interpreted by first-time performer Natasha Jaramillo) as a photography student in Medellín.

Paula’s life is shattered after her father José Maria (Camilo Escobar), a well-respected lawyer and political science professor, is assassinated by hit-men. In a hail of bullets, Paula manages to catch a glimpse of the sicario, a young man roughly her own age, speeding away on a motorcycle. The family tragedy leads to Paula to seek revenge after months of futile encounters with the police. As the heroine embarks on a search of Medellín’s night clubs for the killer played by Giovany Rodríguez, Montoya’s film unravels as a study in social alienation. Nominated also in the categories Best Screenplay, Best Supporting Actress (Carmenza Cossio) and Best Supporting Actor (Camilo Escobar), among others, Matar a Jesús is as explosive as dramas come.

Another revelation in the 2018 Macondo line-up is La Defensa del Dragón, written and directed by Natalia Santa. In this film, three men gather in a coffee shop in downtown Bogotá (a chess player, small-time gambler and watchmaker) to find comfort in their routines and avoid facing failure at all costs. An intimate portrayal of reaching middle age in a hostile urban setting, The Dragon Defense restores faith in love, ambition and destiny. Santa’s poetic feature film is nominated for Best Film, Best Screenplay, Best Costume Design, and Best Original Song with Solo quedas tú by composer Gonzalo de Sagarminaga.

The Best Picture category includes eight masterful works by talented directors. With seven nominations, William Vega’s second feature, SAL, is a road movie about personal healing when Heraldo, a lone journeyman gets injured in a motorcycle accident while crossing a Colombian desert. Finding refuge among hermits Salo and Magdalena, Heraldo is brought back to the world of the living with salt mined by this odd-couple in a cave. Other contenders for Best Picture include Jamie Osorio’s opera prima Siete Cabezas (Seven Heads), El Día de la Cabra (Bad Lucky Goat) by Samir Oliveros and Ruvén Mendoza’s Señorita María, la falda de la montaña.

Virus Tropical by Santiago Caicedo and El Libro de Lila by Martiza Rincón lead for animated features and show how technology is being embraced to expand story-telling. But, if there is one characteristic that unites the top-ranked films in this year’s Macondo Awards, it’s the Colombian landscape, and deserving of its own prize.

Slums, desert and historic La Candelaria weave their way onto the screen as powerful backdrops to plots that are rooted in real life events, as is the case in Killing Jesus. When Laura Montoya was 22 and living in Medellín, she witnessed her father’s assassination.

A biopic by Nicolás Van Hemelryck and Clare Weiskopf, Amazona, immerses audiences in the Colombian rainforest with Clare’s longing to mend a strained relationship with her mother Valerie Meikle, an English woman who arrived in Colombia during the 1950s. After surviving the death of daughter Carolina Guarnizo in the avalanche that struck Armero, Valerie picks up the pieces of a shattered life among the indigenous peoples of the Amazon. Meikle then embarked on a 1,500-kilometer journey down the Putumayo River that resulted in the inspirational book Towards the heart of the Amazon: Expedition of a life.

Clare and Valerie reveal mysteries of motherhood in a jungle outpost, Paula and Jesús emerge from the criminal underworld more in touch with humanity in Killing Jesus. Transcending personal divides, finding answers among outcasts are just two examples of why the Macondo Awards is at the heart of cinematic nation building. In a country that boasts 120 film festivals every year, Macondo is more than a recognition of the very best in the industry. “It’s about educating younger generations about the possibilities of film, and that there are many ways to tell a story,” believes Luzardo.

The Macondo Awards will be broadcast live on Canal Capital starting with the Red Carpet at 5:00 pm. For social media coverage follow:

Cartagena reaches for the stars with 13th edition of International Music...