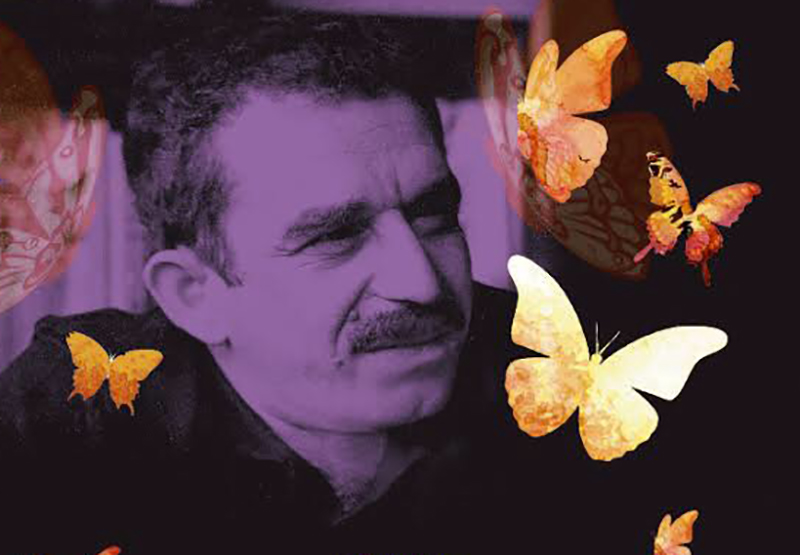 While Bogotá hosts Macondo during the 28th edition of the Bogotá International Book Fair (FILBo) and Gabophiles will most certainly enjoy almost two weeks of wall-to-wall books, literary conferences and a food festival in honour of the Nobel Laureate, the “theatre of Colombians” – the Teatro Colón – is also hosting a special tribute to Gabriel García Marquez starting Tuesday April 21st.

As the world tributes the life and times of the Aracataca-born novelist on the first year of his passing, The Teatro Colón with the Ministry of Culture launches a 5 day musical and performance series titled: ‘Gabo vive entre nosotros’ (Gabo lives among us).

The event presents a monologue, a concert, as well as the recently released documentary by Justin Webster, Gabo la magia de lo real (Gabo, The Magic of Reality). Webster’s documentary about the power of imagination will be screened at 7:30 pm on April 21st in the Colón Theatre.

On Wednesday 22, novelist and playwright Laura García presents her Diatriba de amor contra un hombre sentado (Diatribe of Love against a Seated Man), in which aspects of love in the works of Gabriel García Márquez are explored. Ricardo Camacho directs Laura García’s monologue and doors open at 7:00 pm.

On April 23rd and 24th the Sankofa Dance Theatre presents Los otros 100 años (The next 100 years) and a tribute to Gabo’s masterpiece, One Hundred Years of Solitude set to the music of Paul Dury. Based out of Baltimore, Maryland, Sankofa Dance Theatre is a premier African dance performance troupe that offers “world-class artistry to the global village.” Tickets to see this innovative collective which celebrates diversity through the performing arts are available at the Colón’s box office.

As an epic finale of the Colón Theatre’s homage to ‘Gabo’ and which coincides with the final days of FILBo, on Thursday April 30th at 7:30 pm, the National Symphony Orchestra presents a musical rendition of one of the greatest love stories of all time, Love in the Time of Cholera. Belgian conductor Paul Dury interprets the score of Brazilian composer Antonio Pinto and which enriched the Macondian landscape captured in the Mike Newell’s 2007  movie, and in which two of Gabo’s most beloved – yet lovelorn – characters Florentino Ariza and Fermina Daza are cast.

For more information on the events and the ticket prices of ‘ Gabo, vive entre nosotros’ visit the Colón’s website: teatrocolon.gov.co