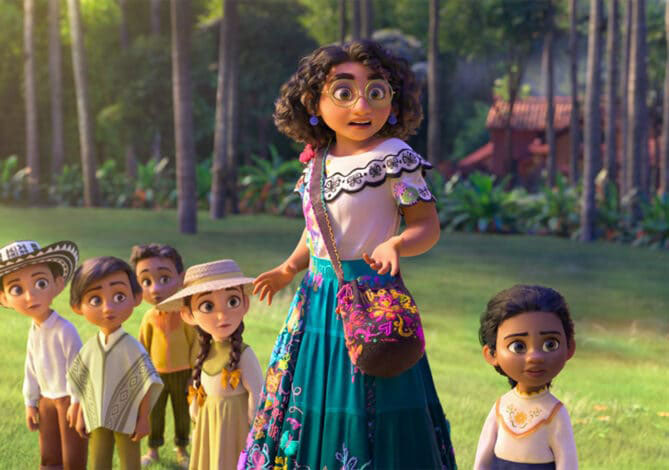 International directors, cinematographers and leading actors have long set their eyes on Colombia as a location for big budget films, with Disney now joining a growing cast of companies inspired by Colombia, and the subject of its latest animated blockbuster Encanto.

With Colombia featured in series and films on the global streaming platforms, as well as homegrown directors working on new releases for 2022, the country’s audiovisual industry covers every genre, from action, to historic, adventure, horror and thrillers, westerns and contemporary drama. And the showcase for many new features is the annual Cartagena International Film Festival (FICCI).

As big industry names take the plunge to shoot on location in Bogotá, Medellín and Cali, to name a few, among them Tilda Swindon (Memoria); Mark Wahlberg (Mile 22); Tom Cruise (Mena); Nicolas Cage (Running with the Devil); Daniel Radcliffe (Jungle); Will Smith (Gemini Man); Elijah Wood (The Boy); Penélope Cruz (Loving Pablo) and Charlize Theron (Long Shot); many others are expected to follow given hefty tax deductibles under the so-called Cinema Law (Law 814), and access to grants for new creations from the Cinematographic Development  Fund (FDC).

According to the Ministry Culture, as of October 2020, the national government issued 36 Audiovisual Investment Certificates, representing investment in the sector of more than US$175 million, and which have generated some 4,800 jobs. Since Law 814 was enacted in 2003, 393 Colombian-made films have been released, putting the country at the epicenter of audiovisual production in Latin America.

Minister of Culture Ángela Mayolo recently highlighted some of the homegrown films that have received top accolades and prestigious awards on the international festival circuit, among them, director Ciro Guerra’s “Embrace of the Serpent,” nominated for Best Foreign Language Film at the Oscars, Apichatpong Weerasethakul’s “Memoria”, and Héctor Abad Faciolince’s El olvido que seremos (The Forgetfulness We Will Be).

The slate of audiovisual projects in the works for 2022 include production houses from the United States, Mexico, Israel, Canada, United Kingdom, Uruguay and Spain. “Colombia in recent years has become the country that offers the best economic incentives in Latin America for the development of audiovisual productions,” stated the Minister during the premiere of enchanting Encanto.

“Today, we have more than 16 international production companies developing series and films in the country,” she added. Among the series that have wrapped-up the filming stage are “Juanpis González”,”Cannabica” and “Chichipatos.” Netflix’s “Ritmo Salvaje”, “False Profile” and “Pálpito” are still in the works. “The best in the world, Disney, Amazon Prime, Apple TV and Netflix, believe in us and we will continue to work hard so that more and more audiovisual production companies come to our country to train our many talented creators and generate employment,” said Mayolo.