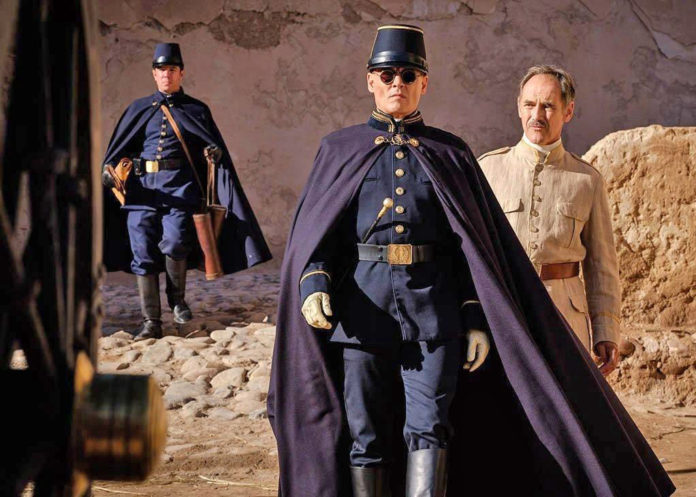 The Cartagena de Indias International Film Festival – FICCI – has witnessed the growth of the country’s film industry during the last 60 years, and as the celebration of its sexagenarian anniversary approached, the festival’s organizers adhered to the orders of the National Health Emergency cancelling the star-studded event. The National Health Emergency, bans all events with 500 people or more until the May 30 deadline.

FICCI, for its anniversary edition, was celebrating Colombian films that have received critical acclaim at home and around the world. Included in the line-up was Waiting for the Barbarians by Academy Award-nominated director Ciro Guerra and based on JM Coetzee’s 1980 novel. As the opening feature of FICCI, Guerra’s colonial epic starring Johnny Depp and Robert Pattinson, was to set the visual narrative of a festival that takes no prisoners with its curatorial line.

As one of the most prestigious Latin American film festivals, FICCI remains committed to decentralizing cinema beyond screening rooms and theatres. One of its most popular platforms Cine en los barrios was to screen 70 short films to vulnerable neighborhoods in the city, giving local audiences a chance to enjoy the magic of the silver screen. To capture this magic, the festival’s official image this year is a painting by the indigenous artist Carlos Jacanamijoy, titled “Cosmic drift,” an iconic work of an artist who transcends conventional use of light and color.

The first feature of Colombian director Yuldor Gutiérres – Ángel de mi vida (Angel of my life) – was to make its debut at FICCI. Inspired by real events – and filmed entirely in Santa Marta – Ángel de mi vida tells the story of a son’s rejection by his father given a cognitive disability.

The festival was to present a total of 88 Colombian productions and 12 indigenous films representing Canada, Norway, New Zealand, United States and Ecuador. Of the indigenous films, seven are Colombian, including the three-episode series Buen Vivir (Good Living), recorded in native indigenous languages by director Pablo Mora.

The final act of the six-day event included the screening of Lady Ly’s Les Misérables (not to be compared with Tom Hooper’s 2012 film version of the musical) that walked away with Best Film prize at the recent César Awards.

Despite the unfortunate timeline caused by the COVID-19 pandemic for FICCI, audiences have next year’s edition to look forward to and 61st edition that surely will mark the start of a new chapter in Colombian filmmaking.