It’s Saturday night in Buga, Valle. You may have passed through here to Cali, but chances are you’ve never stopped to look around. That’s a shame, because Buga isn’t your average slice of Colombia; even though it’s filled with elegant colonial and Republican-era buildings. It has a few things you don’t find in most places like meter-long iguanas in the main plaza, a gigantic pink church and a population obsessed with creativity. It’s a town where newcomers find a place at the table and where history and modernity stroll hand in hand.

A few blocks from the Basilica del Señor de los Milagros, I peer through an open door. Strands of Christmas lights adorn the railings, the kind you see in some funky neighborhood bars along the U.S. West Coast, and hand-painted designs embellish the walls. At the top of the stairs, a poster with pictures of pizzas, sandwiches and beer adorns a wall. Written in bold type The Holy Water Ale Café. It’s a name that tongue-ties locals, so folks affectionately call it “The Holy.”

The Holy is more than a pub. It’s a hostel/brewery, which produces a Holy Water Ale. The beer’s name is a tongue-in-cheek reference to the religious significance of Buga, the site of a miracle, supposedly. The Basilica displays an icon of the miracle, referred to as the Black Christ of Buga and a tourist attraction which draws in the faithful and infirm from all over Colombia.

Inside The Holy, large plants course the walls, arched windows frame distant colonial buildings, and original artwork adorns. Glasses of various shapes and sizes hang above an ornate bar and an antique coffee machine reflects accent lights, giving the tavern a chic ambience. Stefan Schnur, the bar’s owner, and business partner, Clint Johnson, are perched on barstools, chatting with locals, as the voice of Amy Winehouse emanates from speakers.

The Holy’s roots run long and deep, to Port Townsend, Washington, where Clint and Stefan first met. With backgrounds in construction and home renovation, they both enjoyed shooting the breeze at a local beer garden. But Stefan wasn’t content supping the suds of others’ beers, so he set up a home brewing system, where he perfected his recipes.

Stefan isn’t new to starting trends in faraway lands. He introduced Port Townsend to the schwenker – a swinging, rotating grill which originated in Germany, his homeland. Soon, schwenkers popped up in backyards all over Port Townsend and “schwenker parties” became the rage in summertime.

When The Holy opened its doors in 2011, microbrew beer was a new concept for Buga, one that Stefan and Clint thought wouldn’t go over well with locals. So they turned a few rooms of their sprawling early 20th century building into a hostel, hoping to attracted foreigners to Buga to drink their beer. Then a used pizza oven helped turn this initiative in a bakery.

Offering a full menu was like adding rocket fuel to the business. Locals pour into The Holy to enjoy a glass of beer and pizza they can’t find elsewhere in Buga. Today, The Holy serves nine different beers, a dozen styles of pizza, a host of sandwiches and items you can’t find in other Buga eateries, such as hummus, baba ganoush and fleischkäse—a Bavarian-style meatloaf. “The original idea was to get foreign business, but as it’s turned out, we get more local customers than tourists,” Stefan says.

A few restaurants in this town by the Piedras River already serve Holy Water Ale, and hotels are clamoring to get their hands on Buga’s new brew.

As I sit at a corner table in The Holy’s main dining room, the waiter delivers a Holy Chicken pizza and a cold IPA. Live music rings through the air, thanks to a quartet of musicians, in town for a chamber music festival. The lights are low and the crowd is abuzz: a perfect way to end a week in a town where Liberator Simon Bolívar used to kick up his boots; and with all its hidden treasures, including one of the best microbrews I have enjoyed south of California. 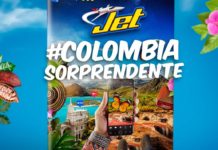 Why medicinal cannabis is a slow growing business in Colombia