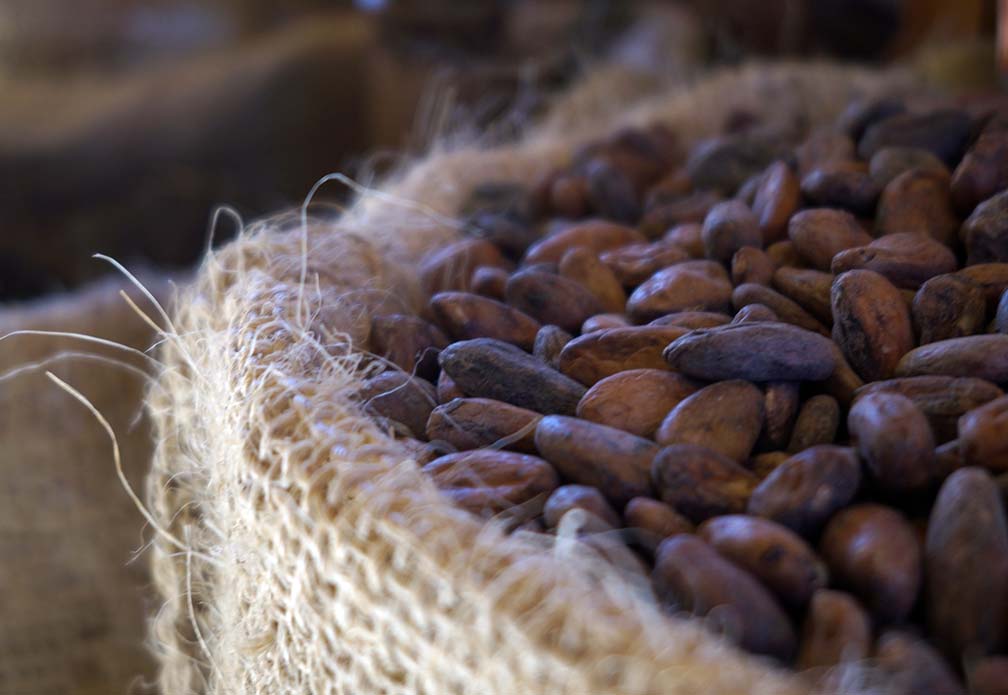 With the proliferation of new producers and an international push for Colombian farmers to grow more cacao, chocolate could give coffee a run for its money as the country’s most trendy, internationally acclaimed treat. Put simply, Colombia’s culinary and agricultural scene is witnessing a chocolate renaissance.

While not a cacao-growing giant like many West African countries or nearby Brazil and Ecuador, Colombia is set apart for quality rather than quantity. Colombian cacao farms almost exclusively grow the two varieties of cacao, criollo and tinitario, considered of the highest grade. The International Cocoa Organization has even granted the nation the designation of producing cacao in the fino de aroma (or fine flavor) category.

With its high-quality chocolate, Colombia could join the ranks of these leading cacao producers in coming years through the implementation of Cacao for Peace. The initiative is a collaboration between the United States Agency for International Development, the United States Department of Agriculture, nine U.S. universities, and various Colombian agencies and agricultural organizations, coming together to reenergize the Colombian cacao industry.

Cacao for Peace intends to strengthen Colombian research and agricultural institutions as well as encourage farmers to take up cacao cultivation, which will mark a switch from coca to cacao for many farmers. As part of the larger transition to peace, the program is designed to disrupt the narco-trafficking economy by interfering at the earliest stage in cocaine production; using a crop-substitution scheme, the initiative supplants existing narcotic drug networks with networks of farmers selling their cacao to local and international markets.

The plan is to transform Colombia into a global supplier of the raw material of cacao, but increased production of cacao also holds potential to boost the national chocolate industry. There are various companies, old and new, poised to capitalize on a larger cacao supply and harness growing hype surrounding regional variety, organic, locally sourced, fair trade, specialty, and artisanal products within the country. Finally, framing Colombia as a producer of both exceptional cacao and chocolate fits neatly with existing popularity of chocolate as a beverage in Colombian culture.

Colombia has historically had less of a chocolate culture surrounding solid, fine chocolate in bar form, but the fondness for chocolate as a drink, the way chocolate was first consumed in pre-Columbian cultures, is deep-rooted in Colombia. Particularly in the colder, Andean cities of the country, there is a longstanding tradition of drinking hot chocolate, often in the santafareano style, accompanied with a slab of cheese and an almojábana.

Santander Chocolate, a high-quality brand of the Compañía Nacional de Chocolate sold in most grocery stores, was one of the first brands aiming to convert Colombian taste for the hot chocolate beverage into a love of fine, solid chocolate. Specializing in single-origin chocolate from the Santander region, its bars dominated the solid chocolate commercial market without facing much competition until recently.

Over the last several years, the appetite in Colombia for fine chocolate in bar form, as well as for truffles, bonbons, and other chocolate products, has quickly grown. In its second year, the Casa del Chocolate fair held during the weekend of Día del Amor y Amistad in September showcased 40 chocolate producers and reflected the mounting interest and demand. Opportunities to delve deeper into the world of Colombian chocolate are also emerging: a professional chocolatier named Suzie Hoban, or ChocoQ, recently launched the Colombian Chocolate Club to offer tastings and chocolate-making workshops, satisfying a hunger among foreigners and locals to learn about chocolate and practice techniques for artisanal production.