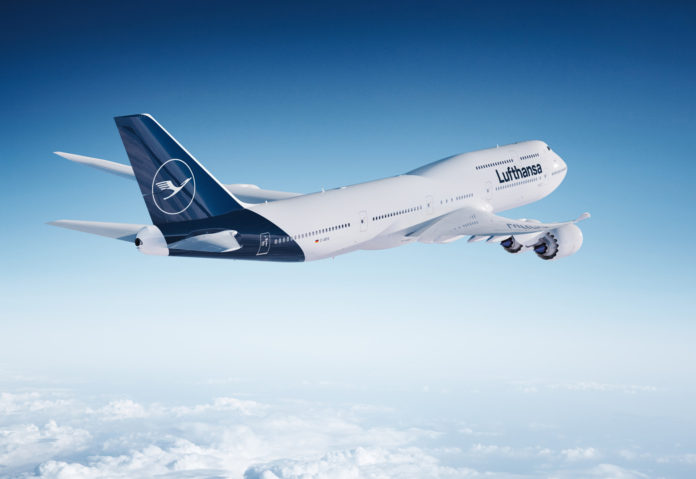 Germany’s flagship carrier Lufthansa announced it will increase its seat load capacity on the daily Frankfurt – Bogotá route by incorporating the Airbus 340-600 aircraft.

By adding one of the fleet’s longest aircraft on the direct flight between Germany and Colombia, Lufthansa forecasts a 30% increase in passenger traffic for 2019. The Airbus begins operating on October 27 and counts with 213 seats in Economy, 32 in Premium Economy, 44 in Business, as well as eight in First Class.

The airline’s Vice President for The Americas, Tamur Goudarzi Pour also announced that the plane’s First Class service to and from Colombia, includes all the premium products, such as a personal assistant for the 13-hour flight, five-star dining experience, and temperature controlled duvet for a seat that extends into a two-meter-long flatbed.

The start of Lufthansa’s upgraded A340-600 service on the Frankfurt – Bogotá route comes two weeks before Avianca begins flying to its first German destination – Munich. The new five-day a week direct flight from Bogotá to Munich will be operated with a Boeing 787-800 Dreamliner.

Gourdazi welcomed the launch of Avianca’s new Munich service, and third destination within continental Europe for Colombia’s national airline. Lufthansa and Avianca already codeshare on multiple international routes and passengers enjoy certain benefits, such as lounge access, as both airlines are members of the Star Alliance network.

For Goudarzi, the Colombian market for the Lufthansa Group, that includes Lufthansa, SWISS, Austrian and Eurowings, represents an on-going commitment to a country that is “catching-up” in terms of passenger traffic with other emerging economies. The end of the Schengen Visa requirement for Colombians has also helped seat load, as potential customers now have a greater choice when it comes to choosing a port of entry, such as Madrid, Paris, Barcelona, Frankfurt, and Munich. “We are an industry of freedom […] and any regulatory change that gives people the chance to travel, and live new experiences is something we strive for,” said Gourdarzi. “It’s also a social obligation.”

Passengers on the Bogotá-Frankfurt route can also appreciate the airline’s new color scheme unveiled earlier this year, and first major change in the livery in thirty years. The new look covers staff uniforms, onboard amenities, dining flatware and other cabin amenities such as blankets and pillowcases. Some 160 million items will be exchanged over the next two years. The new livery also marked the start of the airline’s environment friendly campaign #SayYesToTheWorld after investing in new fuel-efficient aircraft.

But Lufthansa isn’t the only airliner looking to boost traffic with Colombia. Last month, low-cost carrier Spirit Airlines announced it will begin flying to the southwestern city of Cali from Fort Lauderdale-Hollywood International Airport with daily nonstop service. The new flight begins December 20 and becomes the fifth destination within Colombia for Spirit. The Florida-based airline currently flies to Bogotá, Cartagena, Medellín, and Armenia.

“Spirit is excited to grow once again in the beautiful country of Colombia,” said Mark Kopczak, Spirit Airlines’ Vice President of Network Planning. “After starting service there more than a decade ago, we continue to see amazing demand by our guests wishing to visit family and friends or enjoy a vacation full of culture and cuisine. Cali will be yet another option to keep loved ones connected.”