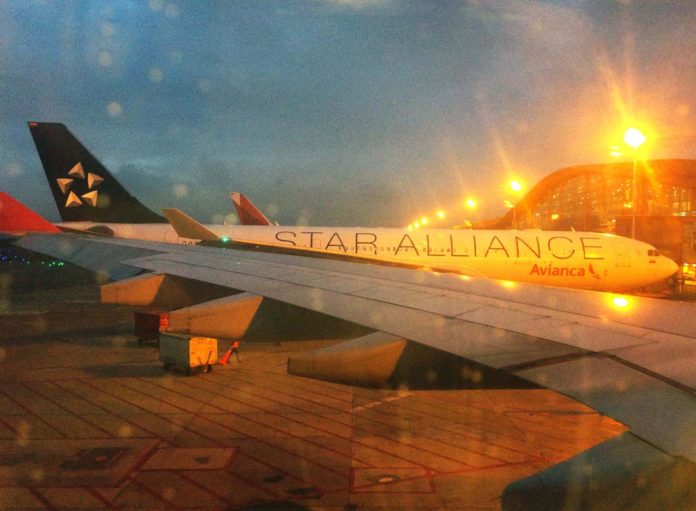 Colombians are taking to the skies in record numbers, with the summer months, the busiest so far this year. According to figures released by Avianca Holdings, 2.6 million passengers were transported on its flagship  and subsidiary carriers – an increase of 5.9% over the same period last year.

But Colombians are not just traveling domestically, as just shy of 50% of all trips were international (1’066.000 passengers), with June, marking an even sharper increase of 11.9%.

While the country’s two largest airlines, Avianca and Latam Colombia of Latam Airlines Group, are leading the passenger surge, low-cost airlines VivaColombia and Wingo have been aggressively opening up more routes, and competing for leisure travelers on predominately business routes, namely Lima, Mexico City and Panama.

In a move to fill seats on routes competing with low cost, Latam Colombia announced a new commercial strategy which adjusts to the needs of budget conscious passengers, who travel with just a carry on, don’t mind where they sit, and save on having to pay for reserved seating. By incorporating a no-frills category in Latam’s tiered pricing options, the airline’s executives believe they will be able to satisfy the demand for low-cost fares while maintaining their traditional business model of being a global carrier.

Latam is a member of One World alliance that includes British Airways, Iberia, American Airlines and Qatar, among others. In a similar move which melds low-cost with full-feature service, Dubai’s Emirates Airlines announced this month its “extensive partnership” with the nation’s budget carrier Flydubai.

While Latam incorporates Ryanair type strategies to charge additional fees for food, checked luggage and seat selection in exchange for hard-to-beat fares, Bogotá-based Avianca has been actively pursuing a strategic partnership with Chicago-based United Continental. An Avianca-United partnership could be announced by the end of July. Avianca and United are both members of the Star Alliance mileage and code-sharing network.

The major corporate push by airlines to dominate new markets, includes Avianca Brazil and the launch in June of its first São Paulo to Miami flight. Should the alliance with United prosper, the North American carrier would gain a solid footing in the region.

As part of its on-going international expansion, Avianca launched last month  a four weekly flight between Bogotá and Boston. The airline is also expected to announce this month a fourth destination within Europe, complementing its daily London, Barcelona and Madrid service.

As Colombia’s airlines bank on selling more seats and bulk up their international presence, this competition is welcome news for passengers looking for better deals to their favorite holiday, even business, destinations. But if the cost of a ticket is what really motivates you to take to the skies, and you are willing to be assigned a seat at the back of the plane, then there are plenty of pricing options for that short flight. But if you plan to go long-haul – a red-eye to New York or Paris for example – don’t expect low cost to take you there. While a weekend escape to Cartagena may get that much cheaper, trans-Atlantic remains full-service and good deals, fewer and further between. But this, however, isn’t keeping Colombians away from spending their hard-earned pesos on an international vacation.