The Basilica of El Voto Nacional, one of Bogotá’s finest and most interesting churches and once a well-known landmark in the city centre, is now neglected and largely forgotten. Only seven blocks from the President’s Palace, it dominates the Plaza de los Martires. But it also sits close beside the notorious “Bronx” district, the refuge of the damned after the Cartucho was cleaned up, now a by-word for all that is lowest and vilest in the life of this city.

Cut off from even semi-respectable Bogotá by the very effective frontier formed by the TransMilenio in Avenida Caracas, it has been out of sight and out of mind for too long. Completed in 1918 to celebrate Colombia’s dedication to the Sacred Heart of Jesus, and bear witness to a national vow (voto) of peace, after the War of the Thousand Days (1899 to 1902) it is stunning as architecture. Its scale is overpowering and the internal decoration is magnificent, especially the main altar with its huge statue of the Sacred Heart. From outside it is dignified and imposing, but human and welcoming. The high narrow dome is visible across much of central Bogotá, even if few still know what it represents. But its splendour is now run down and distressed. The structure is becoming dangerous.

The contrast with many cleaner and more respectable churches is striking. There are big holes in the ceiling and an area near the altar is cordoned off for safety. The pews groan with wear. The old style open confessionals are more battered by use (especially from knees) than in any other church I have seen. But they have dignity: they have heard the shame and anxiety, and the easing of the hearts of generations. There is a side altar dedicated to Saint Jude, traditional patron of hopeless causes, always with a candle or two burning before it.

This may have been a famous and fashionable church long ago, but now it is a home to the poor, the spiritually needy and the desperate. And it is all the better for it. The liturgy is by far the most uplifting in the city. The 9:00 morning Mass on Sundays makes a powerful impact. The congregation contains a large group of indigenous people, the women and girls beautifully dressed in traditional costume, with their own spirited and deafening band beside the altar. There is a strong sense of a living community finding a welcome and acceptance not so easily come by outside.

But the Voto Nacional is not just a very special parish where the Good News is preached to the poor. It has a message for the whole country. It is not surprising that the church has been unjustly neglected and is in danger. The nation has notoriously failed to fulfill its solemn vow of peace. The century since the basilica was built to express that vow has been one of constant conflict and violence. No doubt unfairly, the War of the Thousand Days looks to us in 2011 like a picnic beside the massive killings and injustice over the last fifty years. The Vow has been broken; many of the comfortable try (however understandably) to put the conflict and the suffering of others out of their minds. Who can doubt that these are deeper and truer reasons why the basilica is falling apart?

This long-suffering building has become a small but compelling outward sign of a deeper, less immediately visible but much wider crisis. The state of this national monument should be a wake up call to the collective conscience, to summon up the level of indignation, and thereby the will, to achieve the massive scale of change which the conflict demands.

So we should welcome the news that thanks to the redoubtable parish priest, Father Dario Echeverri, sharing the drive and vision of the Archbishop of Bogotá and the Mayor, action is now in hand to save the basic fabric of this remarkable church. The Ministry of Culture and the Colombian construction industry association CAMACOL are giving significant help. The physical structure of this symbol of long desired peace should now be safe from collapse, even if restoring the basilica to its original splendour will take much longer, and need yet more determination and effort.

What a miracle it would be if the beginning of work to save the church were to coincide with the start of a purposeful new process, which could before long lead to a successful, comprehensive and enduring peace. If it does, then surely the fervent prayers of the poor in the Voto Nacional, helped by St. Jude to rise to Heaven even faster, will have been answered. 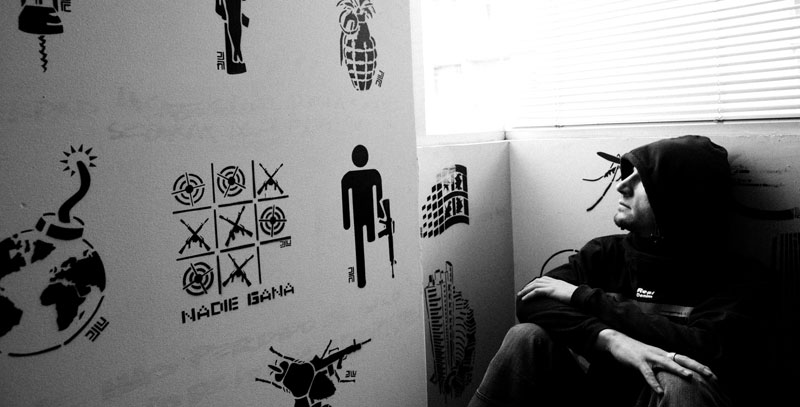