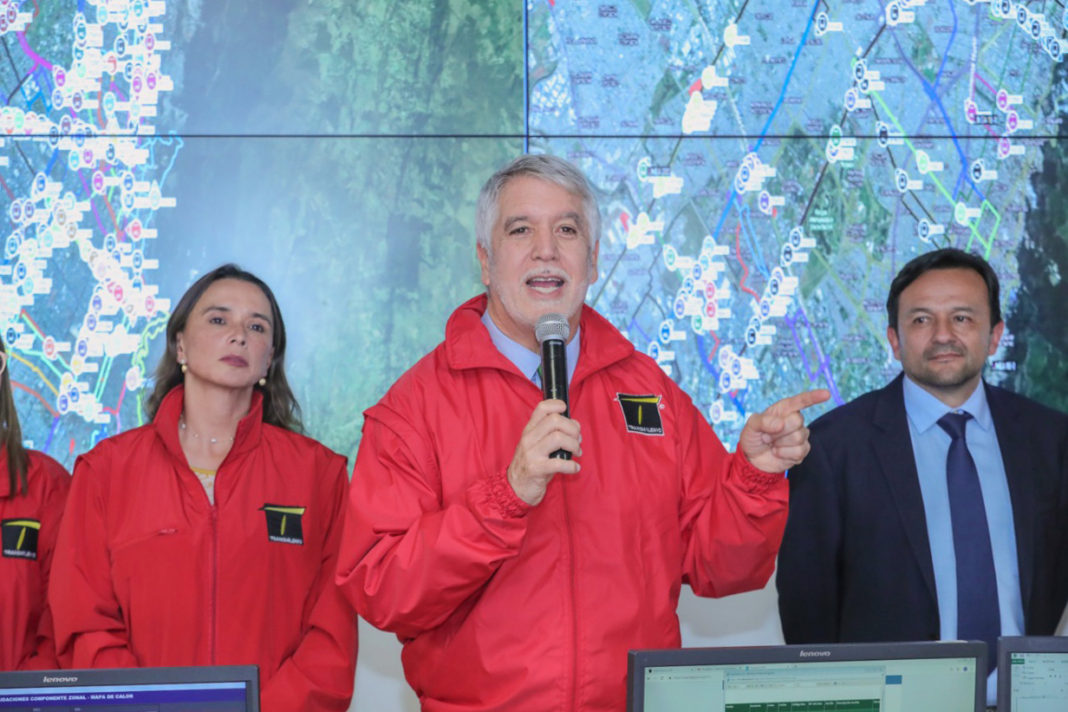 In a major announcement Monday, Bogotá’s mayor Enrique Peñalosa confirmed the bidding process for the purchase of 594 electric buses to be incorporated into the TransMilenio fleet in 2020.

The bid to up-grade TransMilenio into an environmentally friendly mass transit system has been in works since 2018 and consists of a two-phase implementation, starting with the initial 594 buses, and a second phase that includes other low emission technologies to complete a total fleet of 2,700 vehicles. With the first acquisition, Bogotá will have the largest electric bus fleet in Latin America, and move that will greatly improve the city’s air quality.

The TM buses that service Suba Centro, Fontibón, Perdomo and Usme will be given priority with all-electric transportation. The international bus manufacturers that have so far made the short-list for the Bogotá bid are BYD, Miysui – Caetano, Siemens, Sunwin, Youtong, Yinlong, Dongfeng, Sinotruck, Foton, and Zhongtong.

The TM buses will have a capacity to transport an average of 80 passengers, with the smaller SITP Busetón equipped for 50 and Buseta for 40. The buses will all be powered in operation yards and the suppliers have a concession contract for 15 years.

During the announcement, Peñalosa remarked that no manufacturer currently makes a high-floor electric articulated bus, and therefore, clean transportation technologies will be used for replacing the outdated SITP system. María Consuelo Araujo, director of TransMilenio stressed that as soon the 594 electric buses are operating in Bogotá, customer service will also improve. This issue is very much at the heart of the commuting public given that TransMilenio, according to the Bogotá Chamber of Commerce’s Security and Perception Index, is considered by 60% of the public, to be unsafe.

The drama of the “colados,” as well as muggings within the bus network is forcing TransMilenio to adopt tough measures that include more investment in policing, security cameras and upgraded station infrastructure.  The National Police’s canine division will also begin making its rounds within TransMilenio to sniff out explosives and act as a deterrent to the 2.4 million “colados” who every month cheat the system by not paying, either by jumping over the metal wickets or from the street when platform doors open.

While replacing an increasingly outdated and over-crowded bus system is a priority for all Bogotanos, it must also be accompanied by a culture of civility.