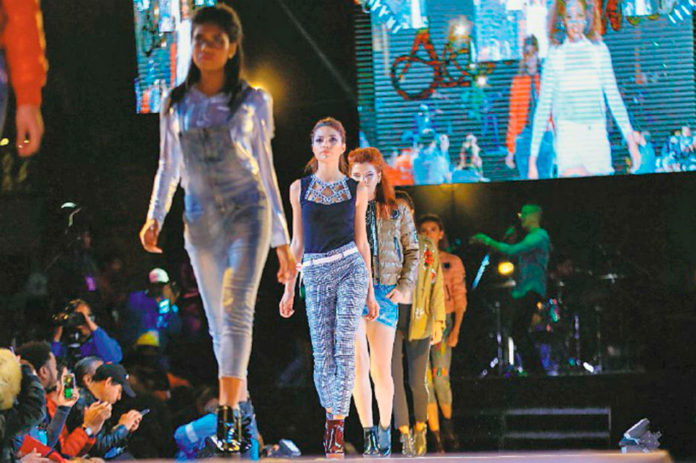 Considered for years the most dangerous area of Bogotá, the two streets of El Bronx were taken back from heavily-armed gangs on May 28, 2016, during a 2,000-strong police operation ordered by Mayor Enrique Peñalosa.

Lodged between derelict buildings in the district of Los Martirés, El Bronx was the largest crime scene the capital has ever known. Barricaded from public view as the existence of torture chambers and brothels that peddled children as sex slaves surfaced, Peñalosa took the decision to raze the most infamous corner of the neighborhood to the ground, in order to begin construction of a cultural corridor along Calle Milla. In a coordinated effort with the local mayoralty of Los Martíres, El Bronx is now the epicenter of an ambitious urban renewal project that includes art studios, galleries, and gastronomy workshops.

The Bronx Creative District (BCD), is located four blocks from historic La Candelaria, and Calle Milla, its main street, is developing as the future hub for many creative and soft-culture industries. In order to promote the start-up of many future start-ups, the mayoralty hosted last month an Orange Festival in which one of the guests of honor, was president Iván Duque, co-author if the book The Orange Economy.

Most major cities around the world are transforming abandoned lots and warehouses into trendy live and workspaces for creative types, and Bogotá, with the launch of the Ola Naranja festival, appears committed to increasing investment in soft culture – or orange – industries that include fashion, design, architecture, photography, and multi-media. According to the mayor’s office, the Bronx has the potential to draw in millions of visitors with theater productions, fashion shows, concerts, and other artistic manifestations.

The creative cluster that currently contributes most to Bogotá’s GDP is fashion, generating employment for 4,500 local designers. In this cluster, fashion design leads, with jewelry and footwear also contributing to the orange economy.

The Bronx Creative District will be the first in Colombia and Mayor Peñalosa is betting on this “vulnerable neighborhood” becoming a pioneer in urban development in three years. The project is planned in five stages covering 14.4 hectares.

Among the institutions that will migrate to the BCD is SENA, the country’s technical and apprenticeship entity with new headquarters where 10,000 students will learn gastronomy, web design and manual skills.

While the most notorious buildings were bulldozed in 2016, several dozen art deco properties still stand in the former El Bronx and are in the process of being purchased by the district to make room for artists. As Bogotá envisions an “orange future,” President Duque remarked at the festival that he will promote in Congress a tax reform that offers income tax deductions for five years to companies that create a minimum number of jobs.

“I want to stimulate youth entrepreneurship and encourage urban renovation so that places can give the economy an orange protagonism,” he said.