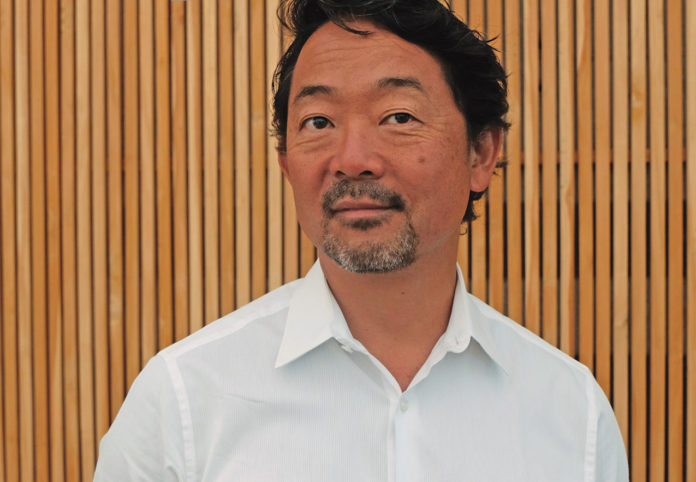 Just past midnight, on July 30, 2017, a 4.7-magnitude earthquake rattled central Colombia. In Bogotá, 80 kilometres east of the epicenter, which according to the nation’s geological institute, Ingeominas, was located near Armero, Tolima, the telluric movement was so mild that it could have been mistaken for the rumbling of a passing truck.

But the mere mention of the name Armero conjures up terrible images of devastation when on the night of November 13, 1985, a mud ow caused by the eruption of the Nevado del Ruíz volcano, slammed into this prosperous agricultural community killing almost all of the 25,000 residents. The immediate aftermath of the tragedy caught the attention of the world, especially harrowing scenes of 13-year old Omayra Sanchéz trapped from the waist down in heavy mud. Despite round-the-clock efforts to pull Omayra from the rubble, after three days in agony, the young Colombian girl died from her injuries.

In a country with several active volcanoes, and many more dormant ones, seismic activity is constantly being monitored. Even though tremors are a daily occurrence in certain regions of the country, Colombia’s last major earthquake took place January 25, 1999, destroying towns in the Coffee Axis, and resulting in the loss of life of more than 1,000 people mainly in the capital of Quindío, Armenia.

Last month, one of the world’s leading earthquake specialists, and founder of the Sacramento-based risk assessment firm Miyamoto International was in Bogotá for the launch of their first office in Latin America. Kit Miyamoto met up with The City Paper to talk about why this Andean capital was chosen above others for his structural engineering rm that implements quake-resistant solutions. “On the global earthquake scale, Bogotá is very hazardous as it is built on soft soil and destruction can be amplified by seismic motion,” said Miyamoto. “The risk is high, but we feel we can make a huge difference by making structures safer for people.”

While Colombia adheres to international standards with its seismic building code – an adapted version of the U.S model – most constructors don’t fully consider the long-term consequences of poor design. Miyamoto, who spent months assessing damage to buildings in Christchurch, New Zealand, after a 6.3-magnitude earthquake struck February 22, 2011, states that while loss of life was low with 200 killed, some 2,000 buildings had to be demolished, reducing large areas of a vibrant city “to a parking lot.”

“New construction does not necessarily guarantee being safe during an earthquake rather than inside an ancient structure,” claims the engineer, who has worked on relief efforts in the aftermath of some of the world’s most devastating tragedies, such as Sichuan in China (2008), Haiti (2010), Nepal (2015), and last year in Italy and Ecuador.

According to Miyamoto, “Kathmandu’s soil is similar to Bogotá,” and while many of the high-rises endured lengthy seismic movement, the modern condos were uninhabitable afterwards. Residents lost a sizeable investment. Making a building resilient can cost between 2% and 5% more on overall costs, and this is what Miyamoto refers to as ‘performance engineering’.

The engineer, who was born and raised in Tokyo, has praise for Colombian colleagues, but believes that seismic strengthening is increasingly necessary for concrete buildings built in the capital before 1990. While the government has a responsibility towards making its infrastructure earthquake resistant, on average in a mega city such as Bogotá, 95% of all buildings are owned by the private sector, from factories and assembly plants to recreational facilities, hotels, and shopping malls.

Even if an earthquake doesn’t result in loss of life, severe structural damage can mean the end of a business, or dealing with losses greater than if the pre- emptive measures had been taken. For Miyamoto, companies that can prove they are “seismically safe” is good for business. “We are in a very fragile era for this earth. We are witnessing a major earthquake, near a major metropolitan area, every year, since 2004,” states Miyamoto.

With so much tourism revenue in Italy dependent on the preservation of historical patrimony, many heritage buildings are investing in high performance engineering to guarantee their economic future. Miyamoto International is currently reinforcing a 150-year old UNESCO-listed palace damaged during the 2015 quake. As earthquakes become more frequent around the world, planning ahead is more essential now than ever.

Earthquakes are random and strike at any moment. In Colombia, the town of Mesa de los Santos in Santander department sits on a fault line which shifts everyday, resulting in low-intensity movement. But in Bogotá, seismic movement is few and far between. For Miyamoto, many of the world’s large cities are “100 years overdue” for their next earthquake, including the Colombian capital.

Growing up in highly seismic Japan and earning a degree from California State University, and Ph.D from Tokyo Institute of Technology, the 54-year old Kit Miyamoto witnessed his rst major earthquake in 2008, when the Chinese government asked him to assess damage to thousands of building destroyed during a 7.9-magnitude earthquake which struck the mountainous Sichuan province, killing 70,000 people and leaving over 18,000 missing.

As the only foreign engineer at the scene of the destruction, Miyamoto, saw how schools with 5,000 students each, were levelled to the ground, as the quake struck on a Monday afternoon, and classes were in full session.
“It wasn’t good enough for me to be an engineer in California, after witnessing so much death and loss. I needed to get involved to help reduce fatalities as much as possible. I didn’t want to keep seeing children dying.”

When a quake strikes, the Miyamoto International team of engineers are some of the first on the scene, asked by governments to assess damaged structures and consult on projects of seismic risk mitigation. The multinational is currently working with 2,000 schools in Istanbul, as well as the government of Haiti, through USAID projects. Now, it’s Bogotá’s turn after the company established a field office in Pasto, Nariño, which was involved with the earthquake assessment of Portoviejo, near Ecuador’s “ground zero”.

While many organizations are quick to leave disaster zones, Miyamoto is in for the long haul. The engineer lived for a year in Kathmandu after the Nepal earthquake, and up to three years in Port-au-Prince, Haiti, which seven years later, is still rebuilding.

In a ceremony to mark the 200,000 victims of the 2010 disaster, Haitian President Michel Martelly recognised the “shared responsibility” which resulted in so many fatalities. “We did not build well, we were not well-prepared, and people were not secure.”

These words echo the sentiment that “earthquakes don’t kill, buildings do.” Sadly, as Miyamoto remarks, “people don’t understand the power of an earthquake until they have been in one.” And this engineer will surely continue to be on the frontline of nature’s unpredictability. 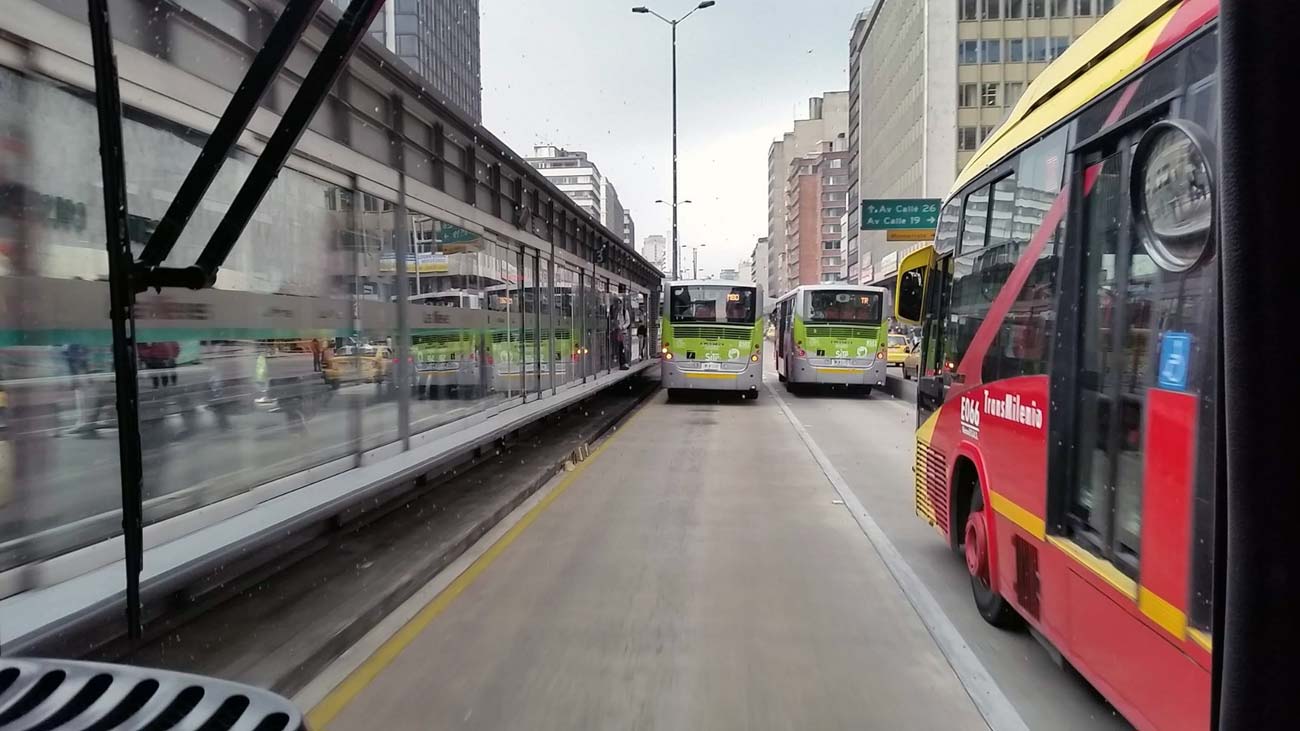