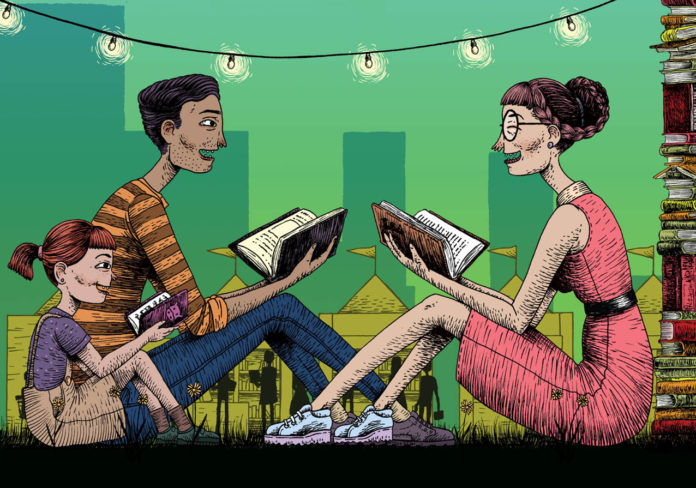 The Parque 93 is best known for its well-heeled restaurants, bustling bars and place to take the kids for a Sunday ice cream. But, while there are plenty of opportunities to burn-off carbs and let the dog have a run, the first four days of February will give the mind plenty of flexing with the first edition of Festival del Libro Parque 93.

An initiative by the association Amigos del Parque 93, this event brings together 25 independent book merchants who will showcase bestsellers, rare editions, as well as plenty of children’s literature. As the first free cultural happening in the park of the year, the festival combines great reading material with poetry recitals, music by DJs, and talks given by award-winning writers.

Mexican screenwriter Guillermo Arriaga of Babel (2006) and Amores Perros (2000) will sit down to discuss “untold stories” with The New York Times bestselling author of The Informers and The Sound of Things Falling, Bogotá’s very own Juan Gabriel Vásquez.

With the slogan “between books, booksellers and bookstores,” the mission of this first-ever event seeks to promote reading in public spaces, and offer visibility to hardworking independent booksellers from across the city and nearby Chia, as well as Envigado in Antioquia and Yopal, Casanare.  Argentina is guest country of honor, and the department of Chocó, our regional representative. The Chocó comes to us in the literature of Jorge Isaacs, Ricardo Carrasquilla, Teresa Martinez de Varela and Oscar Collazos, among others.

Representing this majority Afro-Colombian department, much admired for traditional chants and the marimba percussion instrument is Inés Granja – “voice of the marimba.”

Other performing artists who will take to the park’s main stage are Jairo Ojeda, father of children’s music in Colombia; Leopoldo Federico Quintet, interpreting tangos in honor of Argentina and the soulful septet, FatsO. The Cincinnati-based gypsy rock band, Burning Caravan, returns to Bogotá as the festival’s star international act, with a free concert on Saturday, February 3, 10:00 pm. Booksellers will tend to their stalls late on Saturday in order so that visitors can go straight from a printed page to a dancing stage.