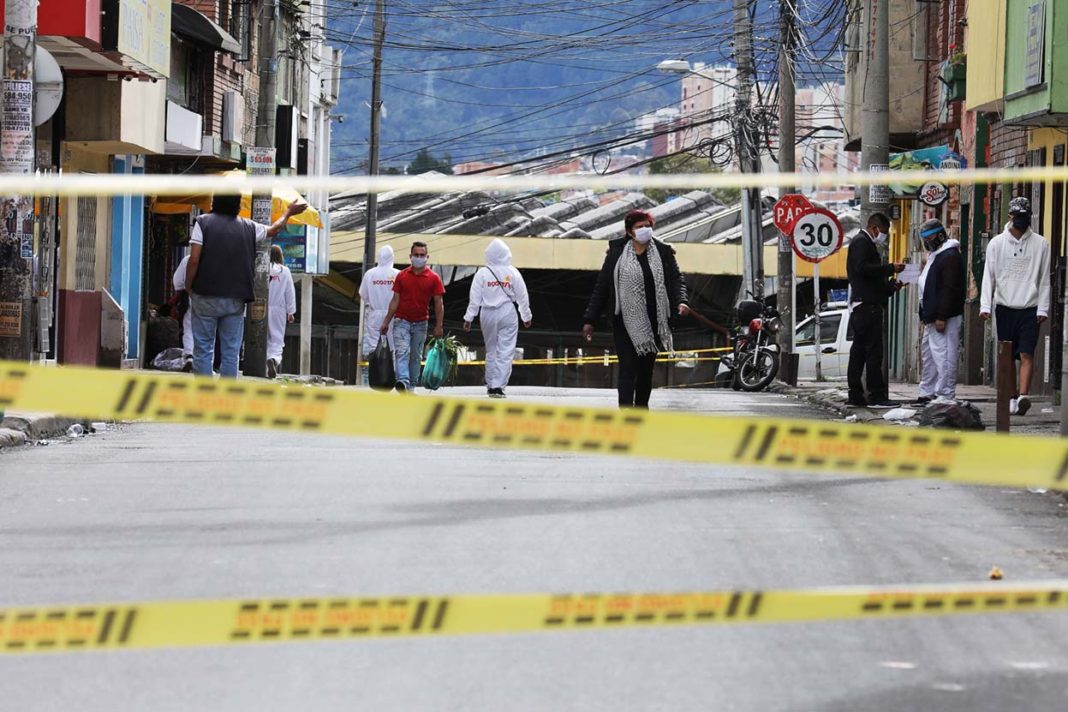 Bogotá health authorities spent the first day of quarantine conducting prevention work and epidemiological research in the first group of localities that will remain locked down until July 26. While 2.5 million residents of the capital’s nine million are under enforced stay-at-home orders, district health workers carried out 1,500 PCR tests to contact and trace the spread of coronavirus among symptomatic and asymptomatic residents.

As Bogotá’s normally busy streets are emptied yet again of pedestrian and vehicular traffic, especially in the sprawling commercial locality of Chapinero, on Tuesday, Mayor Claudia López did not rule out that quarantine could be extended to all of the city, given a recommendation from the representatives of 14 medical associations as ICU capacity topped 90% with 1,083 critically-ill patients. The localities with the most amount of COVID-19 cases in the capital are Kennedy (8,074), Suba (5,251) and Bosa (5,090).

Barranquilla, the capital of the department of Atlántico, has the second-highest concentration of coronavirus cases with 19,158, followed by Cali with 11,116 and Cartagena with 10,980.

While the nation will top 160,000 cases within 24 hours, the Ministry of Health has also confirmed that since the outbreak in early March, 68,806 patients have recovered, putting active cases at 85,123.

On Tuesday, Colombia suffered 170 more deaths putting the new total of fatalities at 5,625. Bogotá registered 45 deaths of the day’s total, raising the toll to 1,206.

According to the National Institute of Health, the country has processed 1,082,415 PCR tests and is ranked third in Latin America for the amount per million inhabitants.

As Bogotá embarks on six weeks of rotating quarantines, Medellín Mayor Daniel Quintero also introduced additional measures to contain the spread of coronavirus in the departmental capital and Valle de Aburrá region with a curfew extending from Friday to Monday, and the Independence Day holiday long weekend.