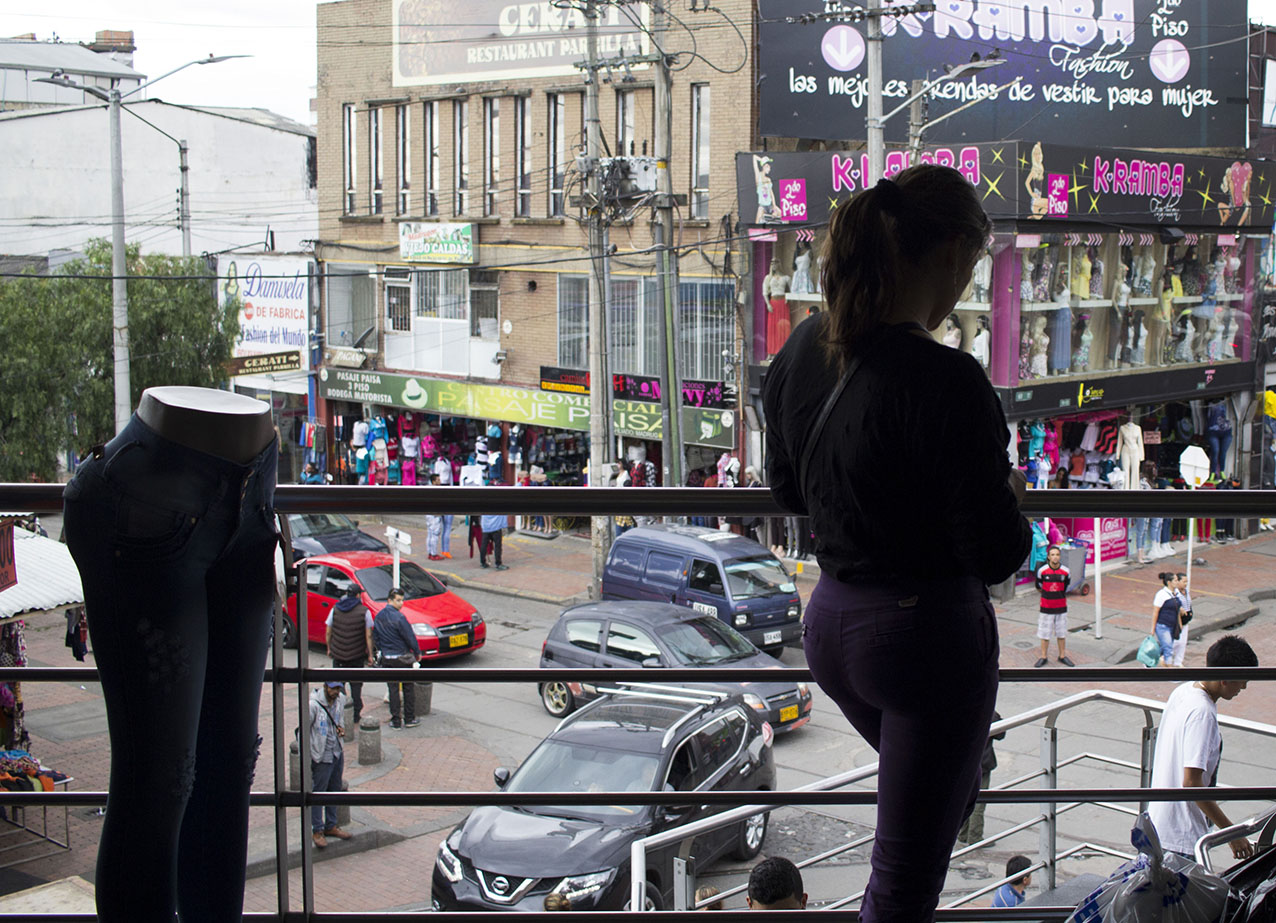 Twenty years ago, Bogotá’s San Victorino commercial district was a pressure cooker of crime, drugs and prostitution. Today, it’s filled with hundreds of small businesses hawking everything from jeans to piñatas.

But San Victorino is still a pressure cooker – and the pressure is rising. For months, tension has been growing between Colombian business owners and their Chinese counterparts. Colombians say Chinese store owners are undercutting their businesses and hurting the country’s economy. Chinese business owners say they’re simply searching for a better life and trying to make a living like anyone else.

But what has so far been a relatively peaceful coexistence is starting to get tense.

Last month, thousands of Colombian protestors took to the streets to demand that the government protect their businesses from what they consider a Chinese “invasion.”

The following week, officials from Migración Colombia, the Colombian Immigration and Border Control agency, rounded up more than a dozen Chinese businessmen and women with out-of-date immigration paperwork. Several of those found not in compliance were given a grace period to up- date their information, but at least seven are likely to be deported, said officials. “I came here three months ago because they said that there was good business in Bogotá,” explained Zhou, a Chinese merchant who moved to Colombia from Spain and runs a small clothing store in the area. “But people treat me worse here.”

According to “Juan,” a Chinese immigrant who works as an accountant and lawyer for several business owners in San Victorino, Chinese businessmen and women run some 25 shops in the area. Interestingly, most of his fellow Chinese business owners in San Victorino are originally from the same province, he said – an area just south of Shanghai called Zhejiang.

But Juan left China more than a decade ago and arrived in Colombia from Spain, where he had run a similar business for 10 years. Since settling in Bogotá, times have been tough, he said. “I thought it would be better here than in Spain, but it has been hard with the police,” he explained. Still, he doesn’t blame Colombians.

“When my business is bad, I try to look at myself and not assume that it is someone else’s fault.” Juan said he travels back to China every few months to visit family and buy new merchandise to sell here in Bogotá.

And while doing so isn’t inherently illegal, Colombian police and customs authorities regularly catch contraband Chinese merchandise entering the country. Official figures suggest the total so far in 2016 is about $11 billion pesos ($3.6 million USD) but business leaders in San Victorino claim the figure is at least twice as high.

“If they’re following the law, why is so much contraband coming into the country,” wondered Carlos Sanabria, president of the Gran San Victorino Council.

“They are willing to pay twice as much for a locale,” he said. “The Chinese want to get rid of Colombian business and create a Chinatown just like they have done in every big city in the United States.”

Nonetheless, lots of Colombian business owners say they’ve had enough, and they’re even starting to take out their frustration on the Colombian employees of Chinese merchants. “People insult us and call us thieves,” said Daniela Rodríguez, who works for a Chinese employer in San Victorino.

Many Chinese business owners in the area speak very limited Spanish, so the majority of their employees are Colombian. Each store typically employs five Colombians. “Colombians don’t give us an opportunity to work, but do,” explained Rodríguez.

Porras explained that the clothing she sells is made in Colombia and employs people along every step in the process. That makes it tougher to raise prices as well.

“We can’t lower our prices because of all of the work involved in making our clothes,” said Nexa Castro, who has run several shops in San Victorino for nearly 20 years.

“The only way to improve the situation would be for them to leave,” said Castro.

An alarming number of Colombian business owners agree.“Look at what’s happening between Uber and taxi drivers,” said Sanabria, who is helping organize a nation-wide protest during the next few months. “And that’s between Colombians.”

“What do you expect from someone who can’t feed his children anymore? If the government doesn’t handle this situation, it’s going to get ugly.”

Sanabria suggested that the government should crack down on contraband and level the tax playing field to help Colombian businesses compete.

“We are afraid that someone is going to get killed,” said Zhou.

But even if the situation doesn’t turn violent, it’s unlikely to significantly improve in the near future, at least according to Sanabria.

Bogotá may get respite from inclement weather, but best carry an...