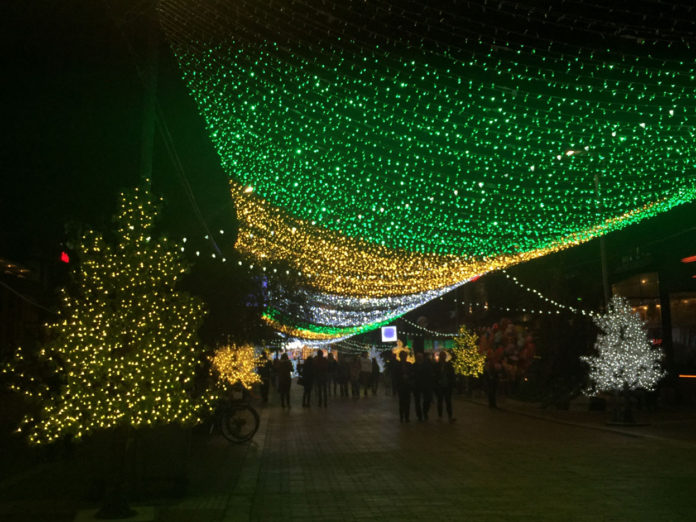 Bogotá is in full holiday mode with the traditional Ruta de la Navidad – Christmas Route – illuminating almost every inch of the city. With plenty of activities to keep you entertained during this month, begin wandering through the lights and sounds of the capital, starting at the iconic Plaza de Bolívar where a giant tree has all but displaced the statute to the Liberator.

If you feel more liberated spending your end-of-year bonus in the shopping centers of the Zona T, nine days before the Noche Buena (Christmas Eve), there will be carolling with traditional villancicos, and the reading of the Novena de Aguinaldos.

Christmas in Bogotá is all about getting out to enjoy free concerts, the night bicycle ride on the ciclovía, and strolling the beautifully illuminated parks of El Virrey (Cra 15 with calle 86A), La Independencia (Calle 26 between Cras 5 and 7) and Parque Nacional (Cra 7 with Calle 32).

For the candle lighting of Día de las Velitas (December 7) the Parque Simón Bolívar will see the largest turnout since Pope Francis held his open air mass on the grounds back in September. This family event begins at 6 pm with the magic show “Quiero Ser” by illusionist José Simhon and a reworks display will light up the Bogotá sky.

And then there’s Travesía.

Every night of the nine days before Christmas Eve (Dec 16 – 23) a spec- tacular fireworks display from the Plaza de Bolívar and organized by the French pyrotechnics company Groupe F will entertain. The novena extravaganza Travesía en Navidad is an end-of-year gift to Bogotanos by the Mayoralty and includes mapping and plenty of ambient music. Groupe F is known for its jaw-dropping audio-visual light shows for the Athens Olympics in 2004, Beijing Olympics 2008 and more recently, inauguration of the Louvre Abu Dhabi. The French pyrotechnics gurus plans to use 1.4 tonnes of gunpowder for the Bogotá shows that blast-off on the hour, the first starting 7 pm, last 15-minutes each, and then repeats three more times, every night.

The Christmas celebration doesn’t end at the Plaza de Bolívar, though. This year, different cultural entities have joined forces to promote Travesía through the city’s historic center with restaurants, bars, galleries, and museums opening up late to welcome visitors. The neighborhoods of Santa Fé and La Candelaria are part of Travesía del Sabor (Journey of Taste) and Travesía Cultural (Cultural Crossing), offering spectators of the reworks a chance to enjoy traditional holiday sweets and Santafereño gastronomy.

The largest Christmas tree in the city graces the Parque Tunal in the south and easily accessible by Transmilenio. According to the agenda released by the Mayoralty, 34 places in Bogotá will host some 180 free activities, including the chance to climb the Torre Colpatria on Friday December 8; and in order to deliver on a safe holiday season for all, the National Police launched their “For a safe and peaceful Christmas” campaign to make Bogotanos aware that there will be 180,000 police officers on streets, additional air support with five Bell helicopters and some 250 extra cops on bikes.

Live music will emanate from nine parks during this month covering plenty of ground from folk to salsa, hip-hop and classical. Among the invited recording artists who will accompany the novenas are vallenatero Jorge Celedón, Nelson y sus Estrellas, Corraleros, Johnny Rivera, Peter Manjarrés, and salsa orchestra Guayacán.

The Bogotá Philharmonic Orchestra (OFB) will perform at 3 pm on the Park Way for the Día de la Velitas and in the Parque 93 on Dec 20. The youth orchestra of the OFB will give concerts at the Botanical Garden José Celestino Mutis (Dec 17), El Dorado airport (Dec 19), and National Museum (Dec 20). For a complete listing of OFB’s concerts visit www.filarmonicabogota.gov.co. For the complete schedule by the IDT: www.navidadbogota.gov.co 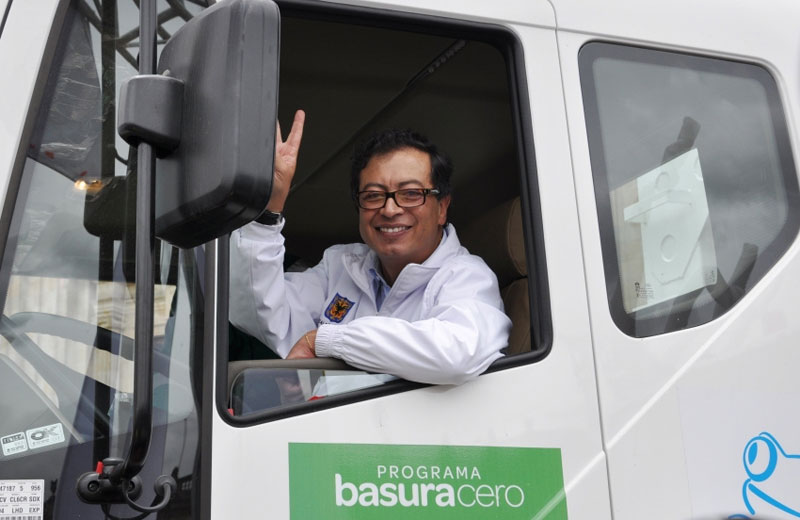