Bogotanos braced themselves for a challenging commute Monday, as 10,000 of the buses which operate in the capital, decided not to circulate in support of a strike by operators over the Mobility Secretary’s decision last week of extending the license plate restriction (Pico y Placa) to all private transport; and which went into effect Monday with heavy fines.

The private bus operators are also angered at the city after a decision back in 2009, allowed them to hand their buses to the companies Coobús and Egobús, which were contracted out by the Integrated Public Transport System (SITP) to form part of TransMilenio’s expanding connectivity. Many of the bus operators claim they haven’t been paid since this measure came into effect, and for abiding by the decision to help the SITP system.

To mitigate the effects of the strike on commuters, the city’s police and fire departments have boosted their presence along major roads and intersections. The army is patrolling the city to ensure citizen safety and Bogotá’s 260-person fire department has put 35 fire trucks at 17 stations on alert to deal with  protests. The metropolitan police has put 17,000 officers on the street since the strike began to affect commuters early Monday morning.

Minor disturbances were reported at the Portal de las Americas TransMilenio station, and in Kennedy along the Avenida Ciudad de Cali, and the lack of bus transportation in Suba forced many to walk long distances in order to reach TransMilenio. In the Bogotá’s south, in the neighbourhood of Bosa, several buses were vandalized. Mayor Petro stated that the city would guarantee “peak hour” public transport while the strike holds out, and with additional TM buses circulating along the articulated network.

As Monday passed with relative calm, and offices let their employees out earlier than usual due to the strike, on Tuesaday, mayor Petro sat down with the representatives of the private companies to find a solution to the crisis and which has resulted in 1,700 taken off the streets. Commuters continued to be patient with local transport Tuesday and no reports of road blockages or disturbances have been reported. 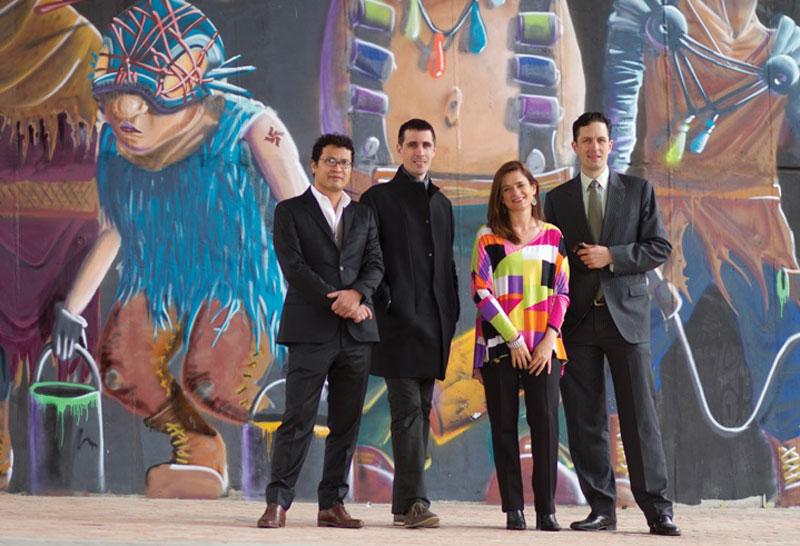