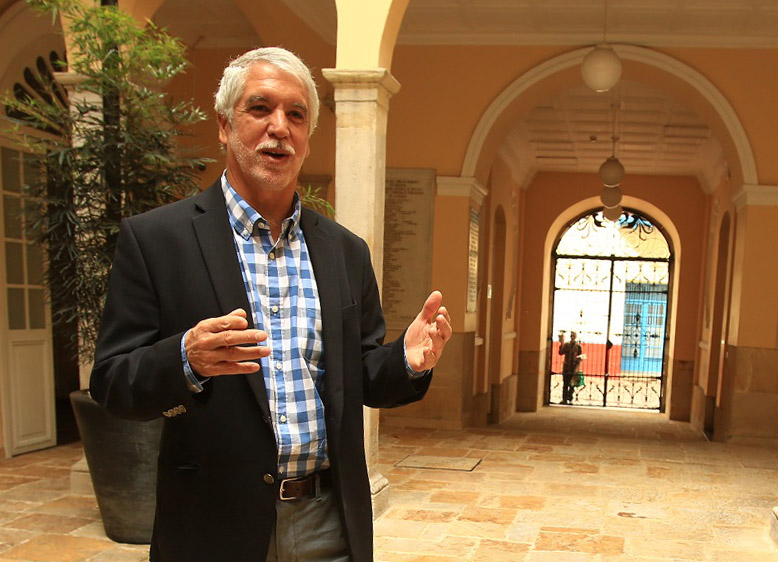 After a five-year absence and a high-profile court battle, bullfighting will return to Bogota’s Santamaria Bullring on Sunday despite heavy opposition from the mayor’s office and animal rights activists.

The new bullfighting season comes nearly four years after the Constitutional Court struck down a 2012 ban on bullfighting imposed by former mayor Gustavo Petro. Current Mayor Enrique Peñalosa has condemned the ruling but said his administration will follow the court’s decision.

“Unfortunately, because of a court order, we have to allow bullfighting,” Peñalosa said in a statement on Tuesday. “We consider bullfighting to be a cruel spectacle and not part of a civilized society.”

The return of the controversial event has heightened tension, pitting bullfighting aficionados, who believe is the event is a cultural heritage and represents “freedom of expression,” against animal rights activists, who argue that the tradition is cruel and inhumane.

The latest round of controversy stems from a 2012 legal battle between Petro and the Bullfighting Corporation of Bogotá, a nonprofit that had organized bullfighting at the Santamaria Bullring since 1999.

In 2012, Petro told the corporation that if it wanted to continue holding bullfights in Bogotá, it would have to eliminate “acts of cruelties,” including the death of the bull, from the event. But the corporation refused to hold bullfights without “blood on the sand,” according to a letter addressed to the city by the corporation’s general manager Felipe Negret Mosquera.

In response, Petro suspended the corporation’s contract with the city, announcing that the bullring would be used for other cultural events, including serving as a meeting place for “poets and writers.”

In 2013, the Constitutional Court sided with the corporation and ordered the city to allow bullfighting and restore the bullring.

The ruling echoed similar court opinions in favor of bullfighting, including the decision of the Constitutional Court of Spain in October to overturn Catalonia’s ban on bullfighting in order to conserve the “preservation of common cultural heritage.”

Despite the Colombian court’s ruling, a tough legislative battle looms over bullfighting, with competing initiatives scheduled to be introduced in Congress. And the hot-button issue, which has prompted protests from animal rights activists and hunger strikes from bullfighters in recent years, has been seen as opportunity for Peñalosa to boost his paltry approval rating, which has plummeted to 22%, according to pollsters Bogotá Cómo Vamos.

Peñalosa, who is now facing a recall campaign, has repeatedly voiced his opposition to bullfighting and is supporting an initiative with Sen. Carlos Fernando Galán that would prohibit bullfighting or at least eliminate the death of the bull during the event. But his unpopularity and accusations of political pandering have sown doubt about his dedication to the issue.

Animal rights activists point to Peñalosa’s decision during his first term as mayor to award the Bullfighting Corporation of Bogotá the Civil Order of Merit for its efforts to salvage the 2000 bullfighting season after a corruption scandal threatened to shut down the Santamaria Bullring.

“The bulls are returning to Bogotá, but we will continue protesting,” said Natalia Parra, director of ¡ALTO! Colombian Platform for Animals, an animal defense group.

The Santamaria Bullring was built in 1931. After recent renovations, the bullring has a capacity of 10,000 spectators, 3,259 fewer than before.

The 2017 bullfighting season runs from January 22 to February 19.

Several Latin American countries have permanently banned bullfighting, including Argentina, which outlawed the practice in 1899, and Uruguay, which followed suit in 1912. Cuba and the Mexican states of Sonora, Guerrero, and Coahuila have also prohibited the practice.