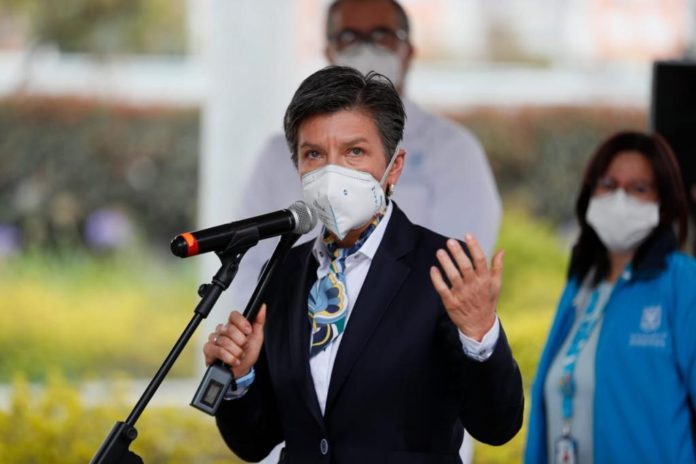 The Mayors of three of Colombia’s largest cities – Bogotá, Medellín and Cali – have seen their approval ratings slump a year into their respective terms. Even though the majority of the electorate approve of Bogotá Mayor Claudia López’s administration with 61% in favour, her numbers did fall 10 percentage points since the last poll was conducted in October 2020.

Medellín’s Daniel Quintero was also dealt a blow by voters, down 12 points from 67% to 55% – also after four months – yet still secure in positive opinion territory. Cali’s Jorge Iván Ospina fared poorly, with an approval rating of 38%. Ospina is embroiled in a scandal over excessive costs for hosting the Cali Fair in December, despite curfews and hospitals overwhelmed with coronavirus patients.

While polls have to be taken at face value, Claudia López has spent almost her entire first year in office managing a pandemic that has infected 600,000 residents and resulted in 12,300 deaths.

Elected with more than 1.1 million votes as the Green Party candidate, and highest vote count in recent history for a Bogotá Mayor, Claudia López may have lost some ground with voters, yet her center-left base remains loyal despite her generating debate on social media by expressing contempt for certain actions by the national government such as a No-Tax Day which she dubbed “Covid-19 Friday,” to blaming President Duque for not handing-over the first batch of 305 ventilators for city’s ICUs.

On Wednesday, Mayor López, once again, raised the prospect of a potential showdown with the national government over vaccines by insinuating that “something strange must be happening. Today, January 28, we do not have any confirmation of the quantity or date of vaccinations in Bogotá. This is a calamity.”

The recurring blame game regarding President Duque’s pandemic management and whose approval rating is 36% according to Invamer, appears to have dissipated even though she recently signaled – without mentioning names – that several right-wing politicians of ruling party Centro Democrático were using a vote recall movement to launch their campaigns.

Both López and Quintero appeared at the National Electoral Council (CNE) to defend their administrations after citizens presented a petition to revoke their mandates. The process entails collecting no less than 40% of the signatures obtained in votes by a mayor or governor, which for López, would amount to at least 440,000.

The framework of Law 134 stipulates that “signatures must contain reasons to support the breach of the Government program,” before being validated by the National Registrar. With an approval rating of 61%, while rival pollsters Gallup place López at 71%, the recall process has already faced opposition from City Councillors as untimely, costly and risky given the coronavirus health emergency. During the first encounter Monday at the CNE, López listened to disgruntled residents and struck a conciliatory tone: “We have been so focused on the pandemic, on taking care of ourselves, on the challenges and needs of the pandemic, that we may not have done enough to explain to citizens what we are doing.”

Bogotá registered an additional 3,147 new cases of coronavirus on Wednesday of the nation’s 12,270, and numbers more than half of those reported by the National Institute of Health on January 15 as the second wave of infection was peaking.