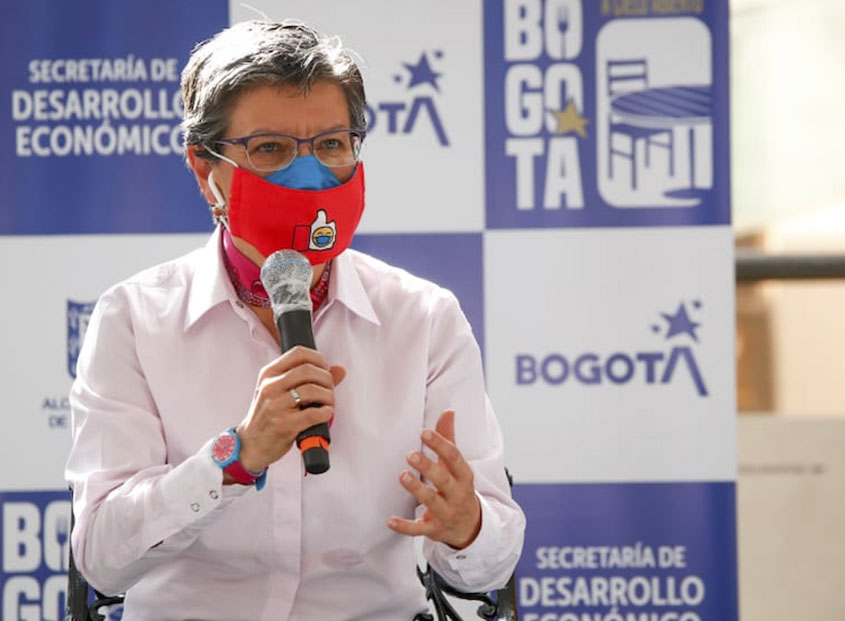 Official unemployment in Colombia almost doubled in June compared to the same period last year when the country’s statistic entity DANE put the number at 10.7%. For July, 2020, the number soared to 20.2% with Bogotá registering even higher numbers of unemployed at 26.1%.

According to DANE, women account for 67% of all lost jobs in the capital, and gender most at risk to the economic downturn caused by the coronavirus pandemic. The increase of 9.5% represents an additional 4.14 million out of work and this without measuring high numbers of already informal workers and laborers earning less than the monthly minimum wage of $877,803 pesos (US$250).

As Colombia began its first day without Obligatory Preventive Isolation as decreed under the National Health Emergency, and which quarantined 45 million citizens for more than five months, the objective of President Iván Duque’s government is to jump-start the nation’s economic engine by lifting on September 1 all restrictions on transportation, from privately-owned vehicles permitted again on roads, to inter-municipal connectivity and opening of the country’s largest airport and regional hub El Dorado to domestic flights.

With the first flights underway in the morning to Medellín, Cartagena, Barranquilla, Bucaramanga and Cali, Bogotá Mayor Claudia López used social media to criticize the national government for authorizing a loan of up to US$370 million to save the nation’s flagship airline Avianca, while “millions of unemployed, micro-businesses, merchants and mass transportation systems, have been asking for loans and rescue plans for months without receiving any response.” Mayor López’s Tweet, however, failed to acknowledge her administration’s responsibility in contributing to an additional 691,000 unemployed in Bogotá during district decreed lockdowns that were strictly enforced by the Metropolitan police.

López’s embittered comment was met with a direct response from Diego Molano, the Presidential Administrative Director, stating: “Mayoress, a country without airplanes is like a trail without mules. How to reactivate without tourists, exports and investment? The Natl Govt supports 35,000 small businesses and 1.3 million workers in Btá… and you?”

Vitriolic outbursts by Mayor López targeting the national government’s response of the pandemic began with the issue of ventilators for Bogotá, and demands for precise deadlines for their hand-over. Then came a barrage of criticism of Duque’s gradual re-opening of key economic sectors by easing the national quarantine and promoting the reactivation of commerce with a Tax-Free Day. In June, López emphatically stated “that over my dead body,” could the government proceed with the reopening of El Dorado before September.

The most recent exchange over the future of an airline that transports 50% of the nation’s passengers, and only registered Colombian carrier to connect the capital with global hubs, reveals the Mayor’s misinformed understanding of the global airline industry. On Tuesday, in another Tweet, López affirmed that because of a family connection between President Duque and a senior executive at the airline, the “government favored Avianca, a foreign airline, bankrupt, with terrible service like almost all quasi-monopolies.”

López would have been wise to consult with experts as Avianca’s domestic rivals Viva Air belongs to Ireland’s Declan Ryan of low-cost Ryanair, and Latam Colombia is a subsidiary of Chile’s Latam Group. In terms of regional airlines, Satena belongs to the Colombian Air Force, hence, all government-owned and privately-owned Easy Fly operates a small fleet of turboprop aircraft.

The highly subjective remark to 2.4 million followers that Avianca has “terrible service,” belittles the second-most important office in the country, and sadly for Bogotá at a critical moment in which new coronavirus cases are decelerating.  Having reduced the pandemic discourse to personal opinion, Mayor López now faces the daunting task of trying to recover some 460,000 lost jobs that belonged to women, many single-income earners from the city’s most vulnerable households.