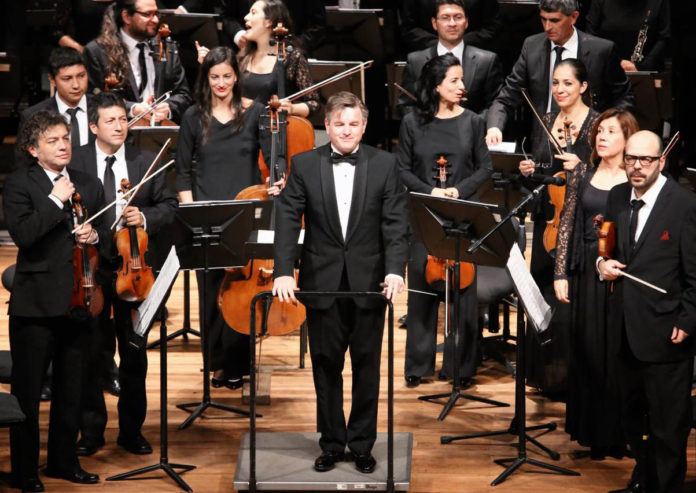 Swedish conductor Joachim Gustafsson has been named the music director of the Bogotá Philharmonic Orchestra (OFB). The appointment of the Scandinavian violinist was confirmed after a secret ballot by more than 100 musicians, and based on a 10 candidate short-list presented by the orchestra’s management. Gustafsson begins his tenure at OFB as of July 1.

Gustafsson has been a regular guest conductor of the OFB since 2011, and has helped the development of youth orchestras and teaching young conductors in the Colombian capital.

After studying in Vienna, the Swedish conductor began directing many of Scandinavia’s most prestigious opera houses and orchestras, among them, Gothenburg Symphony Orchestra, Staats­theater Darmstadt, Ulmer Opera, Malmö Opera, Danish National Opera, Odense Symphony Orchestra, Aarhus Symphony Orchestra, and Copenhagen Philharmonic. He made his operatic debut with Verdi’s Otello at the Royal Swedish Opera in Stockholm.

Gustafsson’s musical repertoire as conductor encompasses the premieres of over 200 new musical works, including the 2014 award-winning opera The Picture of Dorian Gray by Danish composer Thomas Agerfeldt Olesen. The critically-acclaimed premiere resulted in a DVD by the Da Capo label. As guest conductor of the Malmö Symphony, Gustafsson featured the works of Swedish composer Tommie Haglund, Richard Strauss’ Der Rosenkavalier and Poulenc’s Dialogues de Carmelite. The music director has also an extensive repertoire conducting the complete Beethoven cycles and Brahms symphonies.

The Swedish maestro is also a mentor in DIRIGENT, a conducting program that aims to give female conductors the opportunity to develop their skills with leading orchestras.