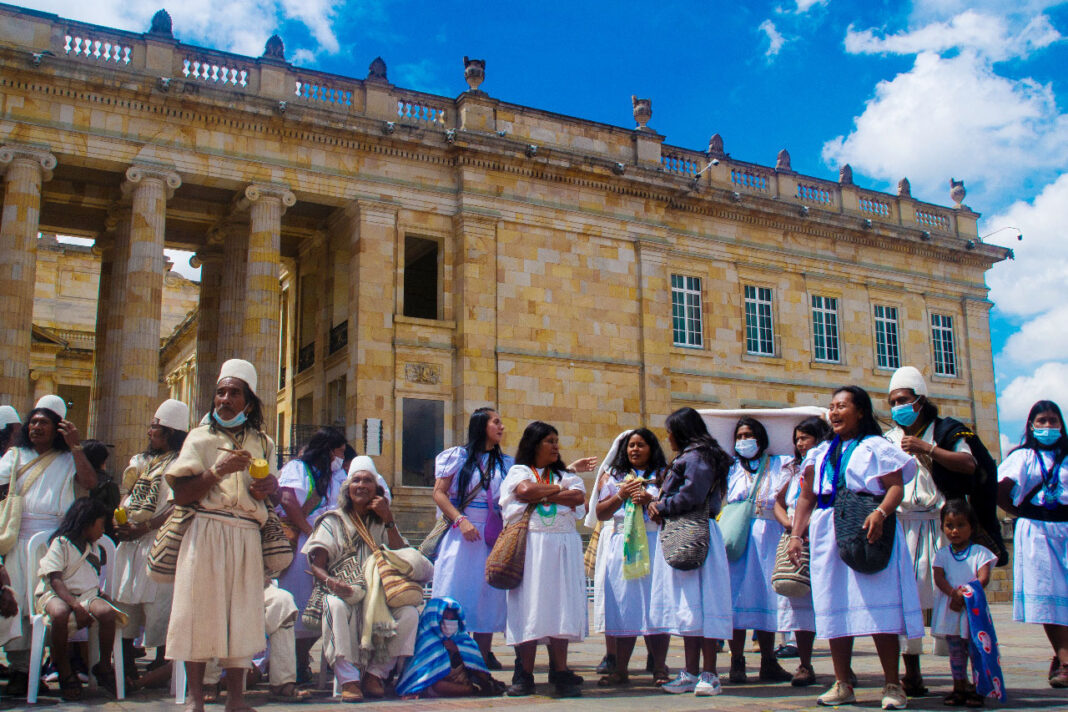 The Arhuaco indigenous peoples of the Sierra Nevada de Santa Marta sent a 100-strong delegation of their spiritual leaders – Mamos – to Bogotá to petition the national government to do more for the environmental and cultural protection of their ancestral homeland. This is the first time, Mamos from the world’s highest coastal mountain range have come to Bogotá, and their visit included a pilgrimage to the top of Monserrate where they performed a sacred “cleansing” ritual.

“We invite all Colombians to accompany us in caring for Mother Earth, water and rain, which are the life of our existence,” remarked indigenous leader Tomar Torres. The Arhuaco also asked the government to enforce strict conservation of the Sierra Nevada de Santa Marta, and which includes, protection of environmental defenders and community leaders. “We come with a message of peace with nature, interconnected from the snowy peaks of the Sierra to the Amazon,” highlighted Torres.

The visit coincided with the COP26 Climate Summit in Glasgow, where President Duque committed the country to being carbon neutral by 2050, and by next year, 30% of the nation’s ocean and land territory designated as “protected area.”  The four indigenous tribes that inhabit the Sierra Nevada – Arhuaco, Wiwa, Kogi, Kankuamo – face similar environmental threats as those of other groups in Colombia, among them deforestation for extensive cattle ranching, coca cultivation, illegal gold mining or fossil fuel extraction. “We come to Bogotá to defend our autonomy and territory,” stated Zarkunawi Torres. “And to work to protect future generations from environmental extermination.”

The Sierra Nevada de Santa Marta includes PNN Tayrona National Park and one of the great archaeological wonders of South America, the “Lost City” or Ciudad Perdida. The mountain range ecncompasses 17,000 square km of the departments of La Guajira, Magdalena and Cesar. 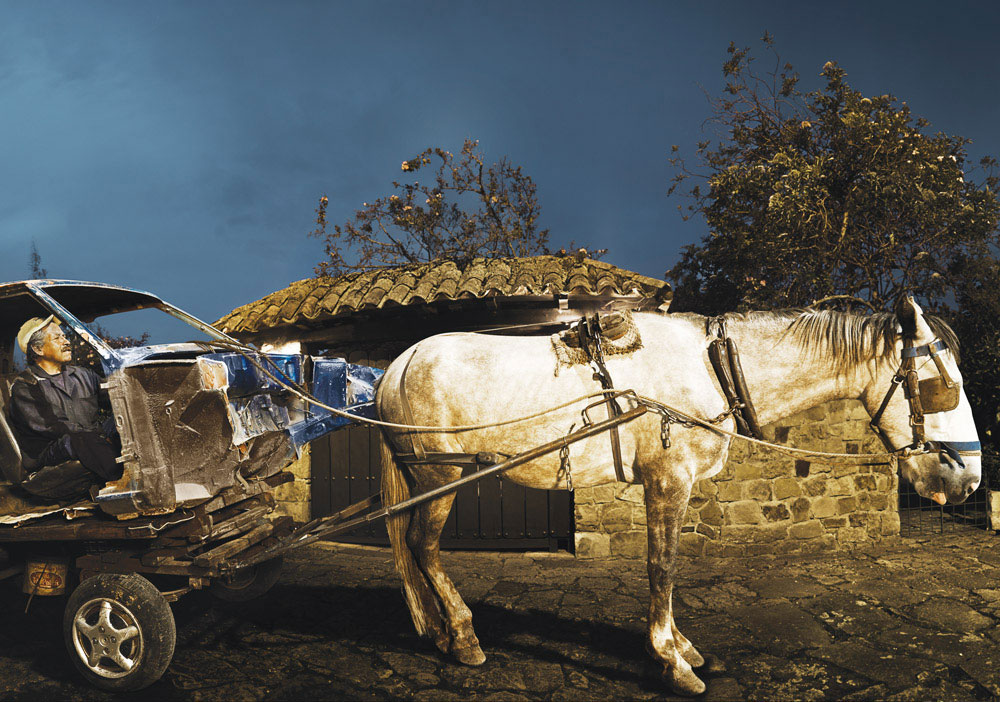 One horse power at a time